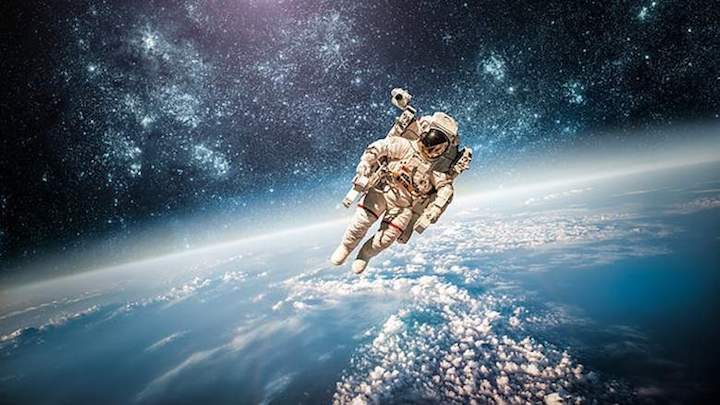 KT speaks to Salem Al Marri, the director general of the MBSRC, about the UAE's first space mission.

Come July and you will know who are the Emirati astronauts to be trained for the UAE space mission. And in April next year, the first Emirati astronaut will jet off to the International Space Station (ISS) as part of the country's ongoing efforts to further promote space exploration.

As the astronaut for the 10-day-long mission will be selected and will fly into space on board the Russia's Soyuz-MS spacecraft to reach the ISS, the UAE is all set to make a historical achievement early next year.

On Wednesday, the Mohammed Bin Rashid Space Centre (MBRSC) signed an agreement with the Russian Space Agency, Roscosmos, regarding this mission.

"The journey that we started 12 years ago is beginning to bear fruit. Our vision to develop the national space sector is being realised with the development of a spacecraft, the construction of our first local satellite manufacturing facility, the training being given to Emirati astronauts, and the launch of a comprehensive scientific and research programme. We will celebrate the 50th anniversary of the UAE in 2021, and we will gift these accomplishments to our future generations so that their dreams will always start from the sky," His Highness Sheikh Mohammed bin Rashid Al Maktoum, Vice-President and Prime Minister of the UAE and Ruler of Dubai, said.

Salem Al Marri, assistant director-general of MBSRC, spoke to Khaleej Times and said the astronaut will take off from Russia in April.

"The mission has been selected but we are in the process of going through the astronaut selection, which we plan to complete in the next two weeks to a month. Then, we will select our astronaut core of four astronauts, which we previously stated. After that, we will choose the primary and backup for this mission. Then, they will go into training for this specific mission which will happen in April," Al Marri said.

Four candidates will be selected from the 95 shortlisted applicants aged between 23 and 48 years, as part of the UAE Space Programme announced in April 2017.

He also pointed out that the training for the astronaut core will depend on the type of mission he or she will be assigned. "As we have an astronaut core of four astronauts, and depending on the types of missions that they have, there is a level of training. For a 10-day mission, they will be trained for eight to nine months. For a stay of a month or longer, they will be trained for a longer period of time," Al Marri said.

The agreement has caused "excitement" at the MBRSC and in the rest of the UAE, according to Al Marri. The agreement was signed on the sidelines of Unispace+50, a symposium and special high-level meeting of the Committee on the Peaceful Uses of Outer Space (COPUOS), being held in Vienna from June 18 to 22.

"People can actually see the first steps of our mission and that is really exciting for not only them, but for everyone at the space centre as well. The atmosphere has been great and we're really excited as this is quite historical," he said.

Key points of the mission

· The mission will take off from Russia

· The astronaut core of four will be chosen later this year

· Training for a 10-day mission can last up to eight to nine months, according to Al Marri