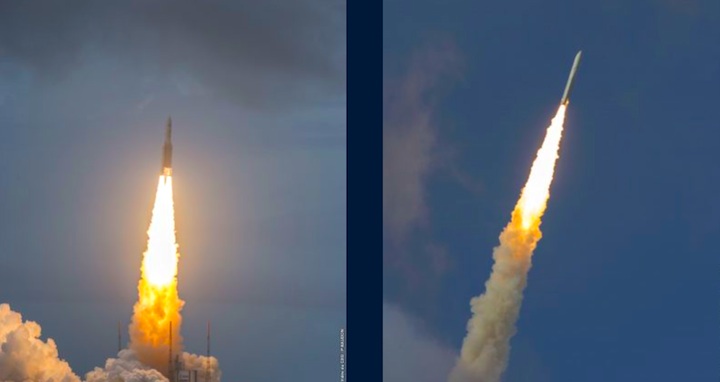 Arianespace expects to maintain a sustained launch pace in 2017:

Arianespace: a pivotal role in the new governance structure for the European launcher industry

This past year was key to the future of European launchers, based on several decisive developments:

During an international press conference held in Paris, Arianespace Chairman and Chief Executive Officer Stéphane Israël said: “With 11 successful launches in 2016 – marked by new performance, reliability and availability records set by our three launch vehicles: Ariane 5, Soyuz and Vega – we met all commitments to our customers. Our order book now stands at 5.2 billion euros, including slightly more than one billion euros in new orders, and we have annual revenues of approximately 1.4 billion euros, clearly reaffirming our leadership in the commercial launch services market and our commitment to making life better on Earth.

“Benefitting from a new governance and the confirmation of the future Vega C and Ariane 6 launchers, Arianespace is now fully prepared to guarantee independent access to space for Europe, and to continue our leadership in the commercial launch services market for the next decade.”

To use space for a better life on earth, Arianespace guarantees access to space transportation services and solutions for any type of satellite, commercial as well as institutional, into any orbit. Since 1980, Arianespace has placed more than 540 satellites into orbit with its family of three launchers: Ariane, Soyuz and Vega, from launch sites in French Guiana (South America) and Baikonur, Kazakhstan (central Asia). Arianespace is headquartered in Evry, France near Paris; and has a facility at the Guiana Space Center, Europe’s Spaceport in French Guiana; plus local offices in Washington, D.C., Tokyo and Singapore.