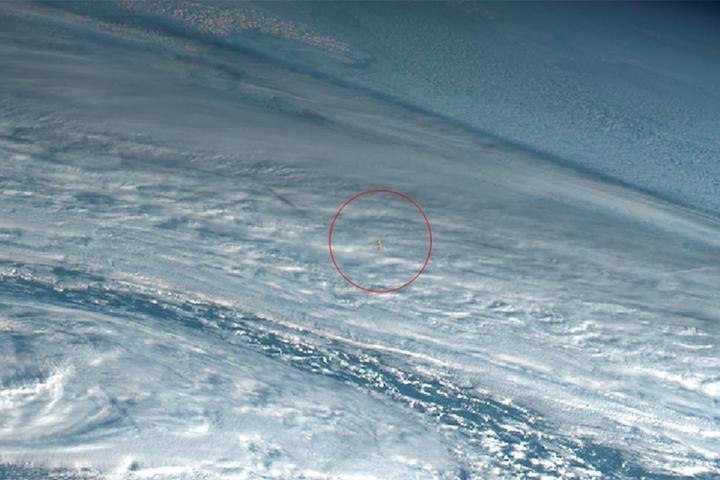 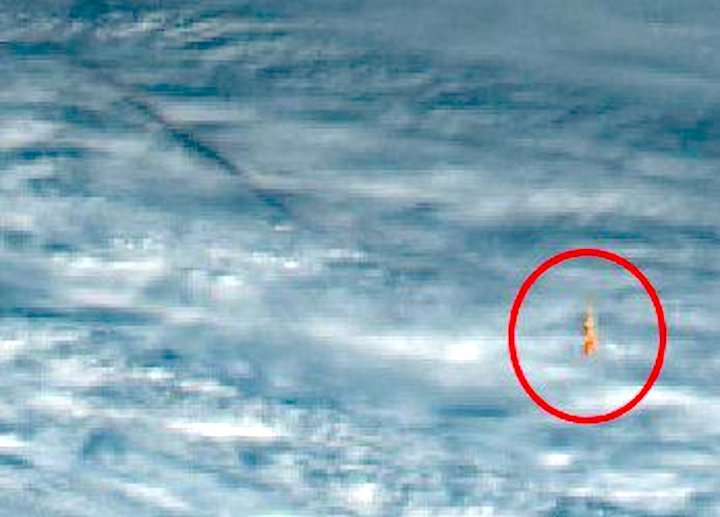 A huge fireball exploded in the Earth's atmosphere in December, according to Nasa.

The blast was the second largest of its kind in 30 years, and the biggest since the fireball over Chelyabinsk in Russia six years ago.

But it went largely unnoticed until now because it blew up over the Bering Sea, off Russia's Kamchatka Peninsula.

The space rock exploded with 10 times the energy released by the Hiroshima atomic bomb.

Lindley Johnson, planetary defence officer at Nasa, told BBC News a fireball this big is only expected about two or three times every 100 years.

What do we know?

At about noon local time on 18 December, the asteroid barrelled through the atmosphere at a speed of 32km/s (20 miles per second) , on a steep trajectory of seven degrees.

Measuring several metres in size, the space rock exploded 25.6km above the Earth's surface, with an impact energy of 173 kilotons.

"That was 40% the energy release of Chelyabinsk, but it was over the Bering Sea so it didn't have the same type of effect or show up in the news," said Kelly Fast, near-Earth objects observations programme manager at Nasa.

"That's another thing we have in our defence, there's plenty of water on the planet."

Dr Fast was discussing the event here at the 50th Lunar and Planetary Science Conference in The Woodlands, near Houston, Texas.

Military satellites picked up the blast last year; Nasa was notified of the event by the US Air Force.

Dr Johnson said the fireball came in over an area not too far from routes used by commercial planes flying between North America and Asia. So researchers have been checking with airlines to see if there were any reported sightings of the event.

In 2005, Congress tasked Nasa with finding 90% of near-Earth asteroids of 140m (460ft) in size or larger by 2020. Space rocks of this size are so-called "problems without passports" because they are expected to affect whole regions if they collide with Earth. But scientists estimate it will take them another 30 years to fulfil this congressional directive.

Once an incoming object is identified, Nasa has had some notable success at calculating where on Earth the impact will occur, based on a precise determination of its orbit.

In June 2018, the small 3m (10ft) asteroid 2018 LA was discovered by a ground-based observatory in Arizona eight hours before impact. The Center for Near-Earth Object Studies at Nasa's Jet Propulsion Laboratory (JPL) then made a precision determination of its orbit, which was used to calculate a probable impact location. This showed the rock was likely to hit southern Africa.

Just as the calculation suggested, a fireball was recorded over Botswana by security camera footage on a farm. Fragments of the object were later found in the area.

How can monitoring be improved?

The latest event over the Bering Sea shows that larger objects can collide with us without warning, underlining the need for enhanced monitoring.

A more robust network would be dependent not only on ground telescopes, but space-based observatories also.

A mission concept in development would see a telescope called NeoCam launched to a gravitational balance point in space, where it would discover and characterise potentially hazardous asteroids larger than 140m.

Dr Amy Mainzer, chief scientist on NeoCam at JPL, said: "The idea is really to get as close as possible to reaching that 90% goal of finding the 140m and larger near-Earth asteroids given to Nasa by Congress.

She said that if the mission did not launch, projections suggested it would "take us many decades to get there with the existing suite of ground-based surveys".

Dr Mainzer added: "But if you have an IR-based (infrared) telescope, it goes a lot faster."