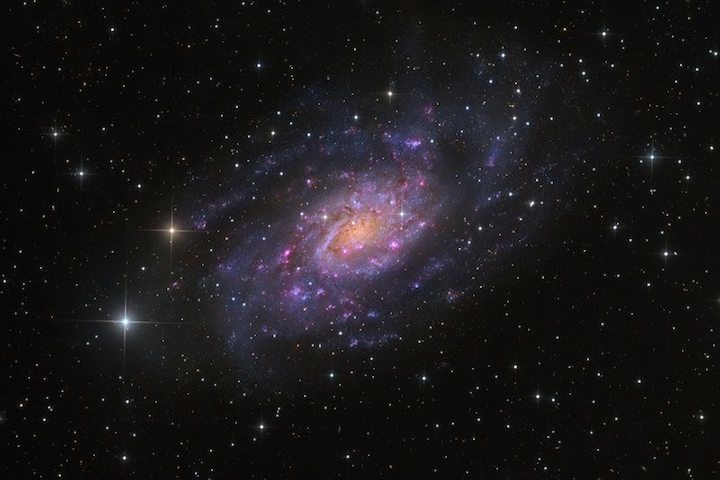 Every night, supernova surveys sweep their nets through the dark like fishing trawlers, searching for stars that suddenly brighten. What they find comes back to Earth through emails, text alerts and Twitter.

Some of these exploding stars turn out to be valuable to astronomers. Cosmologists are obsessed with finding different supernovae that flare up to the same luminosity, essential for gauging the age, size and ultimate fate of the universe. Astrophysicists want to know how massive stars detonate by collapsing onto themselves.

And then there are the rejects, the underappreciated: the supernovae that aren’t. Instead of obliterating themselves, the stars that create these impostor explosions somehow survive to fight – and probably, blow up again – another day. Each of these cases is different. But one of the weirdest and most mysterious is a supernova called 1954J.

The supernova that wasn’t

The trouble started in 1950. A star 8 million light years away in the galaxy NGC 2403 began flickering, doubling in brightness and then dipping back down within the span of a week or so. Something was wrong.

Then: outburst. Between April and November 1954, the star brightened, outshining every other object in its galaxy. But long after the dust cleared, it was still there, still shining, but dimmer than before.

It isn’t unique. In the 1600s, the star P Cygni blazed up and faded away several different times. And the enormous star Eta Carina went into full tantrum mode in a huge eruption in 1837 before settling down. But by 1954J, we had better astronomical techniques to start cracking the case.

It was clear that 1954J had been through some sort of eruption, like these other examples. The forensics were tough, though. For starters, it wasn’t alone: with higher-resolution images, astronomers eventually figured out the supernova impostor was crowded together with four close neighbours.

Now astronomers are claiming they understand what went down.

Flirting with the limit

According to work led by Roberta Humphreys at the University of Minnesota, the star that became 1954J was probably born at a mass of around 20 times that of our sun and was humming along to the end of its life when disaster struck.

The star was shedding its outer layers, slimming down and thus losing its gravitational pull. As it did, its Eddington limit lowered – that’s the most luminous a star can get without blowing itself apart, a theoretical consideration that all stars must limbo under. 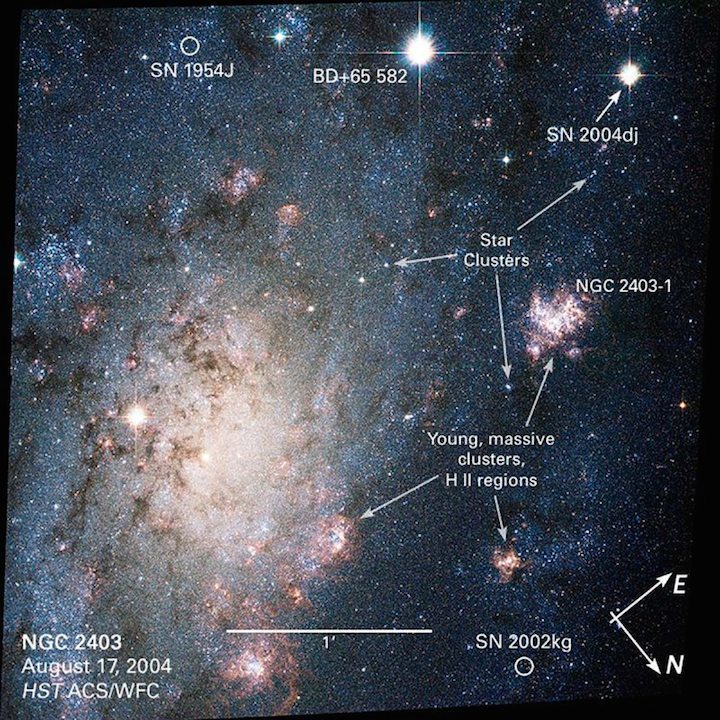 Then, without enough gravity to contain its own energy, the star coughed away more of its atmosphere into a massive, glowing cloud of gas and dust grains. That ejecta continued to expand in the following decades. And the star, now maybe with a mass of only 10 times the sun, still smolders inside.

This scenario would solve the mystery of what happened in 1954, and explain the various spectral features of the aftermath. But it’s not the end of the story.

1954J is still probably not headed to peaceful retirement. Modern supernova hunters have identified a class of explosions called Type IIn that seem to occur when stars that are surrounded by clouds of material explode. Sound familiar?

In Humphreys’s view, the supernova hunters need only wait for one of the ones that got away to return with a proper, appropriately final blast. When what remains of 1954J collapses on itself and detonates in the middle of its own debris cloud, it is likely to fit into this Type IIn category.

It could take as little as a few thousand years, she says. “This star may not have much longer.”