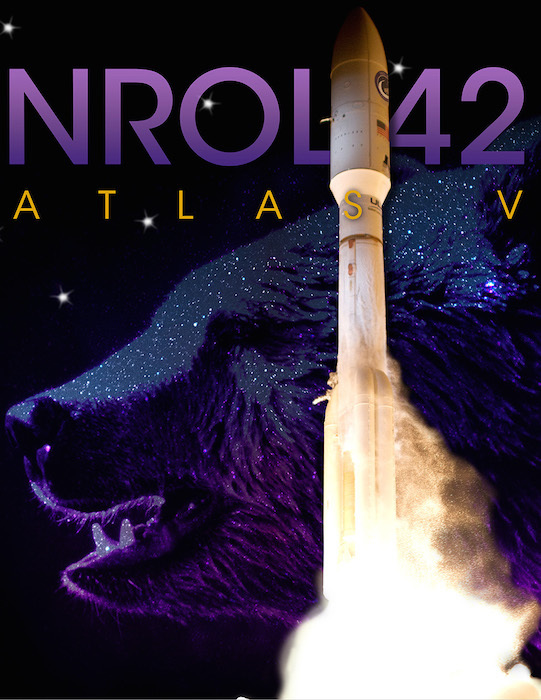 Launch Notes: This launch will be ULA’s sixth of 2017 and 121st overall. NROL-42 will be the 25th mission that ULA has launched for the National Reconnaissance Office (NRO) since the company was founded in 2006. This mission will mark the 73rd Atlas V launch since its inaugural launch on Aug. 21, 2002.
Quelle: ULA

After being delayed by Hurricane Irma, an Atlas V rocket at Vandenberg Air Force Base has a new launch date.

Liftoff of the United Launch Alliance booster is now planned for Sept. 21 from Space Launch Complex-3 on South Base.

The launch window remains classified for the mission dubbed NROL-42 since the rocket will carrying payload for the National Reconnaissance Office.

The targeted launch time is 10:38 p.m., but the launch window does not extend beyond 11:30 p.m. based upon the notice to mariners warning boaters to remain away from the ocean off South Base.

ULA officials announced Sept. 8 that the mission was delayed a week to allow ULA crews temporarily working at Vandenberg to return home before Hurricane Irma, brewing in the Atlantic Ocean at the time, was set to hit Florida.

Following Atlas, at least two launches are planned from Vandenberg in October.

At 6:06 a.m. Oct. 4, a Space Exploration Technologies Falcon 9 rocket is set to lift another 10 Iridium Next satellites into orbit amid a push to replace the constellation of craft that allow communications anywhere on the globe.

Planet’s six SkySat and four Dove spacecraft have all been designed and manufactured in the San Francisco Bay Area. 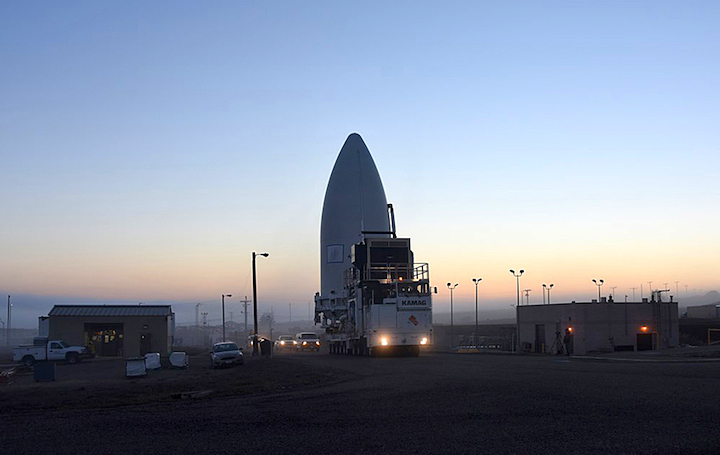 With the spacecraft safely tucked in the Atlas V rocket’s payload fairing, a truck transports the cargo to Space Launch Complex-3 at Vandenberg Air Force Base to be place atop the rocket. (United Launch Alliance photo)
-

For the second time this year an Atlas V rocket at Vandenberg Air Force Base is ready to carry clandestine cargo for the nation’s spy satellite agency Thursday night, assuming weather cooperates.

Liftoff of the United Launch Alliance space booster from Space Launch Complex-3 on South Base is planned during a period opening at 10:38 p.m. Thursday.

Due to the hush-hush mission, the length of the launch window remains unknown, but isn’t expected to extend beyond 11:35 p.m. based upon notices warning boaters to remain out of the area.

Workers were completing their final chores while mission managers will conduct their final reviews toward giving the mission the green light to launch.

The mission, dubbed NROL-42, will carry a payload for the National Reconnaissance Office which typically remains mum about specific capabilities of its craft.

“It ultimately provides capability to the warfighters,” he added.

His squadron, mostly made up of active-duty military members and a few civilians, provides a mission assurance role while rockets are readied for flight.

“Every mission has unique requirements and every mission has unique challenges. Both the space vehicle and the launch vehicle are very complex machines so we do run into some technical issues,”​ Decket said. “Anytime there's something with elevated risk we step back and we perform that independent look. ... Our focus is to ensure these critical payloads make it to orbit.”

They also help facilitate communication among various organizations spread across the base and around the country, he added.

The launch will mark the first for Decker since assuming command of the squadron during the summer, after earlier serving in the unit eight years ago.

“Every launch there’s excitement,” he added.

This mission was delayed a week due to Hurricane Irma in the Atlantic Ocean, to allow ULA employees from Florida that were working at Vandenberg time to return to the East Coast to focus on the safety of their families and homes.

“This launch is the culmination of many months of work by United Launch alliance, the National Reconnaissance Office and the 30th Space Wing,” said Col. Gregory Wood, 30th Space Wing vice commander. “All of Team Vandenberg is dedicated to mission success and proud to play a part in delivering these capabilities to our nation.”

This will be ULA’s sixth launch of 2017 including missions from Florida and California., and comes six months after another Atlas launch of a different NRO mission from the same launch pad.

The Atlas V launch pad, notable with its gigantic white mobile service tower, is visible on the horizon looking south of Highway 246 from spots around the Lompoc Valley.

While Vandenberg has restricted access, there are several spots around the Lompoc Valley offering views including the peak of Harris Grade Road, West Ocean Avenue or locales in Vandenberg Village.

However, Vandenberg officials do not plan to open the Hawk's Nest viewing site for this launch. 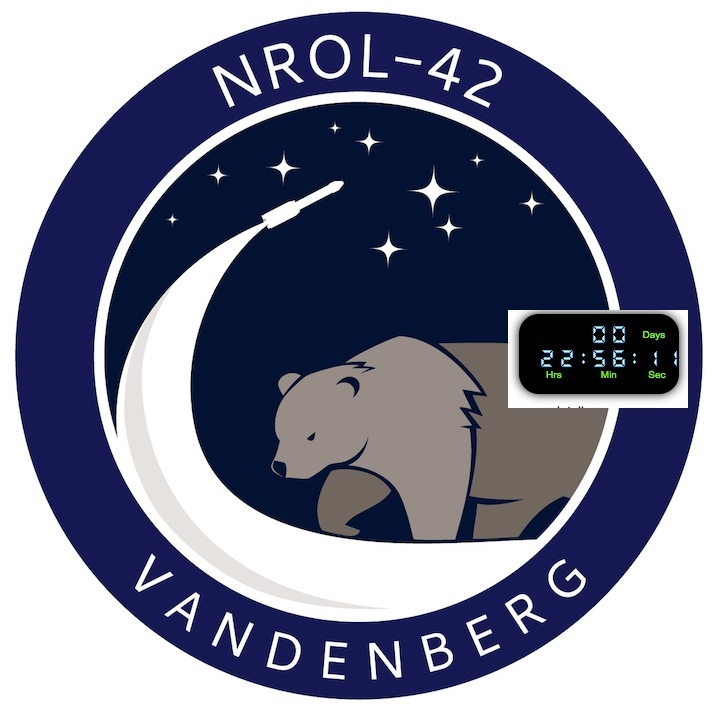 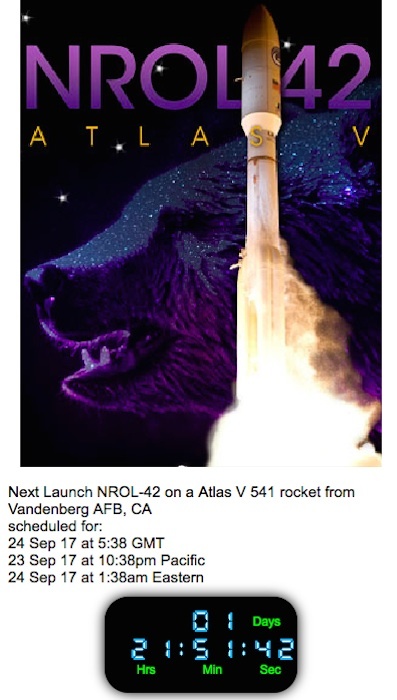 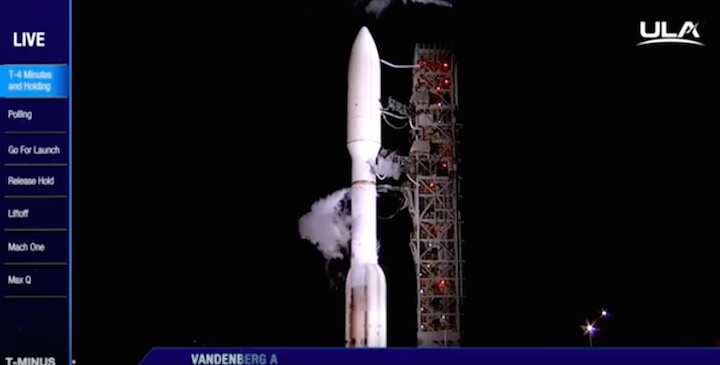 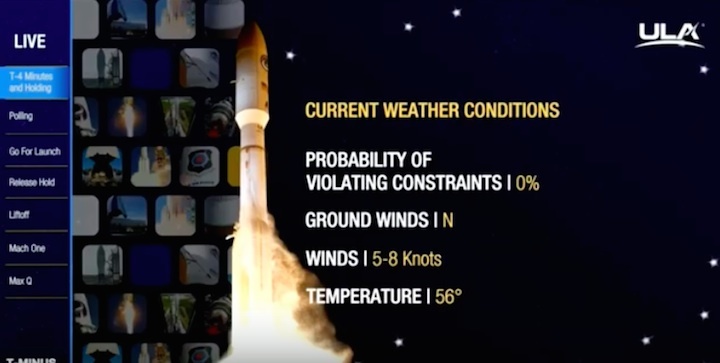 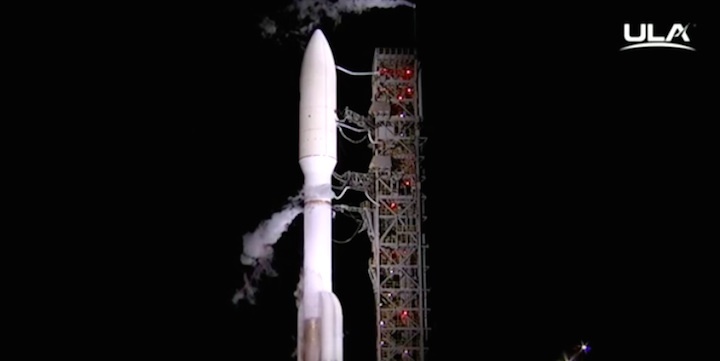 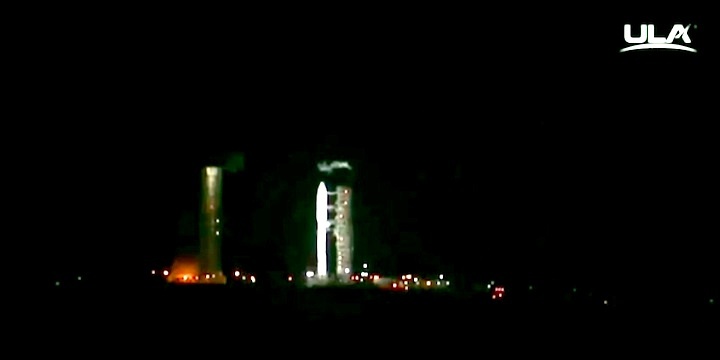 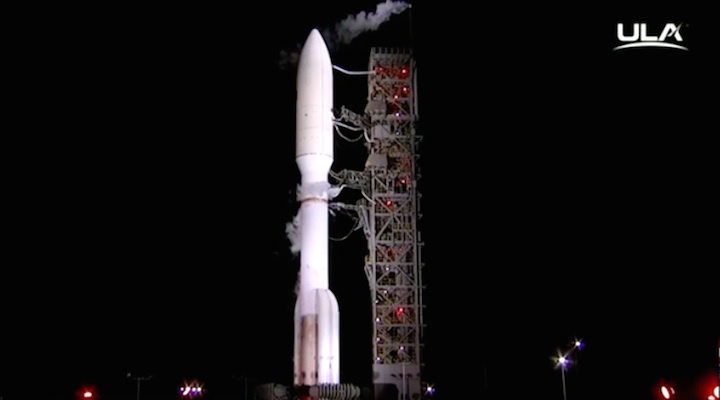 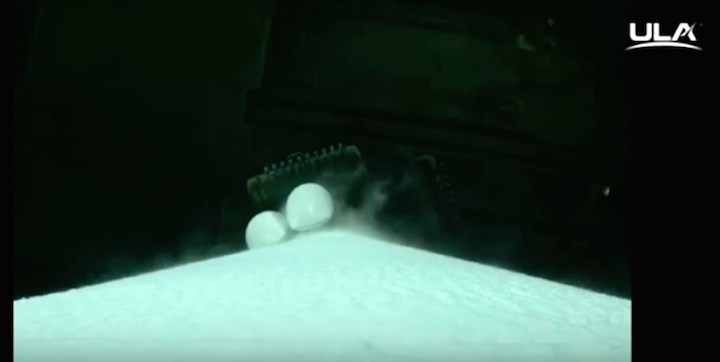 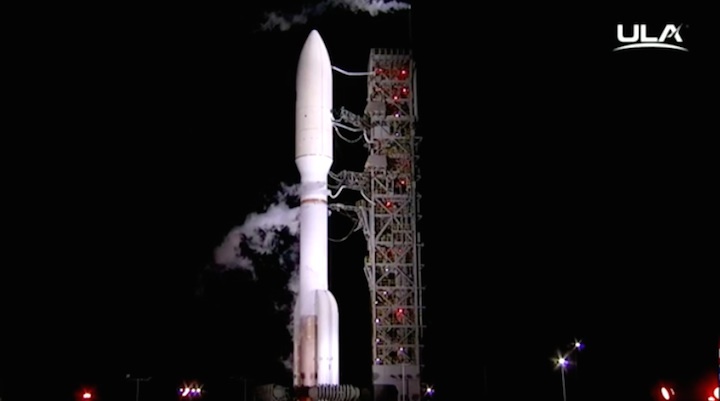 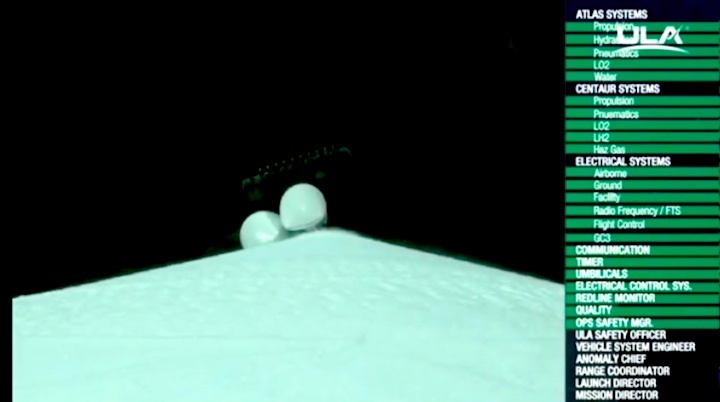 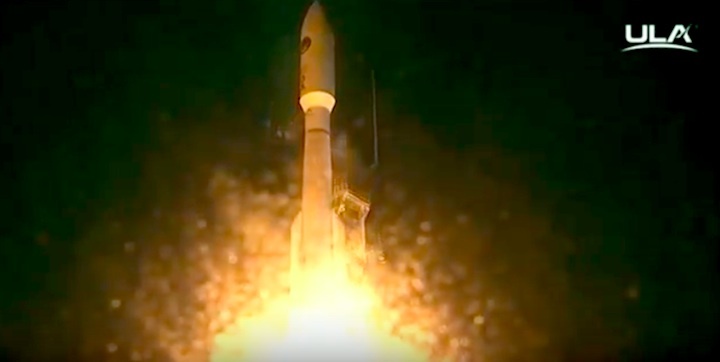 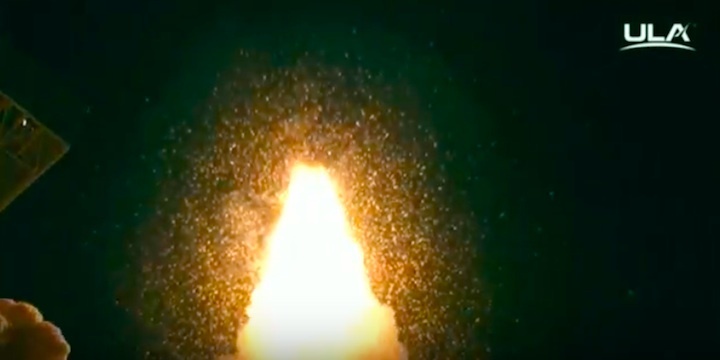 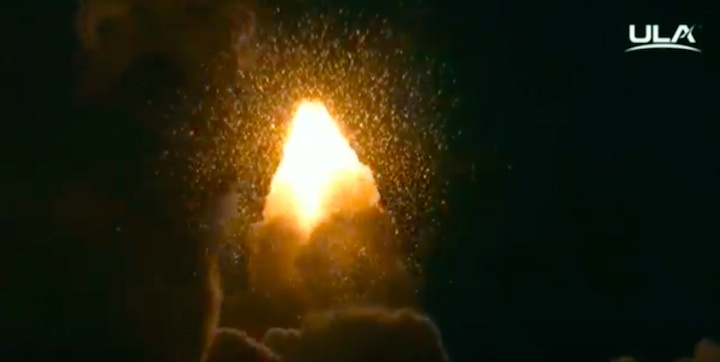 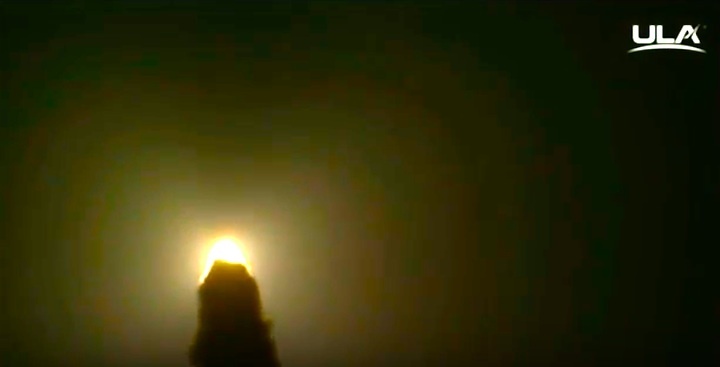 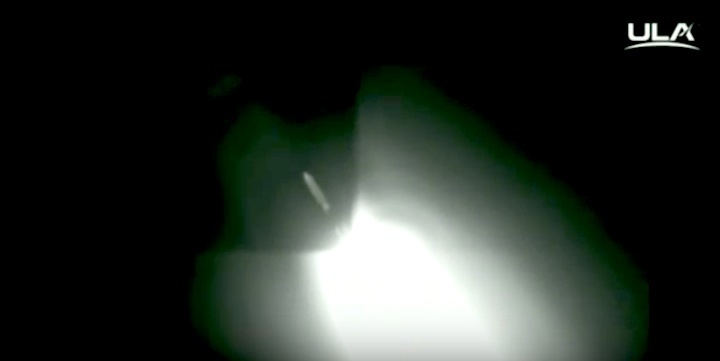 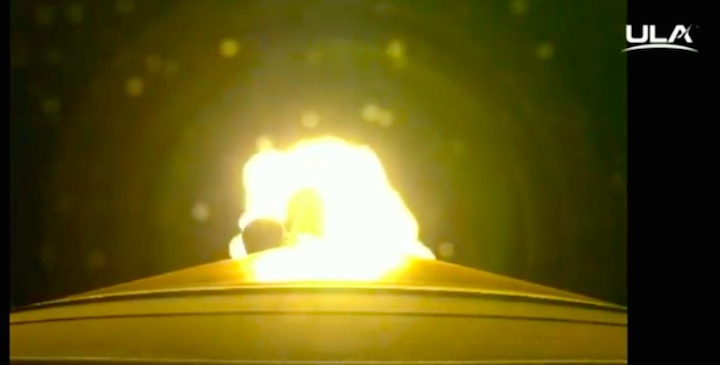 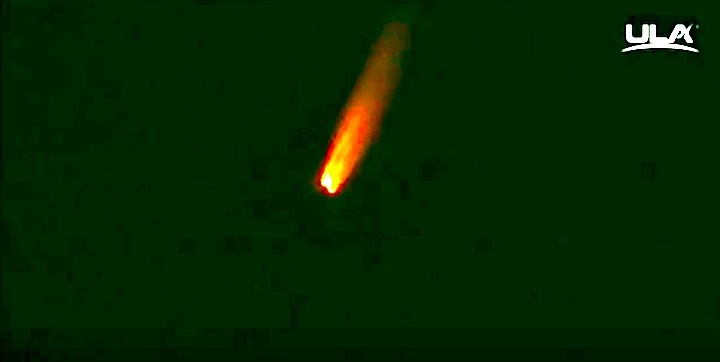 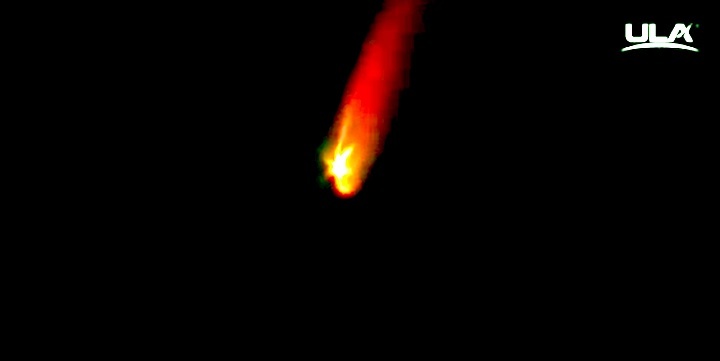 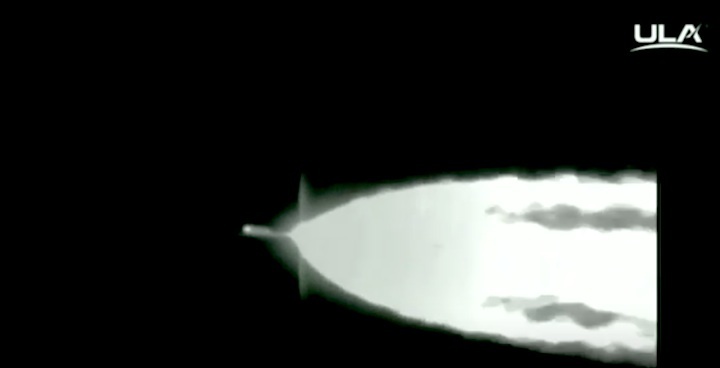 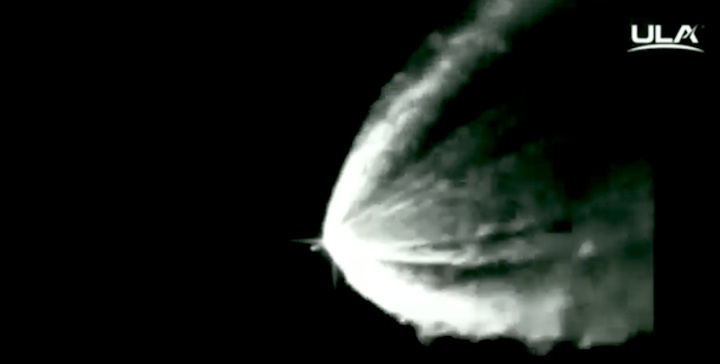 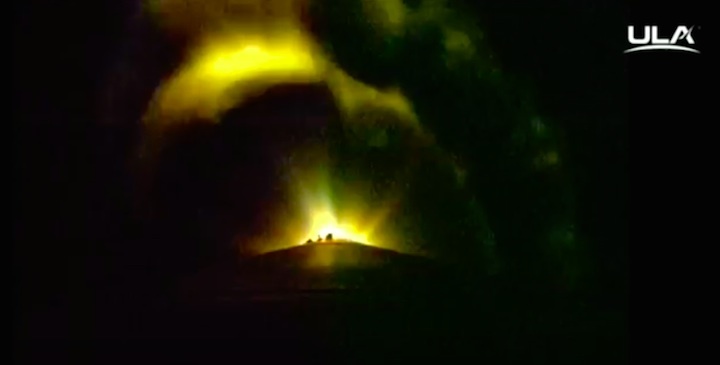 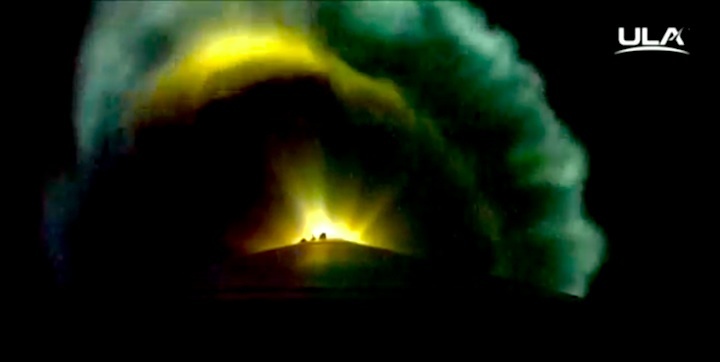 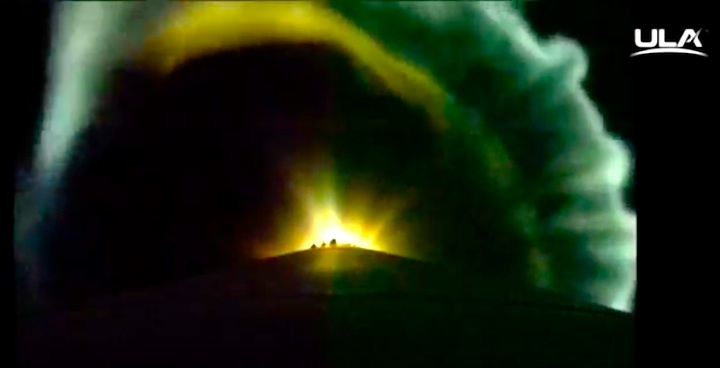 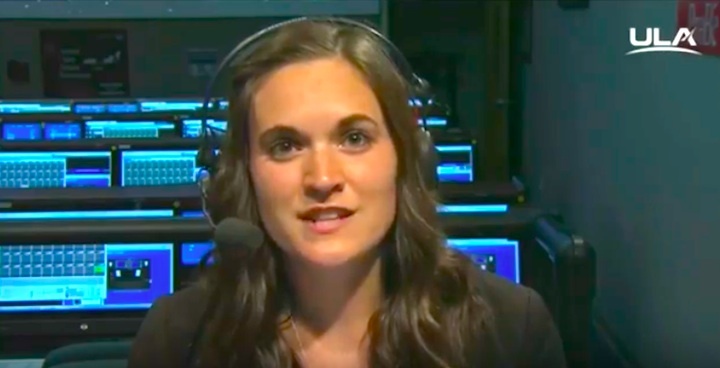 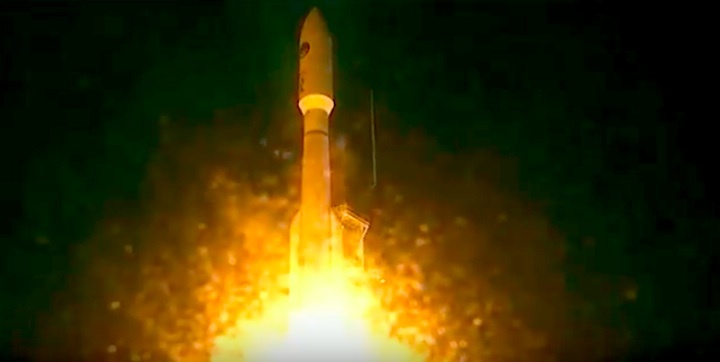