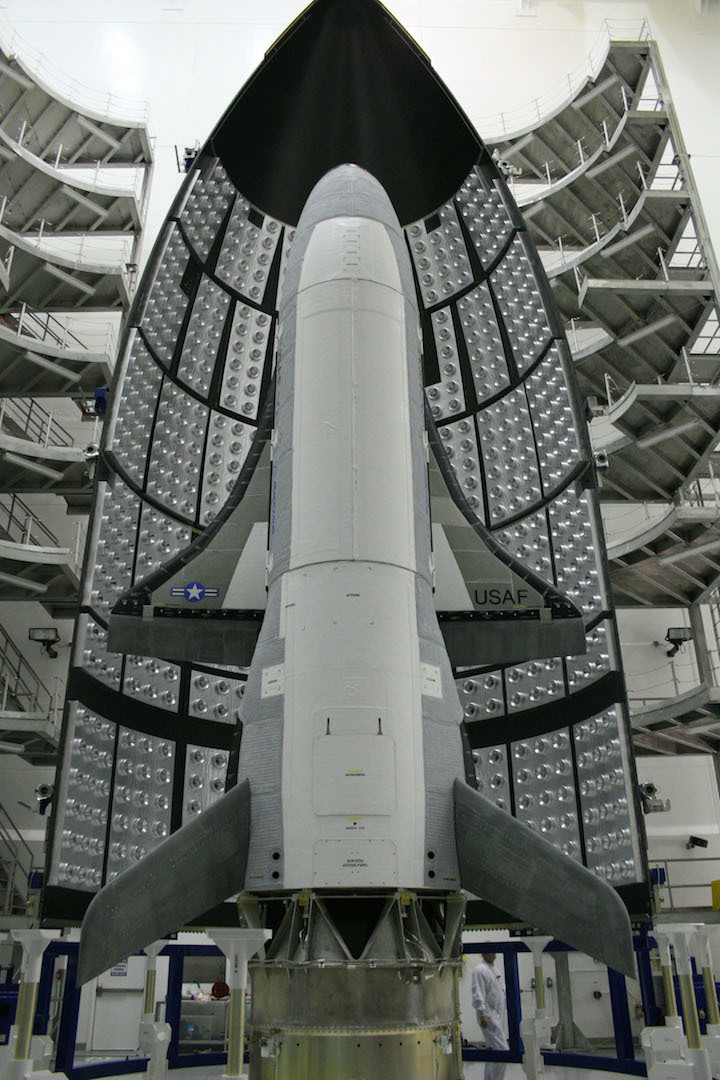 The Air Force has selected SpaceX to launch in August the fifth mission of the classified X-37B Orbital Test Vehicle -- a payload that will test the performance of experimental electronics in the space environment.

The X-37B is managed by the Air Force's Rapid Capabilities Office, and its mission is largely classified. In a June 6 press release, RCO director Randy Walden said the spaceplane's fifth mission will build on the fourth, which returned May 7 after 718 days on orbit. Walden said the decision to use a SpaceX vehicle opens up new opportunities for "flexible and responsive launch."

"The ability to launch the Orbital Test Vehicle on multiple platforms will ensure a robust launch capability for our experiment designers," Walden said. "We are excited about this new partnership on creating flexible and responsive launch options and are confident in SpaceX's ability to provide safe and assured access to space for the X-37B program."