Freitag, 27. Juli 2012 - 09:00
NASA is pressing to use everything from robots to Russians in an effort to stretch the crew time available for research on the U.S. side of the International Space Station (ISS).
William Gerstenmaier, NASA’s associate administrator for human exploration and operations, says he is “narrowing down” the list of candidates he will select as early as this week for the agency’s Commercial Crew Integrated Capability effort, which will provide substantial seed money for at least three private efforts to deliver crews to the ISS as early as 2015.
A commercial capability would allow the station’s crew to grow from six to seven by providing a four-seat vehicle for emergency departures in addition to the three-seat Russian Soyuz capsules in use today. But until that capability is ready, a backlog is building for the three station crewmembers assigned to work in the NASA-controlled modules of the ISS.
Don Pettit, who returned from his second stint on the ISS July 1 after 193 days in orbit, says U.S.-side crewmembers are averaging about 6.5 hr. per day of research time. Overall the U.S.-side crew is posting 35 hr. per week of research as counted by NASA’s ISS program office at Johnson Space Center.
“Currently crewmembers are working 13 or 14 hours a day, and out of that we can get about 6.5 hours of mission programmatic work done,” Pettit told the Senate Committee on Commerce, Science and Transportation July 25. “That’s because we’re in a harsh frontier, and we spend 13 or 14 hours a day just to keep the machinery going and keep it possible for human beings to be there. You’ll find this is commensurate with other frontiers that are harsh on the surface of Earth.”
“The next years will show where there are areas for improvement,” says Thomas Reiter, another former ISS crewmember who is director of human spaceflight and operations for the European Space Agency. Reiter suggests that greater use of large multi-user facilities already on the station instead of customized experiments may help.
Ultimately the best way to get more research is to increase the crew. At a June station-partnership meeting in Moscow, representatives from NASA and Russia started discussions on bartering for Russian crew time to conduct research on U.S. facilities (Aerospace DAILY, June 29).
Gerstenmaier says those discussions are continuing as a way to boost crew time until the commercial crew vehicles start arriving. Now that it has been certified for use in space, the Canadian-built Special Purpose Dexterous Manipulator—a large robot known as Dextre that rides on the station’s robotic arm—can also help, he says. Every time ground controllers remotely command Dextre to swap a worn-out spare part with a special Orbital Replacement Unit designed for robotic handling, it saves the crew a time-consuming spacewalk, he notes.
-
-
-
NASA stellt neue ISS-Crew 33/34 (planmäßiger Start zur ISS im September 2012) bei Presse-Konferenz vor:
Frams: NASA-TV
----- 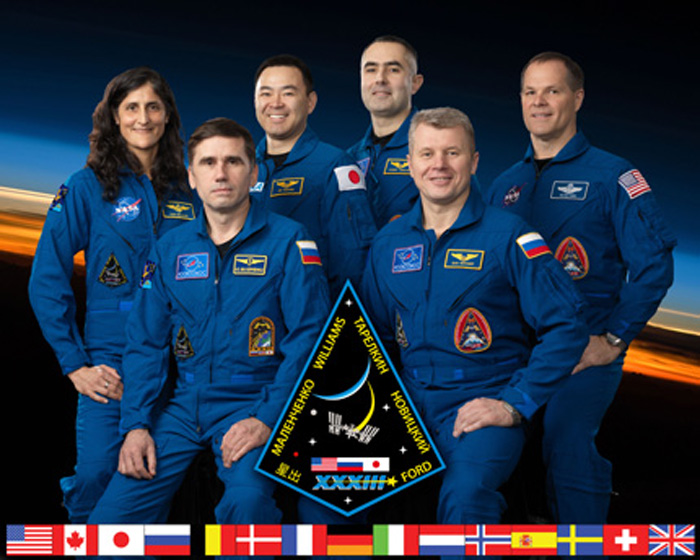 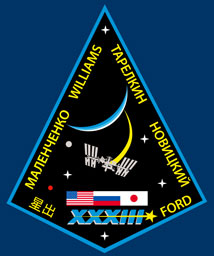