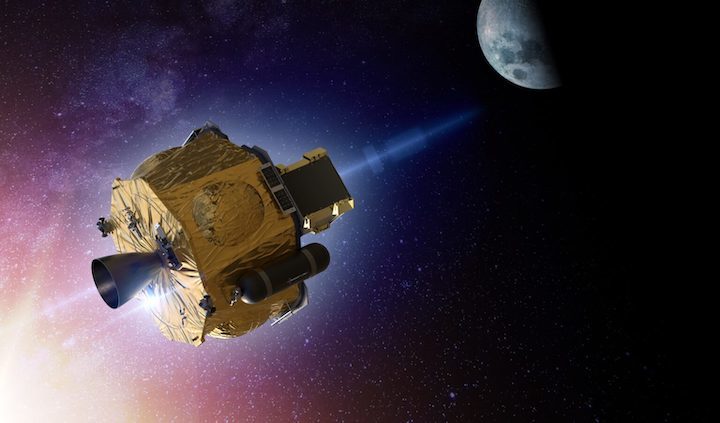 Launch service provider Rocket Lab on Friday announced the company’s first lunar mission, which is slated to lift off in the fourth quarter of this year.

The Moon mission will carry NASA’s Cislunar Autonomous Positioning System Technology Operations and Navigation Experiment, or CAPSTONE, and deposit it in orbit around the Moon. The 55-pound satellite created by Colorado-based Advanced Space will be the first spacecraft to test a unique elliptical lunar orbit, according to Rocket Lab.

CAPSTONE is an early stage in NASA’s Artemis program, which includes landing the first woman and person of color on the Moon as well as establishing a long-term presence there.

“Our team is immensely proud to be launching one of the first pathfinding missions to support NASA’s goal of delivering a sustainable and robust presence on the Moon,” Rocket Lab CEO Peter Beck said in the announcement. “We’ve teamed up with the NASA Launch Services Program on previous Electron missions to low Earth orbit, so it’s exciting to be working with them again to go just a bit further than usual…some 380,000 km further.”

After Rocket Lab’s Electron rocket travels through the atmosphere into low Earth orbit, the company’s Photon spacecraft will detach. Propelled by its 3D-printed HyperCurie engine, the Photon will propel CAPSTONE, allowing it to break free of Earth’s gravity and set a course for the Moon.

The mission will be the first time Rocket Lab’s Photon spacecraft is used as a trans-lunar injection stage to take a satellite beyond Earth orbit.

CAPSTONE’s journey to the Moon will take three to four months, according to Rocket Lab. Upon arrival, the CubeSat will enter a highly elliptical orbit over the Moon’s poles. The six-month primary mission will test prediction models estimated propulsion requirements for maintaining this type of orbit.

The mission, which—in true Rocket Lab fashion—may get a fun and clever namecloser to the launch date, according to spokeswoman Morgan Bailey, will take off from the company’s New Zealand launch complex later this year.