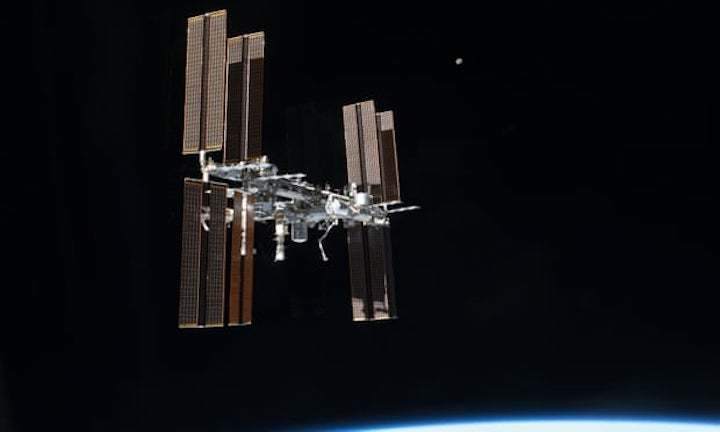 Astronauts aboard the International Space Station were carrying out an “avoidance manoeuvre” on Tuesday to ensure the station would not be hit by a piece of debris, the US space agency Nasa announced.

The debris should pass within “several kilometres” of the International Space Station (ISS), but out of an abundance of caution, its trajectory was being changed to move it further away from the object.

The three crew members – two Russians and an American – relocated to their Soyuz spacecraft as the manoeuvre began so they could evacuate if necessary, Nasa said.

The ISS is orbiting roughly 260 miles (420km) above the Earth, at a speed of about 17,130mph (27,568km/h). At such a velocity, even a small object could seriously damage a solar panel or other facet of the station.

This type of manoeuvre is necessary on a regular basis. Nasa said 25 such manoeuvres had occurred between 1999 and 2018.

Earlier, NASA reported that the ISS crew had had to take a precautionary measure to relocate to the Soyuz spacecraft as a fragment of space debris was approaching the ISS

"Maneuver Burn complete. The astronauts are coming out of safe haven," he noted.

Earlier, NASA reported that the ISS crew had had to take a precautionary measure to relocate to the Soyuz spacecraft as a fragment of space debris was approaching the ISS.

A source in the Russian Mission Control Center told TASS in Moscow earlier that the ISS was expected to come in dangerously close contact with an unidentified space object, an avoidance maneuver was planned.

Currently, Russian cosmonauts Anatoly Ivanishin and Ivan Vagner as well as American astronaut Chris Cassidy are onboard the ISS.