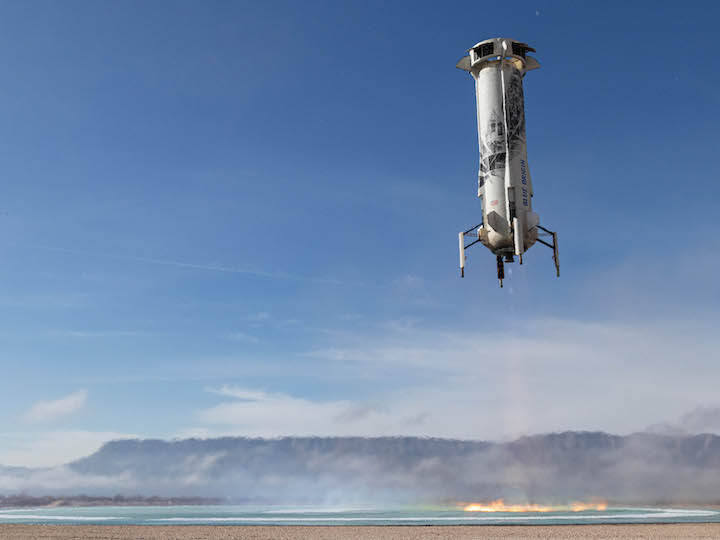 The New Shepard booster lands after this vehicle's 6th consecutive flight on December 11, 2019.

Blue Origin’s next New Shepard mission (NS-13) is currently targeting liftoff for Thursday, September 24, at 10:00 am CDT / 15:00 UTC. Current weather conditions are favorable. This will be the 13th New Shepard mission and the 7th consecutive flight for this particular vehicle (a record), demonstrating its operational reusability.

New Shepard will fly 12 commercial payloads to space and back on this mission, including the Deorbit, Descent, and Landing Sensor Demonstration with NASA’s Space Technology Mission Directorate under a Tipping Point partnership. This is the first payload to fly mounted on the exterior of a New Shepard booster rather than inside the capsule, opening the door to a wide range of future high-altitude sensing, sampling, and exposure payloads. 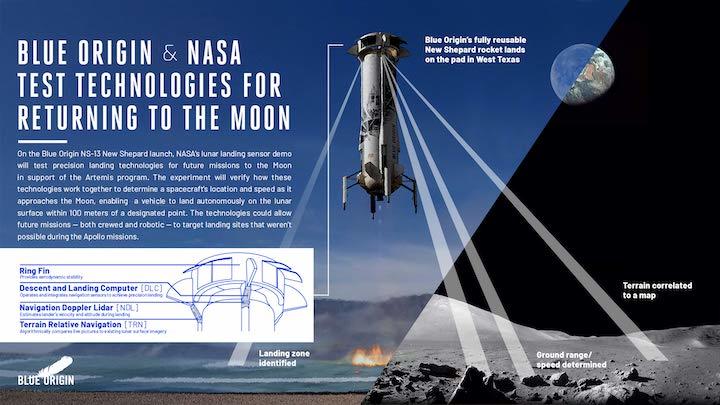 The lunar landing sensor demo will test precision landing technologies for future missions to the Moon in support of the Artemis program. The experiment will verify how these technologies (sensors, computers, and algorithms) work together to determine a spacecraft’s location and speed as it approaches the Moon, enabling a vehicle to land autonomously on the lunar surface within 100 meters of a designated point. The technologies could allow future missions—both crewed and robotic—to target landing sites that weren’t possible during the Apollo missions, such as regions with varied terrain near craters. Achieving high accuracy landing will enable long-term lunar exploration and future Mars missions.

This is the first of two flights to test these lunar landing technologies, increasing confidence for successful missions in the Artemis program. NS-13 is part of the risk reduction process to test these types of sensors for future missions. 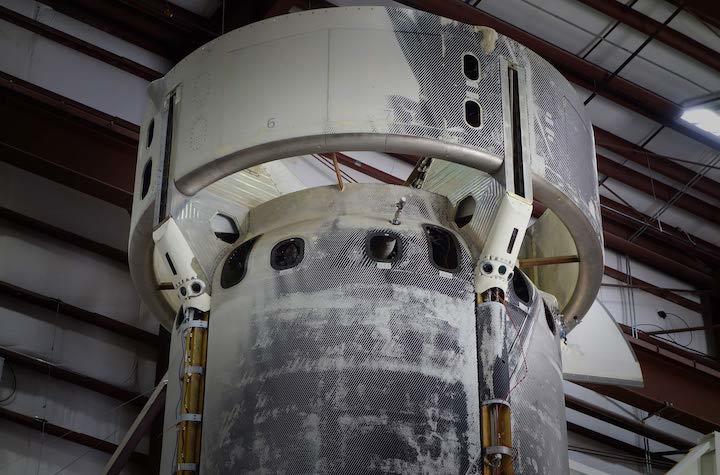 As a part of NASA’s Artemis Human Landing System program, Blue Origin is also leading the National Team, comprised of Lockheed Martin, Northrop Grumman, and Draper, to develop a Human Landing System to return Americans to the lunar surface. The technology for the Blue Origin Descent Element that takes astronauts to the lunar surface is derived from the autonomous landing capabilities developed for the New Shepard program.

Also on board will be tens of thousands of postcards from Blue Origin’s nonprofit, Club for the Future, some of which will include a special NASA Artemis stamp.

You can watch the launch live at BlueOrigin.com. The pre-show begins at T-30 minutes and will provide mission details, including a special update from NASA Administrator Jim Bridenstine.

Highlights of the manifested payloads flying on NS-13:

Space Lab Technologies: µG-LilyPond is an autonomous plant growth system for use in microgravity. The ultimate goal is to produce highly nutritious, aquatic plants to supplement a crew’s diet. During this flight, the µG-LilyPond payload will demonstrate thin film hydroponics (growth of plants without soil) using passive capillary flow. The payload was developed by Space Lab Technologies in collaboration with the University of Colorado at Boulder. NASA's Small Business Innovation Research and Small Business Technology Transfer program provided funding for payload development and flight aboard New Shepard.

Southwest Research Institute: SwRI will fly two payloads, BORE II and LAD-2. BORE II will test a novel system for sampling regolith and anchoring to asteroids and other low-gravity destinations. The goal of this system is to advance exploration and support in-situ resource utilization (ISRU). The LAD-2 payload will demonstrate how liquid and gas interface in microgravity. Applications include cryogenic propellant storage and management for in-space propulsion systems. Both payload flights were funded by NASA’s Flight Opportunities program.