Planet’s next scheduled launch of Flock 4e’, a total of 9 SuperDoves on Rocket Lab’s Electron, is currently planned for the first half of October and will lift off from Rocket Lab Launch Complex 1 on the Māhia Peninsula in New Zealand. Emerging from the unfortunate launch accident of Flock 4e on Electron in July, this next launch speaks to both Planet and Rocket Lab’s resilience and agility to get back on the pad so quickly. These SuperDoves will be deployed into an approximate 500 km morning-crossing Sun Synchronous Orbit (SSO), joining the rest of the flock already providing unprecedented medium-resolution global coverage and revisit. 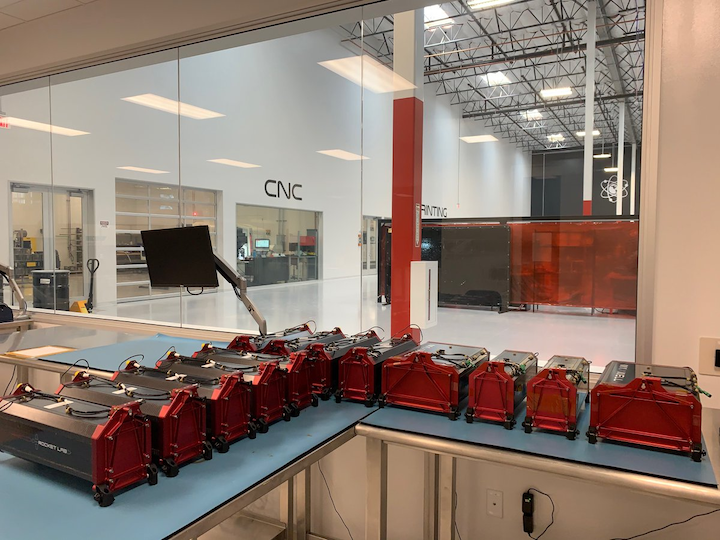 This will be the 15th flight of Rocket Lab’s Electron and the third time they’ll be carrying Planet satellites. Rocket Lab named this mission “In Focus” in a nod to the Earth-imaging satellites onboard, and we couldn’t be more excited to be launching from New Zealand again.

Follow along for launch updates on Planet’s Pulse blog and Planet’s Twitter, and if you haven’t already, sign up for an Explorer Trial to see the great imagery and insights that our satellites can offer.

This rideshare mission will be Electron’s 15th launch overall and fifth in 2020, making Electron the second most-frequently launched U.S. rocket this year.

The mission – named ‘In Focus’ in a nod to the Earth-imaging satellites onboard – will lift-off in October from Rocket Lab’s private orbital launch site, Launch Complex 1, in New Zealand. The mission will deploy a total of 10 satellites to precise and individual orbits. The mission will be Rocket Lab’s 15th launch overall and fifth mission of 2020, making Electron the second most-frequently launched United States orbital rocket this year.

Earth-imaging company Planet has nine of their latest generation SuperDove satellites booked on the mission for deployment to a 500km morning-crossing Sun Synchronous Orbit (SSO). Each of the nine SuperDoves will be integrated with and deployed from Rocket Lab’s Maxwell dispensers, the industry’s lightest CubeSat dispenser in its class. Planet’s Flock 4e’ of SuperDoves will join the company’s constellation of Earth-observation satellites already on orbit providing medium-resolution global coverage and near-daily revisit.

The 10th and final payload aboard this mission, Canon Electronics Inc.’s CE-SAT-IIB, was arranged by satellite rideshare and mission management provider Spaceflight Inc. CE-SAT-IIB is a technical demonstration microsatellite developed by Canon Electronics Inc. It has a middle-size telescope equipped with an ultra-high sensitivity camera to take night images of the Earth and small size telescopes which are suitable for CubeSat use.

Rocket Lab’s founder and CEO, Peter Beck, says the mission demonstrates the industry-leading flexibility Electron provides to small satellite operators by deploying multiple spacecraft to their various target destinations even when flying as part of a rideshare.

“With Electron, we designed a launch system that makes access to space easy and puts our customers in the driver’s seat of their missions, and we’re proud to be delivering on that even through times of global disruption.”

Rocket Lab has multiple missions scheduled for the remainder of 2020, including an upcoming launch in Q4 earmarked for the company’s first Electron first stage recovery attempt. The Electron’s first stage will be equipped with new hardware, including a reaction control system and an in-house designed parachute system, to orient the booster during its re-entry descent and slow down the first stage before a soft landing in the ocean where it will be collected by a ship.