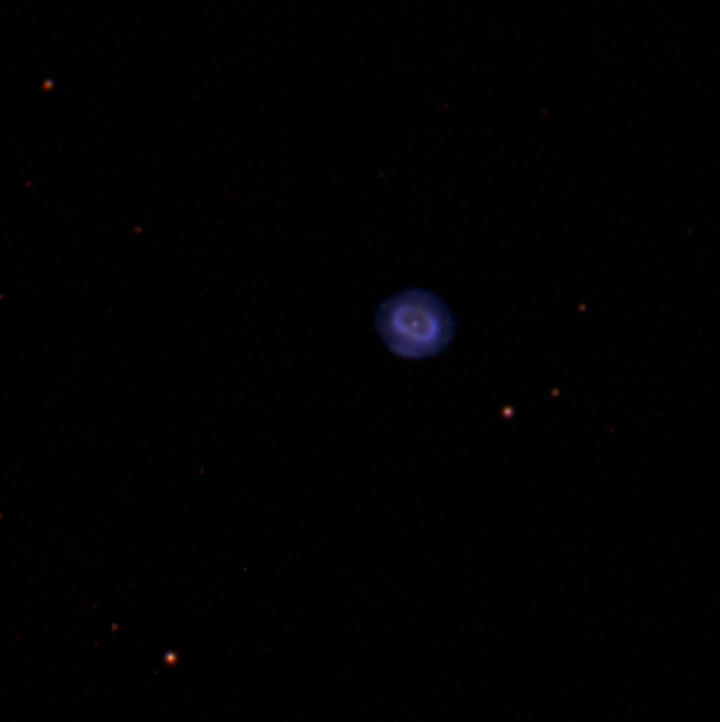 Pasadena, CA—An unusual stellar explosion is shining new light on the origins of a specific subgroup of Type Ia supernovae.

Called LSQ14fmg, the exploding star exhibits certain characteristics that are unlike any other supernova. For example, its brightness increases at an extremely slow rate compared to other Type Ia supernovae. Despite this, it is also one of the brightest explosions in its class.

“Type Ia supernovae are violent, fantastically bright explosions of a white dwarf—the remnant of a star that has exhausted its nuclear fuel—which is part of a binary system with another star,” said Carnegie astronomer Mark Phillips, an expert in these phenomena.

While the precise details of the explosion are still unknown, it is believed to be triggered when the white dwarf approaches a critical mass. However, some Type Ia supernovae, such as LSQ14fmg, are mysteriously able to exceed this mass before exploding.  Astronomers call them “super-Chandrasekhar” supernovae after the scientist who first discovered this association between a white dwarf’s mass and its stability.

Led by Florida State University’s Eric Hsiao (a former Carnegie Observatories postdoc), the research team made a surprising discovery about the other half of the two-star system of which LSQ14fmg’s progenitor was a part. Their findings, which could explain the existence of “super-Chandrasekhar” supernovae, are published in The Astrophysical Journal.

“This was a truly unique and strange event, and our explanation for it is equally interesting,” said Hsiao.

The work was undertaken as part of the Carnegie Supernova Project, a National Science Foundation-funded effort to study Type Ia supernovae, which are essential for understanding the chemical history of the universe, as well as fundamental to calculating the rate of its expansion.

“Their brilliance allows them to be seen across great distances and to be used as cosmic mile-markers,” explained astronomer Chris Burns, a member of the Carnegie Supernova Project team.

“Furthermore, these violent explosions synthesize many of the elements that make up the world around us, which are ejected into the galaxy to generate future stars and stellar systems,” added Carnegie theoretical astrophysicist Anthony Piro.

Type Ia supernovae are also key to studies of dark energy, the mysterious force thought to be driving the universe’s acceleration. Despite their importance, many outstanding questions remain about their origins.

For example, ordinarily the light from Type Ia supernovae rises and falls over the course of weeks powered by the decay of radioactive nickel produced in the explosion.

The supernova LSQ14fmg, a “super-Chandrasekhar” Type Ia supernovae with unusual characteristics. Credit: Carnegie Supernova Project/Las Campanas Observatory. After collecting data with the Swope and du Pont telescopes at Carnegie’s Las Campanas Observatory in Chile, and the Nordic Optical Telescope at the Observatorio del Roque de los Muchachos in Spain, the research team determined that the ejecta from LSQ14fmg was hitting surrounding material, causing more light to be released than just that produced by the explosion’s decaying nickel. They also saw evidence that carbon monoxide was being produced.

These observations led to their conclusion—the supernova was exploding inside what had been an Asymptotic Giant Branch or AGB star, an aging stellar type that late in its life is surrounded by a dusty shell of hot gas.

Initially, the system’s central star was having a copious amount of mass stripped away by a stellar wind, but then the mass loss was turned off abruptly, creating a shell of surrounding material. Soon after the supernova exploded, it impacted this shell and produced the observed luminousness and slow brightening

They theorized that the explosion was triggered by the merger of the core of the AGB star and a  white dwarf star orbiting within it.