Japan's Hayabusa2 space explorer will aim to probe the asteroid "1998KY26" located between the orbits of Earth and Mars in 2031 after completing its current mission of collecting samples from another asteroid, the country's science minister said Tuesday.

It is hoped Hayabusa2 will approach the ball-shaped asteroid, which has a diameter of around 30 meters and rotates about every 10 minutes, in July 2031, Education, Culture, Sports, Science and Technology Minister Koichi Hagiuda said. 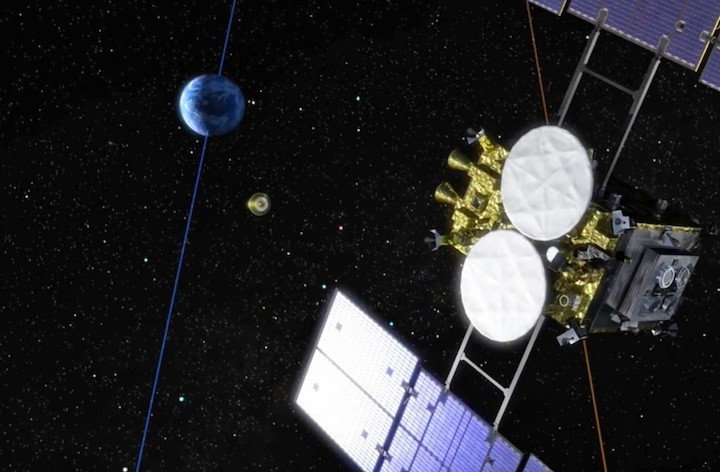 The probe is expected to observe the spinning asteroid by camera without landing on it, according to the Japan Aerospace Exploration Agency.

Since "1998KY26" is assumed to be a carbon-rich asteroid similar to Ryugu, which Hayabusa2 probed on its current mission, comparing observed data between the two may lead to a new discovery.

Hayabusa2, which was launched on a rocket in December 2014, is scheduled to return to the vicinity of Earth in early December and drop a capsule containing the samples of Ryugu before embarking on the new mission. The capsule is expected to land in southern Australia.

JAXA had also studied the asteroid "2001AV43," which is orbiting the sun in between Earth and Mars, as a potential target for Hayabusa2's next mission.