The Soyuz MS-17 spacecraft will blast off in October 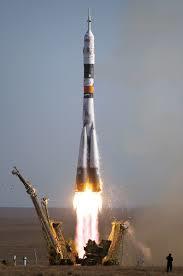 Crewmembers of the new expedition to the International Space Station (ISS) will start pre-flight training after arriving at the Baikonur Cosmodrome late September. The Soyuz MS-17 spacecraft will blast off in October, the press service for the Russian space agency, Roscosmos, told TASS.

"The crew is expected to fly to Baikonur in late September. The next expedition to the ISS with an international crew is starting aboard a Soyuz MS spacecraft in October 2020," the press service noted.

Roscosmos clarified that the crew is currently completing training in the Moscow Region’s cosmonaut training center.