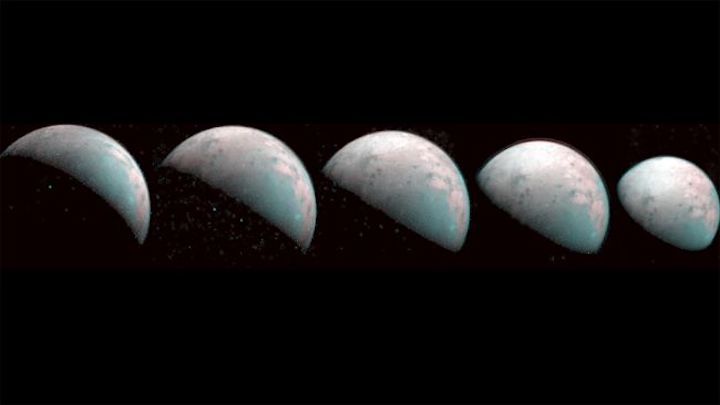 NASA's Juno Jupiter probe has captured unprecedented views of the largest moon in the solar system.

During a close flyby of Jupiter on Dec. 26, 2019, Juno mapped the north polar regions of the icy satellite Ganymede in infrared light, something no other spacecraft had done before.

The data, which Juno gathered using its Jovian Infrared Auroral Mapper (JIRAM) instrument, show that Ganymede's northern reaches are very different than locales closer to the equator of the moon, which is bigger than the planet Mercury. 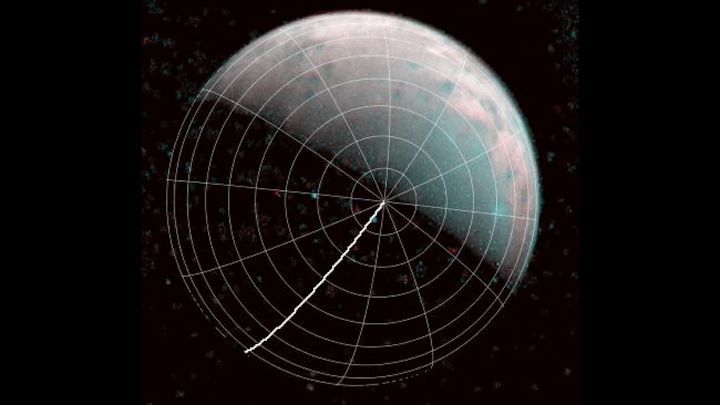 "The JIRAM data show the ice at and surrounding Ganymede's north pole has been modified by the precipitation of plasma," Alessandro Mura, a Juno co-investigator at the National Institute for Astrophysics in Rome, said in a statement. "It is a phenomenon that we have been able to learn about for the first time with Juno because we are able to see the north pole in its entirety."

This plasma consists of charged particles from the sun, which have been trapped by Jupiter's powerful magnetic field. Unlike any other moon, the 3,274-mile-wide (5,269 kilometers) Ganymede has a magnetic field of its own, which funnels the plasma toward its poles.

A similar phenomenon occurs here on Earth, which explains why the aurorasoccur at high latitudes on our planet. But Ganymede has no atmosphere to obstruct and be lit up by these particles, so they slam hard into the ice at and around both poles.

As a result, Ganymede's polar ice has been pummeled into an amorphous state at the structural level. This battered ice has a different infrared signature than the highly ordered, crystalline ice at lower latitudes, mission team members said.

The $1.1 billion Juno probe launched in August 2011 and arrived at Jupiter in July 2016, on a mission to help scientists better understand the giant planet's composition, structure, formation and evolution.

Juno loops around Jupiter in a highly elliptical orbit, gathering a variety of data during close passes that occur every 53.5 Earth days. During the December 2019 encounter, Ganymede's north pole happened to be in Juno's view. So the mission team reoriented the probe, allowing it to study the mysterious region with JIRAM and other instruments.

"These data are another example of the great science Juno is capable of when observing the moons of Jupiter," Giuseppe Sindoni, program manager of the JIRAM instrument for the Italian Space Agency, said in the same statement.