Mars launch season has arrived, and it brings the first space exploration mission from the Arab world, China’s first Mars landing, and the first powered flight on another planet. 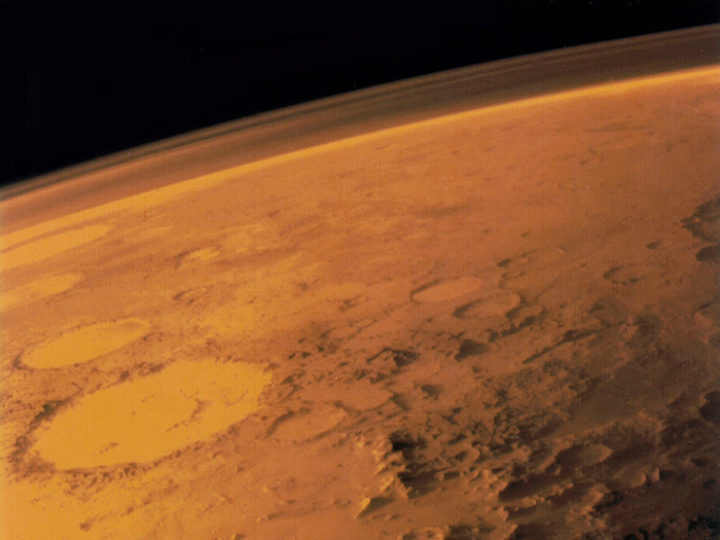 The United Arab Emirates (UAE) hopes to kick off a new decade of Mars exploration as it launches the Emirates Mars Mission and its orbiter, Hope. Hope, or Al Amal, is the first space exploration mission from an Arab state. It will be joined in its journey to Mars by China’s Tianwen-1 and the United States’ Mars 2020 mission later in July.

The Emirates Mars Mission contributes to the UAE’s goal of shifting toward a knowledge-based economy and away from a dependency on petroleum. Although the mission has U.S.-based collaborators, Hope was built by a team consisting solely of Emirati scientists, with an average age of 32 years.

“Our region developed the fundamentals for every field of science,” said Sarah Al Amiri, deputy project manager and lead science investigator of the Emirates Mars Mission, during a 2016 interview at the World Economic Forum. Al Amiri is also chair of the Emirates Scientists Council and minister of state for advanced sciences in the UAE Cabinet. “We were among the first to use math and physics to explain what’s happening with the heavens, to move away from mythology. So we know what our potential is, because we’ve done it before. Our Mars mission is meant to stimulate that potential.”

The Hope probe is a weather satellite that will create a global map of Mars’s weather and atmospheric dynamics up through the exosphere. One of its science goals is to understand how near-surface weather leads to loss of atmospheric hydrogen and oxygen, a key to understanding Mars’s evolution from warm and wet to cold and arid. Hope was scheduled to launch from Tanegashima Space Center in Japan on 16 July, but the launch was delayed to an unspecified later date due to unstable weather conditions at the site.

The Emirates Mars Mission, Tianwen-1, and Mars 2020 are all taking advantage of a biennial orbital alignment of Earth and Mars to shorten the travel time to reach the Red Planet. To reach Mars by early 2021, each mission must launch before mid-August or be postponed for 2 years. The ExoMars rover Rosalind Franklinfrom the European Space Agency (ESA) and Roscosmos was also scheduled to launch during this year’s window but was delayed until 2022 because of technical issues.

Tianwen-1 is an all-in-one orbiter, lander, and rover and could make China only the second country (after the United States) to successfully land on Mars. The plan is for Tianwen-1 first to orbit Mars and assess possible landing sites in Utopia Planitia and then to deploy the mission’s surface components. The landing platform will deploy the rover in a design similar to China’s Chang’e missions to the Moon. The orbiter will have a high-resolution camera to study the planet’s surface and also serve as a communications relay to Earth. The rover will study the planet’s topography, geology, and weather and will use ground-penetrating radar to map Mars’s subsurface geology in 3D. The exact launch time has not yet been announced but will likely be scheduled for 23 July.

NASA’s Mars 2020 rover, Perseverance, will land in Jezero Crater, a dry lake bed that contains evidence of ancient water flows and perhaps signs of ancient microbial life. Perseverance will be able to characterize weather, dust, and environmental conditions on the planet’s surface as well as drill, collect, and store rock samples that may be returned to Earth aboard a future mission. The rover will also carry a small helicopter, Ingenuity, which will be the first attempted powered flight on another planet.

“The Ingenuity Mars Helicopter is a large, fragile, unique assemblage of hardware that is dissimilar to anything NASA has ever accommodated on a planetary mission,” Chris Salvo, lead engineer of the rover-helicopter interface, said in a statement.

Because of a series of technical issues, the mission will launch no earlier than 30 July.

Perseverance and the Tianwen-1 rover, and later the Rosalind Franklin rover, will collect rock samples from Mars’s surface in preparation for later sample return missions. Although such samples likely wouldn’t make their way back to Earth until the early 2030s, the return trip would be necessary to verify any detection of life. None of the space agencies involved—NASA, ESA, Roscosmos, and the China National Space Administration—have finalized a sample return mission yet, so it remains a toss-up which space agency will earn that particular honor first.