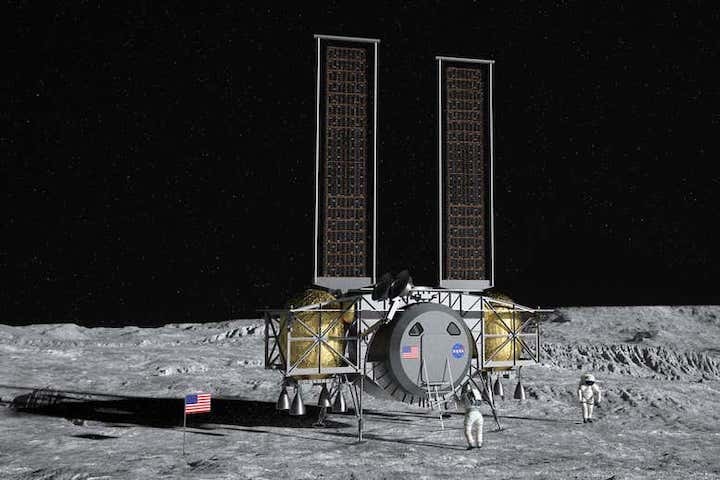 The US government is starting to lay down the groundwork for diplomacy on the moon. On 15 May, NASA administrator Jim Bridenstine released a set of principles that will govern the Artemis Accords, a series of agreements the US wants to make with other countries to foster cooperation in exploring the moon.

The accords are named after NASA’s Artemis programme, the US initiative to explore the moon, with a planned launch of astronauts to the lunar surface in 2024. Other countries are also increasingly turning towards the moon, which is concerning when a landing can send up clouds of potentially hazardous dust that travel a long way across the surface and even into orbit.

At the moment, there is little practical international law governing activities on the moon. The Outer Space Treaty of 1967 deals with general space exploration, while the more specific Moon Agreement of 1984 states that “the moon and its natural resources are the common heritage of all mankind”, prohibiting the ownership of any part of the moon or any resources from the moon.

That sounds pretty conclusive, but no nation capable of human space flight has signed the Moon Agreement, effectively rendering it moot. In fact, in April, US president Donald Trump issued an executive order supporting moon mining and taking advantage of the natural resources of space.

The Artemis Accords take the same tack, protecting historic locations like the Apollo landing sites but encouraging mining in other areas. They also promote transparency and communication between nations, requiring signatories to share their lunar plans, register any spacecraft sent to or around the moon and release scientific data to the public.

That transparency requirement might be a stumbling block for potential parties to the accords, says Forczyk. “I really don’t know how much countries are going to be willing to share some of their more delicate, sensitive information,” she says. “But hopefully this is the kind of olive branch that says, ‘Hey, we’re willing to do this if you are’.”

The rest of the stipulations of the Artemis Accords are about safety: nations will be able to set “safety zones” to protect their activities on the moon, they will have to work to mitigate the effects of debris in orbit around the moon and they will agree to provide emergency assistance to any astronauts in distress.

“These are agreements to be a good citizen in space,” says space lawyer Laura Montgomery. “You don’t want anybody landing on your lunar habitat and you also don’t want rocket plumes kicking up dust and rocks and breaking windows.” Ideally, signatories to the accords will coordinate to make sure nothing like this happens.

Rather than attempting to put together an international treaty, which could be difficult to negotiate before NASA’s next crewed launch to the moon, the US will sign bilateral agreements with individual countries.

Montgomery says this is likely to make the agreements more functional than a blanket treaty where all nations have to ratify the same document. “If you have a robot arm and I have a habitat housing astronauts, we don’t need the same information in that agreement,” she says.

As international agreements, the Artemis Accords won’t apply directly to private companies – if they are to follow the rules laid out in the accords, it will have to be through contracts with government agencies or the laws in the countries where they operate. For now, most space-flight companies rely heavily on government contracts, so it shouldn’t be a problem, says Forczyk. Once the agreements are in place, they will represent a step towards having a law of the land on the moon.