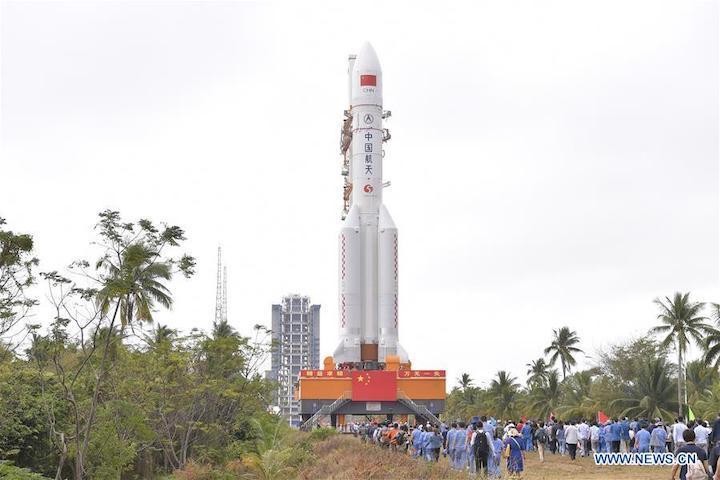 China's Long March-5B carrier rocket arrived at the launch site in southern China's Hainan Province Wednesday after a week of ocean and rail transport, according to the China Aerospace Science and Technology Corporation.

The rocket will take part in a joint rehearsal with the prototype of the Chinese space station's core module at the Wenchang Space Launch Center. It is scheduled to make its maiden flight and launch the prototype of China's new manned spaceship in April.