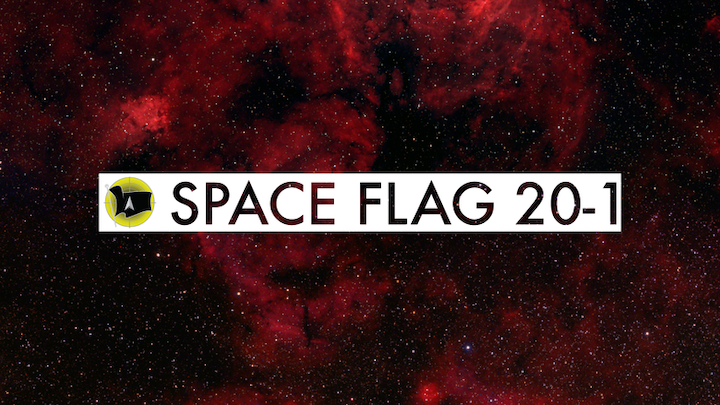 The two-week exercise started Dec. 9 under the auspices of the former Air Force Space Command, but finished on the very day the U.S. Space Force was established upon President Trump’s signing of the 2020 National Defense Authorization Act.

“The completion of Space Flag 20-1 on the same day as the establishment of the U.S. Space Force is really symbolic of the way we have evolved our understanding of, and approach to operating in space,” said Brig. Gen. DeAnna Burt, Director of Operations and Communications, United States Space Force. “Our potential adversaries have forever changed the calculus of space as a benign environment, and so we have changed the way we organize, train and equip our critical space warfighters, both through events such as Space Flag, and now, most notably, by establishing the USSF to focus the resources and attention needed for us to maintain space superiority.”

Space Flag represents a fundamental pivot from viewing space as a benign environment to viewing space as a contested domain of warfare. This critical exercise provides an educational environment where our space warfighters are challenged to defend, fight, and win in space against a thinking adversary in potential future conflicts.

Space Flag is the Space Force’s sole large-force employment exercise focused exclusively on gaining and maintaining space superiority. Space Flag exercises are dedicated to developing the skills, tactics, techniques and procedures space warfighters need to maintain in order to operate their systems to provide space capabilities to joint forces around the world. Participants simulated operations in a contested, degraded and operationally-limited environment with current capabilities against near peer adversaries.

“Simply put, this exercise exists to make this generation better warfighters in the space domain,” said Fournie. “Some of these Airmen have operated their specific systems for two to three years. But here, they learn the bigger picture of how to operate in a domain that can one day be contested, degraded, and operationally-limited or placed in a conflict scenario.”
During the exercise, participants are organized within “Blue” and “Red” Cells.

Blue Cell (friendly) players simulate warfighter maneuvers to gain and maintain space superiority against space threats.
In a separate room, Red Cell players simulate what the adversary aims to accomplish. They act and react to Blue Cell movements to present challenges and complications that may occur within the space domain.

Space Flag, which began in 2017 and was modeled after the Air Force Red Flag exercises, has experienced exponential growth as a Total Force exercise.

“We have raised the bar in space training through events like Space Flag exercises, where we incorporate joint and allied partners,” said Fournie. “The development and integration of space warfighters is a cornerstone of the way we wage war as a nation.”

Space Flag 20-1 involved a total of 96 players including 64 blue cell, 19 white cell, and 13 red cell participants – including active duty and reserve Airmen from the 21st, 50th, 460th and 310th Space Wings, as well as from Air Combat Command, the Army, the Navy, and the National Reconnaissance Office personnel.

“Space is vital to commerce and is an essential element of joint warfare and global stability,” said Burt. “Space is no longer a sanctuary where the United States or its allies and partners operate uncontested. This exercise is an opportunity for our space operators to think, and test out new and creative ideas, especially as we move forward as the USSF.”