Move over, Venus. A newfound asteroid orbits the sun closer than you do.

A newly discovered asteroid that circles the sun inside Venus' orbit is breaking all kinds of records. In addition to being the first known asteroid with this orbit, the space rock, called 2020 AV2, has the smallest aphelion, or distance from the sun, of any known natural object in the solar system, excluding Mercury.

Moreover, by traveling around the sun in a mere 151 days, 2020 AV2 has the shortest orbital period of any known asteroid, according to The Virtual Telescope Project, an online observatory based in Italy.

In fact, 2020 AV2's unique orbit gives it a special title: It's "intervenusian," meaning it doesn't stray outside Venus' orbit, said Gianluca Masi, founder and director of The Virtual Telescope Project.

There are about 792,000 known asteroids that orbit the sun, according to the International Astronomical Union's Minor Planet Center, but only 21 (including 2020 AV2) are thought to orbit closer to the sun than Earth does, Masi wrote in a statement. These space rocks are known as Atira asteroids. Of the Atira asteroids, 2020 AV2 is the only one to be intervenusian, he said. 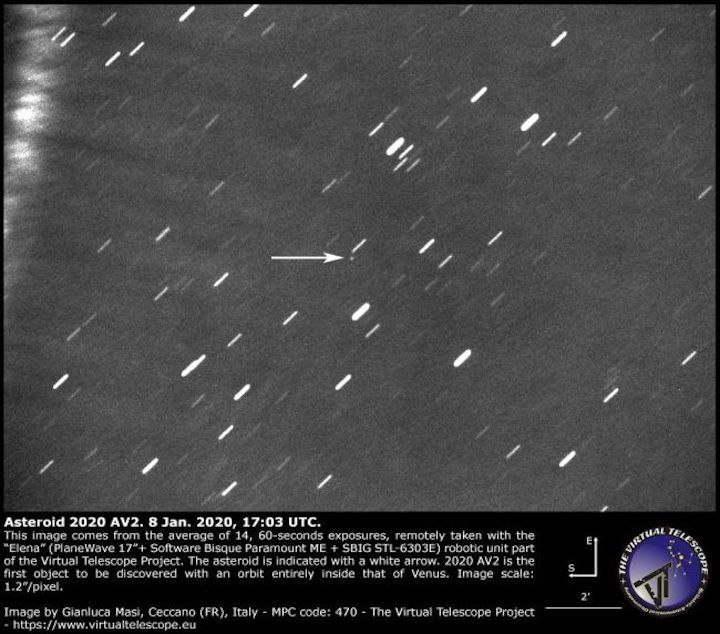 Astronomers learned about 2020 AV2 last week, after the 3.9-foot (1.2 meters) Samuel Oschin Schmidt telescope at the Zwicky Transient Facility in California spotted the asteroid in the night sky on Jan. 4, according to the Bad Astronomy blog. Its one-of-a-kind orbit inspired scientists to call it a Vatira, a combination of Venus and Atira, according to the blog. 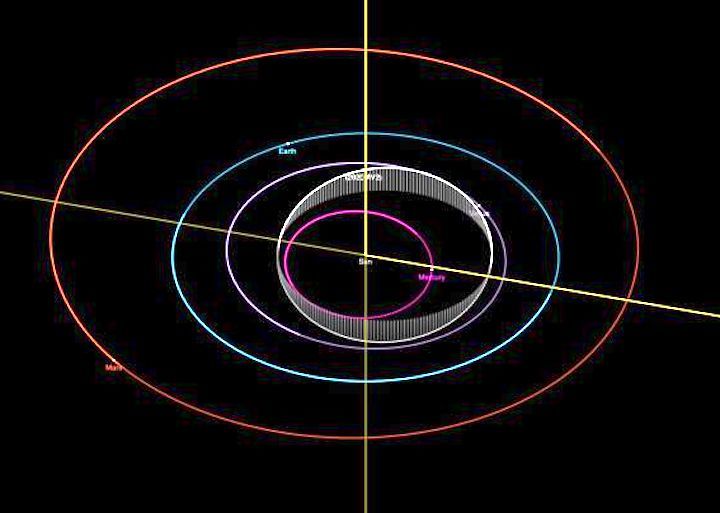 However, this Vatira remains a bit of a mystery to astronomers. The asteroid is so small that it's challenging to know its size. That said, the object's distance and brightness indicate that it's likely a few miles across, according to Bad Astronomy. What's more, scientists have figured out that 2020 AV2 never gets closer than 7.4 million miles (12 million kilometers) from Mercury and 6.2 million miles (10 million km) from Venus.

The discovery of this intervenusian Vatira may be the start of many more such discoveries. For instance, there is ongoing work to find vulcanoids, or asteroids that are thought to be closer to the sun than Mercury, but none have been found yet, according to Bad Astronomy.