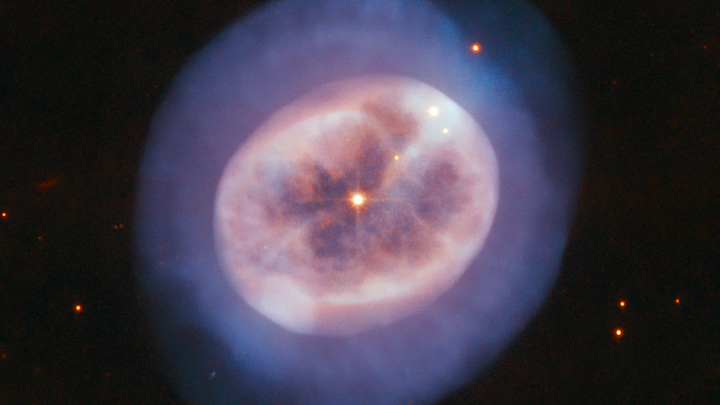 This newly captured image from the Hubble Space Telescope shows us NGC 2022, a planetary nebula in the Orion constellation. Yes, it's a star and not a planet; it's called that because of the rounded shaped produced by the star's expanding ring of gas.

As stars get older, they get larger and take on more of a reddish glow. As that process plays out, the star sheds its outer layers into the surrounding space. As its mass shrinks the star's core gets hotter, which in turn releases more ultraviolet light.

Those UV rays create a distinctive glow in the surrounding space as they interact with the gases that have been released. That's how we end up with this picturesque scene.

The image above is a little bit cut off; here's the whole thing: 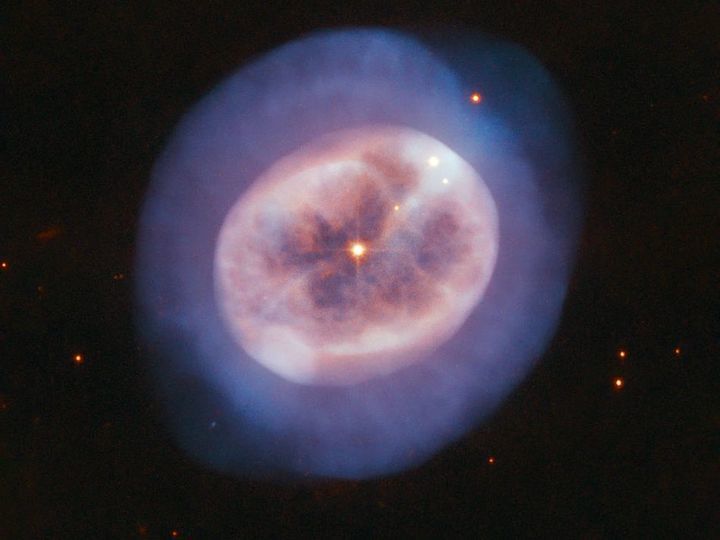 While NGC 2022 presents a striking image, not all planetary nebulae are created equally. Their shapes and colors are dictated by a variety of factors, though like most photos of deep space, they all share the common element of being out-of-this-world beautiful.