It was dark and then there was light. A lot of light.

An Atlas V rocket roared to life early Thursday, illuminating the landscape at Launch Complex 41 before it shot to space carrying an Air Force communication satellite.

After a couple hardware issues, Atlas' five solid rocket boosters lifted the beast off of the Earth at 6:15 a.m., creating tremors that were felt nearby at launch control. 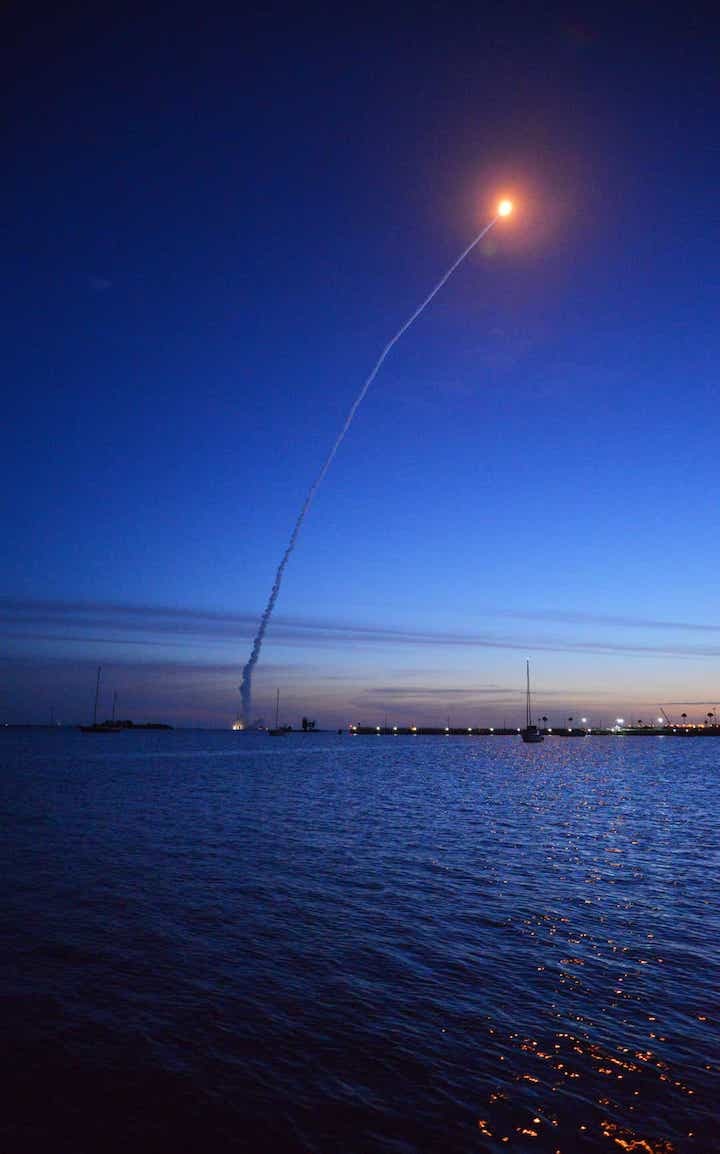 The clear skies and pre-sunrise launch created the perfect conditions for a mesmerizing sight seen as far as the west coast of Florida. As the rocket climbed, it appeared to transform into a jellyfish-like orb as the rising sun lit the ice crystals suspended in the rocket's exhaust.

"I couldn't have picked a better day with the weather, clear skies, sun coming up and the little tentacles like a jellyfish going down. It really was an amazing sight to witness," said Chris Pettigrew, an official with Lockheed Martin, the maker of the satellite. 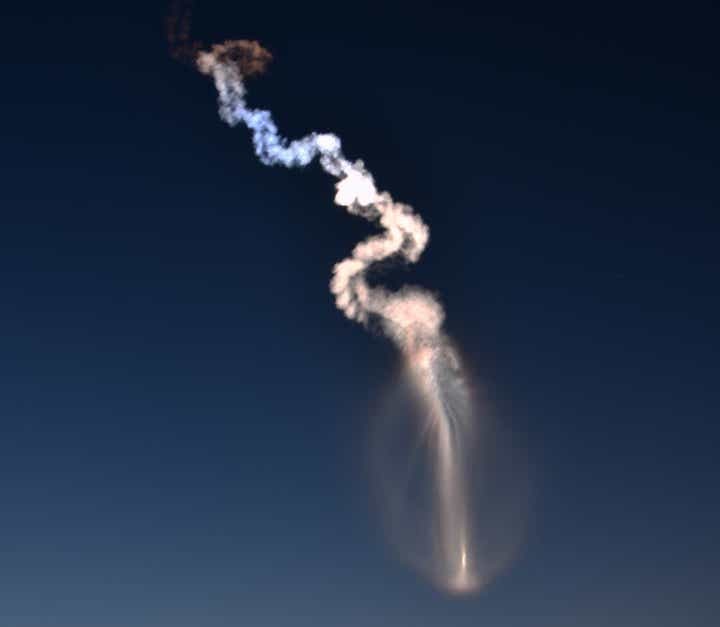 Many observers commented that it seemed like the rocket was returning but that was an optical illusion.

"It looks like it's coming back down but it's not. It's just following the curvature of the Earth, going over to Africa," astronomer and photographer Ken Kremer explained.

The satellite, AEHF-5, is the fifth of six Advanced Extremely High Frequency satellites that will provide highly secure, jam-proof communication for U.S. troops.

"It's like updating from a flip phone to a smart phone," Pettigrew said.

AEHF-5 reached its intended orbit on the rocket's second stage approximately six hours after takeoff. It could take months to reach its operational orbit.

This morning's successful launch caps off a busy week at Cape Canaveral Air Force Station which also saw the SpaceX Falcon 9 launch of the AMOS-17 satellite on Tuesday evening just over 34 hours earlier. The Space Coast hasn't seen that kind of hustle in almost 40 years.

According to astronomer Jonathan McDowell, it was the quickest turnaround between two orbital rocket launches from Cape Canaveral since May 1981 when an Atlas rocket launched a little over 24 hours after a Delta.

"We, working with our mission partners, have caught an excited glimpse of our future on our Drive to 48," he continued.

Up next for ULA is the final launch of its Delta IV rocket which is scheduled to carry a Global Positioning System satellite from Launch Complex 37 on Aug. 22. After that, the Atlas V is back on deck for Boeing's orbital test flight of its Starliner CST-100 crew capsule which is slated for late September or early October.