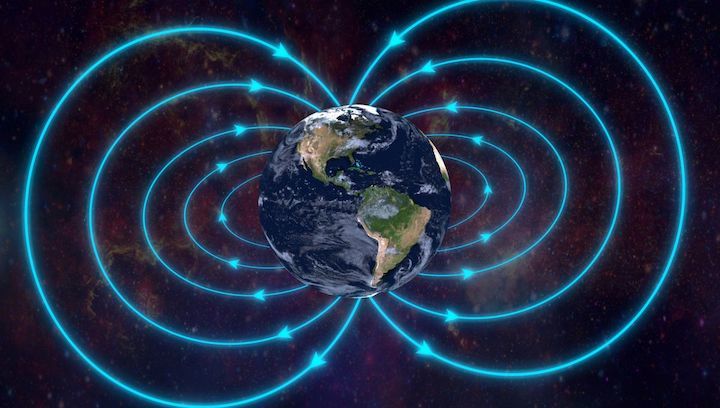 Vast rings of electrically charged particles encircle the Earth and other planets. Now, a team of scientists has completed research into waves that travel through this magnetic, electrically charged environment, known as the magnetosphere, deepening understanding of the region and its interaction with our own planet, and opening up new ways to study other planets across the galaxy.

The scientists, led by Eun-Hwa Kim, physicist at the U.S. Department of Energy’s (DOE) Princeton Plasma Physics Laboratory (PPPL), examined a type of wave that travels through the magnetosphere. These waves, called electromagnetic ion cyclotron (EMIC) waves, reveal the temperature and the density of the plasma particles within the magnetosphere, among other qualities.

“Waves are a kind of signal from the plasma,” said Kim, lead author of a paper that reported the findings in JGR Space Physics. “Therefore, the EMIC waves can be used as diagnostic tools to reveal some of the plasma’s characteristics.”

Kim and researchers from Andrews University in Michigan and Kyung Hee University in South Korea focused their research on mode conversion, the way in which some EMIC waves form. During this process, other waves that compress along the direction they travel from outer space collide with Earth’s magnetosphere and trigger the formation of EMIC waves, which then zoom off at a particular angle and polarization — the direction in which all of the light waves are vibrating.

Using PPPL computers, the scientists performed simulations showing that these mode-converted EMIC waves can propagate through the magnetosphere along magnetic field lines at a normal angle that is less than 90 degrees, in relation to the border of the region with space. Knowing such characteristics enables physicists to identify EMIC waves and gather information about the magnetosphere with limited initial information.

A better understanding of the magnetosphere could provide detailed information about how Earth and other planets interact with their space environment. For instance, the waves could allow scientists to determine the density of elements like helium and oxygen in the magnetosphere, as well as learn more about the flow of charged particles from the sun that produces the aurora borealis.

Moreover, engineers employ waves similar to EMIC waves to aid the heating of plasma in doughnut-shaped magnetic fusion devices known as tokamaks. So, studying the behavior of the waves in the magnetosphere could deepen insight into the creation of fusion energy, which takes place when plasma particles collide to form heavier particles. Scientists around the world seek to replicate fusion on Earth for a virtually inexhaustible supply of power to generate electricity.

Knowledge of EMIC waves could thus provide wide-ranging benefits. “We are really eager to understand the magnetosphere and how it mediates the effect that space weather has on our planet,” said Kim. “Being able to use EMIC waves as diagnostics would be very helpful.”

This research was supported by the DOE’s Office of Science (Fusion Energy Sciences), the National Science Foundation, and the National Aeronautics and Space Administration.

PPPL, on Princeton University's Forrestal Campus in Plainsboro, N.J., is devoted to creating new knowledge about the physics of plasmas — ultra-hot, charged gases — and to developing practical solutions for the creation of fusion energy. The Laboratory is managed by the University for the U.S. Department of Energy’s Office of Science, which is the single largest supporter of basic research in the physical sciences in the United States and is working to address some of the most pressing challenges of our time. For more information, visit https://energy.gov/science