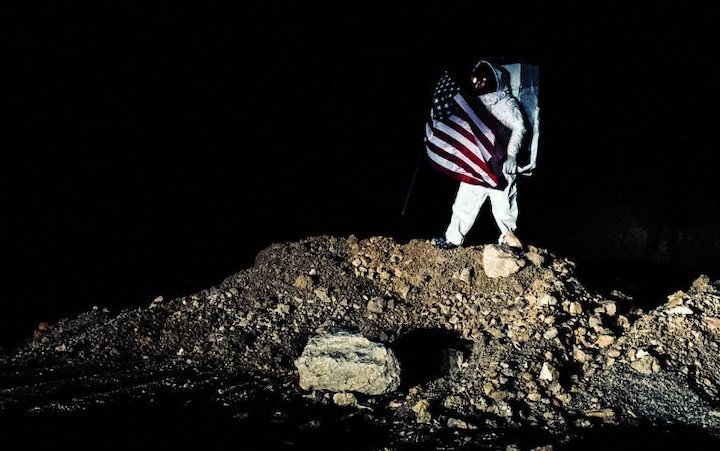 July 20 marks 50 years since Neil Armstrong took his first steps on the moon. Here’s how you can celebrate that momentous day around DC.

“By the Light of the Silvery Moon: A Century of Lunar Photographs to Apollo 11”

A mix of science and art, this exhibit features lunar photography that dates to the 19th century. Older stereographs and photogravures will be displayed next to recent photographs taken by unmanned spacecraft. Free.

Apollo 50 at the Udvar-Hazy Center

Head to Chantilly on the 16th as the center opens early to honor the Apollo 11 launch with an all-day event. At 9:32 AM, the museum will air takeoff footage with commentary from space historians. Afterwards, walk on the moon yourself in a virtual reality experience and see artifacts from Apollo 11. Free.

After decades of wear and tear from touring the country, Armstrong’s spacesuit was pulled off display in 2006 for conservation. 13 years and $700,000 later, the famed 21-layer suit will return to the museum on July 16. Free.

The Washington Monument will be transformed into the 363-foot Saturn V rocket that took Armstrong, Buzz Aldrin, and Michael Collins to the moon. The spacecraft will be projected on the monument for five nights, culminating on July 19 and 20 with a 17-minute “Apollo 50: Go for the Moon” show that recreates Saturn V’s historic launch in a combination of projections and archival footage. Free.

Check out 20 tented exhibits and activities on the Mall and hear from NASA scientists about the latest space exploration breakthroughs at this three-day festival. Free.

Take the whole family to eat s’mores by the campfire while learning about space travel. The program, which runs from 7:30-9:30 PM, will also have telescopes that participants can use to observe the moon. $8 per person, (ages 8 and up).

One Small Step, One Giant Leap

“The Eagle Has Landed” Late-Night Celebration

Count down to 10:56 PM to celebrate the exact time of Armstrong’s moon walk during this night at the museum. Stick around for space-themed movies and trivia. Free.

The Day We Walked on the Moon

Set up a lawn chair and bask under the moonlight to relive the day that changed the way we think about human discovery in this movie screening. Hear personal stories from the astronauts and scientists of Apollo 11 and their families. Free (must reserve a ticket).