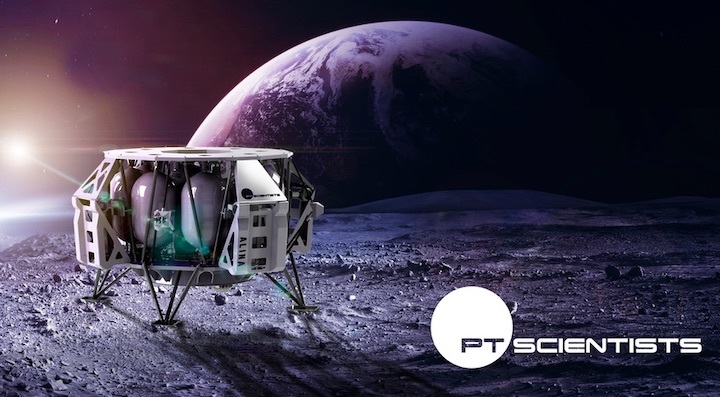 CAMBRIDGE, Mass. — A German company that is developing a lunar lander has filed for insolvency, citing a shortfall in funding, but vows to continue development of its spacecraft.

Berlin-based PTScientists announced July 8 that it had filed for “preliminary insolvency” under the German Insolvency Code in a local court July 5. That court has appointed an insolvency manager, Sascha Feies, to oversee the company.

PTScientists said in a statement that it was forced to file for insolvency because “unplanned delays had occurred in the acquisition of further investor and promotion funds” needed to develop its first lunar lander. The company didn’t specify how much funding it was seeking or other financial information that triggered the court filing.

Under German law, the insolvency manager will review the company’s finances and assets and make a recommendation to the court about whether the company can continue under some degree of restructuring, similar to Chapter 11 bankruptcy filings in the United States, or be liquidated, like Chapter 7 bankruptcies in the U.S.

Robert Boehme, chief executive of PTScientists, remained optimistic that the company will continue to operate. “The petition for insolvency proceedings sets us back a little, since we first have to secure the further financing of the company together with the insolvency administrator,” he said in a statement. “But due to the clear progress and success we have achieved in the last months, we have the best prerequisites to emerge stronger from the insolvency proceedings and implement our lunar mission as planned.”

PTScientists traces its heritage to a team competing for the Google Lunar X Prize, which offered a $20 million grand prize for the first privately-developed lunar lander. The company was not one of the five finalists selected by the X Prize Foundation in early 2017, but continued its effort to develop a lunar lander outside the competition, which expired a year later without a winner.

The company, with about 60 employees, has emphasized a number of partnerships with major corporations, such as Audi, Vodafone and Red Bull Media House, a subsidiary of beverage company Red Bull. The company is also teamed with ArianeGroup to study development of a lunar lander mission for ESA.

PTScientists, though, had suffered delays in the development of its lunar lander. The company said last November its lander could launch as soon as late 2019, a date it revised in January to no earlier than the first quarter of 2020. However, at a conference in early June, a company official said that lander mission would now launch no earlier than the second half of 2021 as it continues to work on the lander’s design.