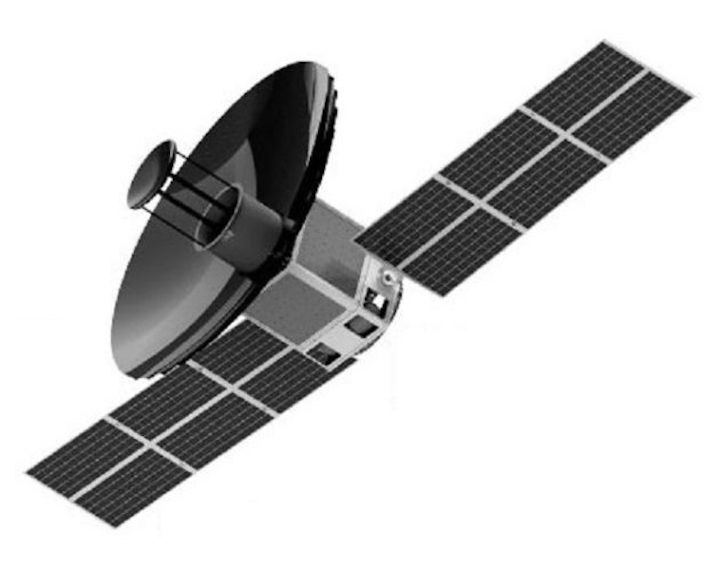 Seattle-based Xplore and the Arch Mission Foundation are teaming up on what sounds like “Mission: Impossible”: a plan to send the foundation’s Arch Libraries on space odysseys to the moon, Mars, Venus and near-Earth asteroids starting in 2021.

The micro-miniaturized compendiums of human knowledge, laser-etched on nickel to preserve the equivalent of 30 million pages of information, are to be attached as payloads to Xplore’s Xcraft spacecraft and sent into deep space on rockets to be named later.

“Our civilization’s knowledge is precious. Helping distribute Arch Libraries in space is an important way to secure this valuable data,” Xplore CEO Jeff Rich said in a news release. “The Xplore team is proud to host the Lunar Library payload on our missions.”

Xplore isn’t the only venture to join forces with Arch Mission. The foundation’s first space-flown payload, a digitized version of Isaac Asimov’s Foundation Trilogy, was sent toward the orbit of Mars along with SpaceX CEO Elon Musk’s Tesla Roadster on the maiden launch of SpaceX’s Falcon Heavy rocket.

Arch’s Lunar Library, recording tens of thousands of books as well as the contents of Wikipedia and hundreds of pages’ worth of photos and illustrations, was put on the Israeli-made Beresheet lunar lander — which crash-landed on the moon in April.

Thanks to his role as one of the foundation’s strategic advisers, Rich’s image is included in that library.

“It is humbling to know my images is likely intact on the moon’s surface,” Rich said. “Soon we will enable everyone to bring their life into space, as millions of individuals can include photos and stories in the Arch Libraries.”

More of the Arch Mission Foundation’s archives are to fly aboard Astrobotic’s Peregrine lander to the moon — with Microsoft, the University of Washington and Twist Bioscience providing a DNA assist. Other libraries will be sent to the solar system’s gravitational balance points aboard Hypergiant Galactic Systems’ satellites.

As far as the foundation is concerned, that’s just the start.

“Partnering with Xplore enables us to continue expanding our Lunar Library, and establish new Arch Libraries throughout our solar system as part of our Billion Year Archive,” said Nova Spivack, the foundation’s co-founder and CEO.

Privately funded Xplore was founded in 2017 by Jeff Rich and Lisa Rich, who are also managing partners of Hemisphere Ventures in Seattle. Hemisphere has invested in more than 200 companies, including space ventures ranging from SpaceX to Vector Launch and Axiom Space.

In emailed responses to GeekWire’s questions, Jeff Rich said the company’s Xcraft spacecraft is due to go through a preliminary design review this summer, with critical design review to follow in the fall.

“Assembly, integration and testing will take place in 2020,” he said.

Rich said the company was “evaluating all launch opportunities” for missions beyond low Earth orbit, starting in the 2021 time frame.

Xplore’s website says that the company’s mission is “unfettered exploration” of the solar system, with the moon, Mars, Venus and asteroids on the agenda. The site also points to Celestis’ deep-space memorial missions as a potential application.

Will the plans laid by Xplore and the Arch Mission Foundation get off the ground by 2021? That seems ambitious — but when you consider that the Arch Libraries are designed to last for millennia, what’s a year or two or three?