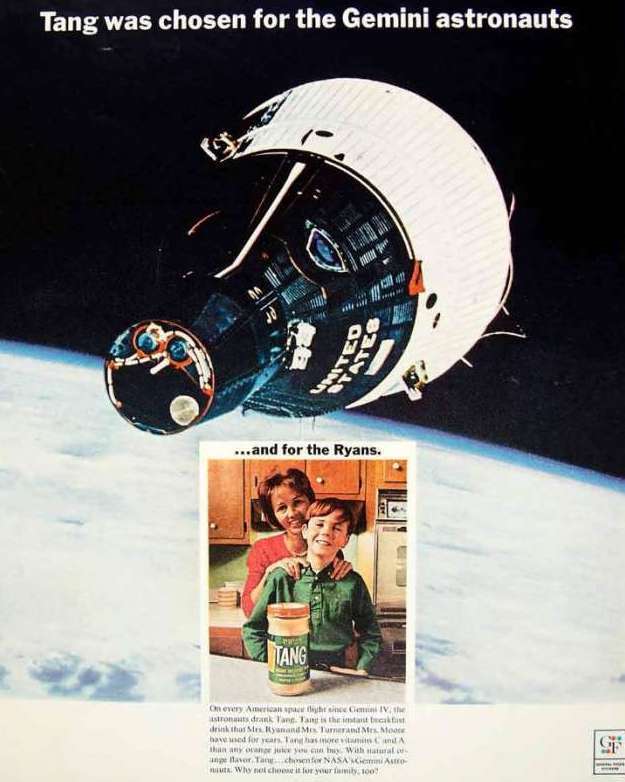 In this undated handout image, an ad for Tang shows how the orange-flavored powder drink became popular with American families in the 1960s and beyond after being used by astronauts in space. But it wasn’t developed by NASA.

Orange-flavored Tang may have been the drink of astronauts, but it was not invented for the space program. The Mars rover Opportunity — known as Oppy — did not send a dramatic, final farewell message. And space robots do not have super-human abilities from artificial intelligence.

Those are among the abundant myths and misperceptions related to NASAand the space program that continue to persist.

NASA rarely gets around to debunking them, however, except in cases where “it impacts activities” of the space agency, said Roger Launius, a former chief historian of NASA.

It’s true that NASA has a database of over 2,000 spinoffs or commercialized products and services that have been developed with the help of the space agency. Life-saving heart pumps, specialized work-out clothes and solar refrigerators that can keep vaccines cool in Africa have all emerged from the space program.

But Tang, Teflon and Velcro — widely used in space for decades — did not originate in government labs.

The powdered Tang was developed by General Foods in 1957, but the product became a success — and popular with American families — after it was selected for orbital experiments performed by astronaut John Glenn in 1962.

Teflon was created by DuPont in 1938, but was used for heat shields, space suits and other space mission paraphernalia.

Velcro, invented by Swiss engineer George de Mestral in the 1940s, became popular after it was used during the Apollo missions to anchor equipment for astronauts’ convenience in near-zero gravity situations, according to NASA. It draws its name from a combination of the French words velour and crochet.

NASA enthusiasts have also contributed their grain of sand to the mythologies of space missions, sometimes attributing superintelligent or humanoid qualities to research equipment.

Somdip said he learned the distinction while collaborating with the NASA Jet Propulsion Laboratory dedicated to robotic exploration of the solar system. AI algorithms require extensive energy consumption to be computer — something that would quickly put the rover out of action in outer space.

“On Mars, while exploring several large craters, where sunlight might never reach, the rover has to commute and communicate in an optimized fashion with the least amount of external power source,” he said. “And having the state-of-the-art AI algorithm on such a robot would only drain the power source quicker.”

But that doesn’t mean the rover isn’t smart in its own way.

“Every ounce of the robot is optimized to perform the best at minimal cost,” he said. “So, next time, if you hear about Mars rover then be aware that it is the hard work and dedication of several intelligent researchers and engineers who had made that machine intelligent enough to do its job.”

And then there’s the Mars Exploration Rover Opportunity.

The rover acquired some capabilities via software uploads from the Jet Propulsion Lab’s Artificial Intelligence Group to help it decide for itself whether to make additional observations of rocks, the agency reported.

And when the Rover Opportunity expired in February after 15 years of service, it became the latest saga of the NASA myths.

“My battery is low and it’s getting dark” was supposedly the last Rover Opportunity message from Mars before “dying,” according to some news reports.

The reports sparked a viral post on social media and widespread mourning, with people citing the poetic words on T-shirts around the world.

“You did great, sweetie,” some replied.

Except it wasn’t true. Oppy, with its long neck resembling a flightless bird with solar panel wings, could only speak in coded data — not in prose, as NASA has since said. The reporter who sparked the initial report later clarified that the report was a translation of the data and was not a direct quot

It finally died after its solar power source apparently became covered with dust, coming to rest in an area known as Perseverance Valley.

But it’s the source of one of the many NASA myths still alive.

A light blue cotton one-piece jumpsuit with an embroidered NASA "meatball" vector patch at the left breast shows an empty Velcro strip at right for affixing a nametag. This suit was owned and worn by NASA astronaut Neil Armstrong, the first man on the moon, during the Gemini program, and was sold at auction recently by Dallas-based Heritage 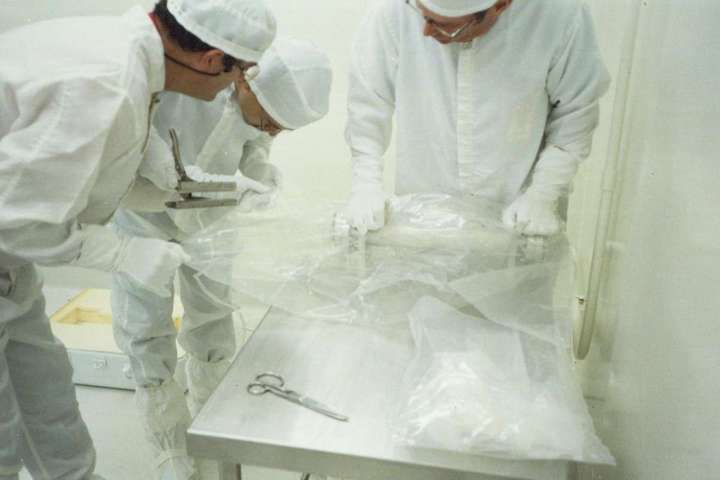 This photo from NASA shows how Teflon has been an enduring presence at the space agency, even though it was created by DuPont. Here, Lockheed technicians Jack Warren, Ron Bastien and Ed Cornitius seal a Teflon bag containing a lunar core sample at Brooks Air Force Base. 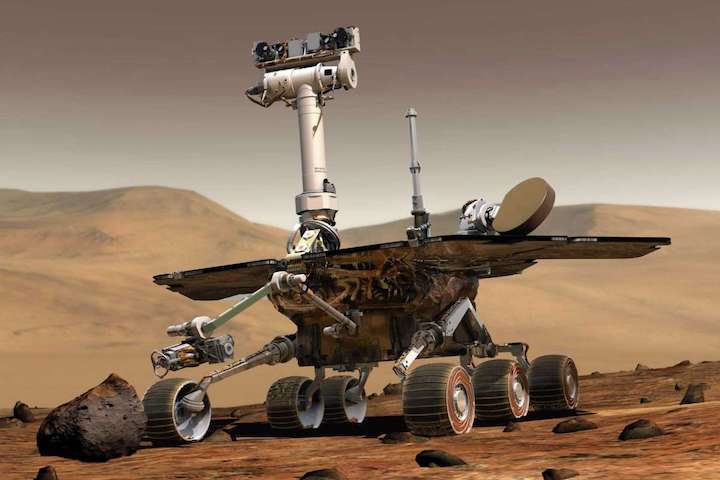 An image provided by NASA shows an artist's rendering of the Opportunity rover on the surface of Mars. The rover, which landed in January 2004, was designed for 90 days of exploration but remained functional for more than 5,000 Martian days. It’s final days in February 2019 — before losing its power after a dust storm covered its solar panels 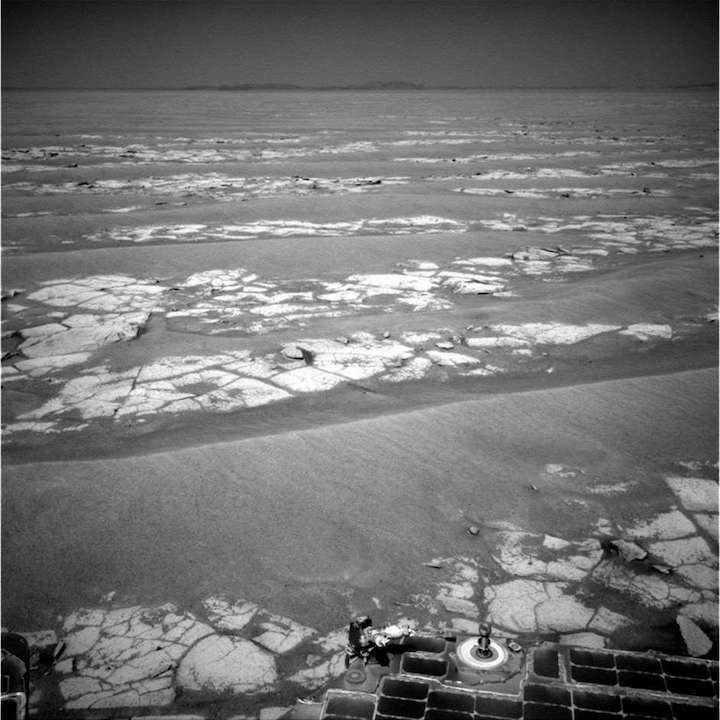 NASA's Mars Exploration Rover Opportunity used its navigation camera to record this view at the end of a 364-foot drive on the 2,353rd Martian day, or sol, of the rover's mission on Mars on Sept. 6, 2010. The rover finally ran out of power in February 2019, sparking worldwide mourning for “Oppy” and creating an enduring myth about its final

In this undated image provided by NASA, Mars Rover Opportunity catches its own late-afternoon shadow in a view eastward across Endeavour Crater on Mars. The rover finally ran out of power in February 2019, sparking worldwide mourning for “Oppy” and creating an enduring myth about its final words. 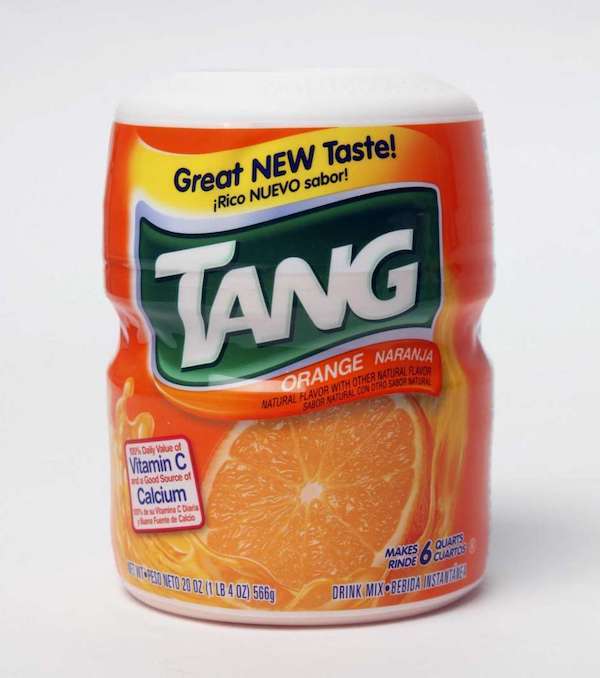 The powdered Tang orange drink mix was used in space but wasn’t invented by NASA.

Raumfahrt - From the absurd to the poetic, NASA is fertile ground for myths
1434 Views
Created with page4