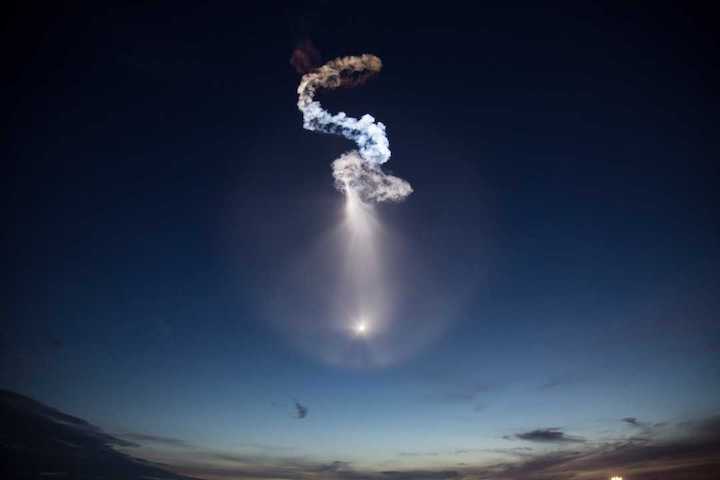 As darkness began its retreat from the Space Coast Friday morning, a SpaceX Falcon 9 rocket leapt off its Cape Canaveral pad and intersected with the day's first light, creating a dazzling display that expanded across a swath of the eastern sky.

The 5:42 a.m. launch with supplies and cargo for the International Space Station wasn't the only time a SpaceX rocket hosted a gently growing, luminous plume of exhaust generated by the Falcon 9's nine Merlin main engines. Spectators in southern California witnessed a similar phenomenon in December.

What conditions create the effect? Primarily that the rocket's exhaust plume meets with the sunlight just after liftoff.

"These are my favorite," said Jessica Jensen, SpaceX's director of Dragon mission management, during a post-launch conference at Kennedy Space Center. "These pre-sunrise or post-sunset launches give for a spectacular show in the sky."

What happens during twilight launches, she said, is that despite it being dark outside from the spectator's point of view, the sun illuminates the rocket's exhaust plume as it ascends to space. As the plume condenses in the cold and the rocket gains altitude, it appears to change colors – Friday's display began with the Falcon 9 appearing like a blazing torch before gradually transitioning to a soft white.

And unlike the roar and rumble heard during liftoff, witnessing the illuminated plume stands in stark contrast with what viewers felt just seconds ago – it's mostly quiet by the time the phenomenon takes hold.

"I like to refer to it as the space jellyfish that's coming down after us," Jensen said.

It was a fitting end for the Falcon 9 rocket, which marked the last of the previous-generation Block 4s that will ever be launched. Moving forward, the company plans to use its upgraded, more efficient and more powerful Block 5 variants for all missions.

The Dragon spacecraft packed with nearly 6,000 pounds of cargo, food, supplies and science experiments is scheduled to arrive at the ISS early Monday. Crews should secure it with the station's robotic arm around 7 a.m. 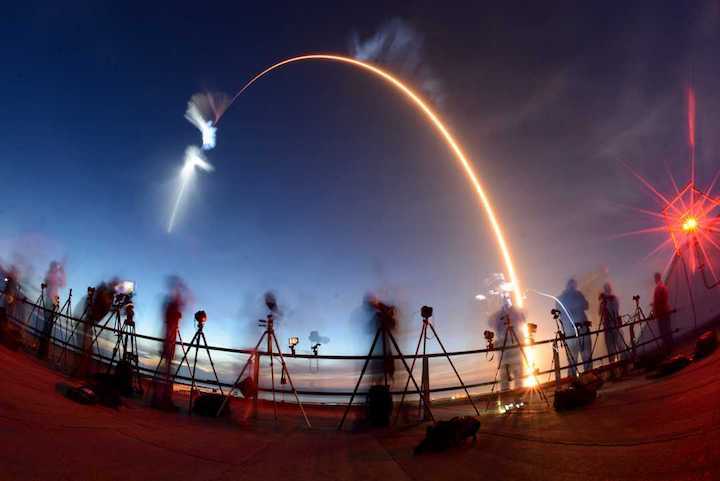 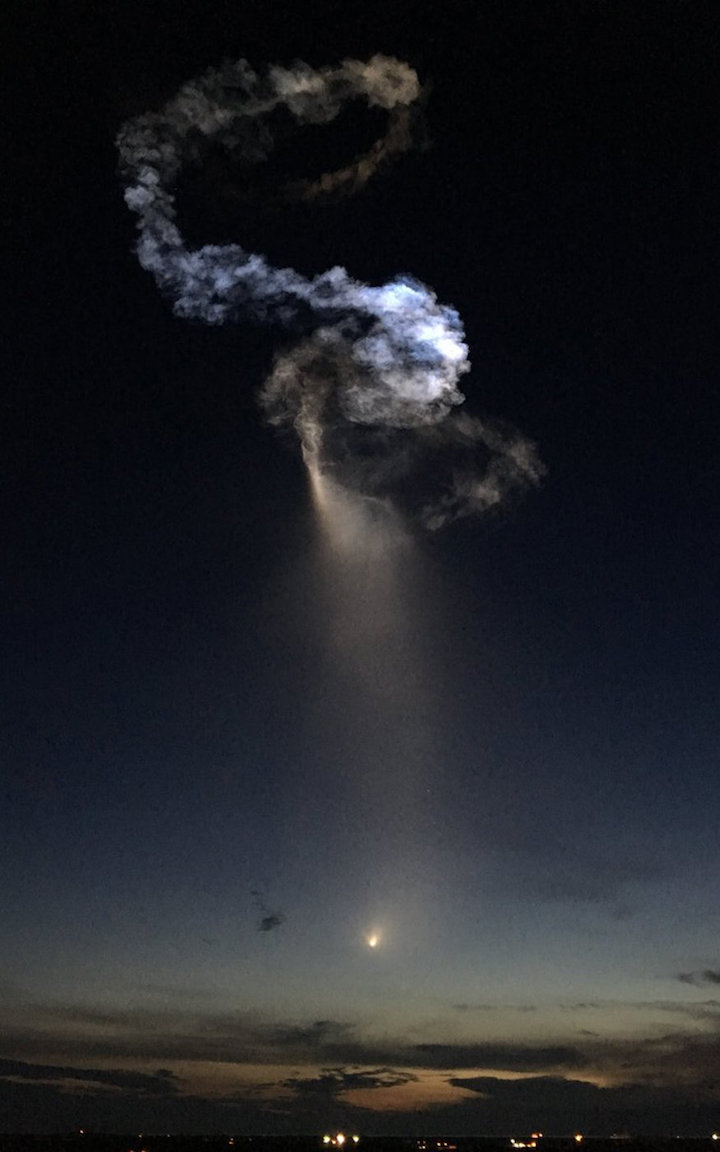 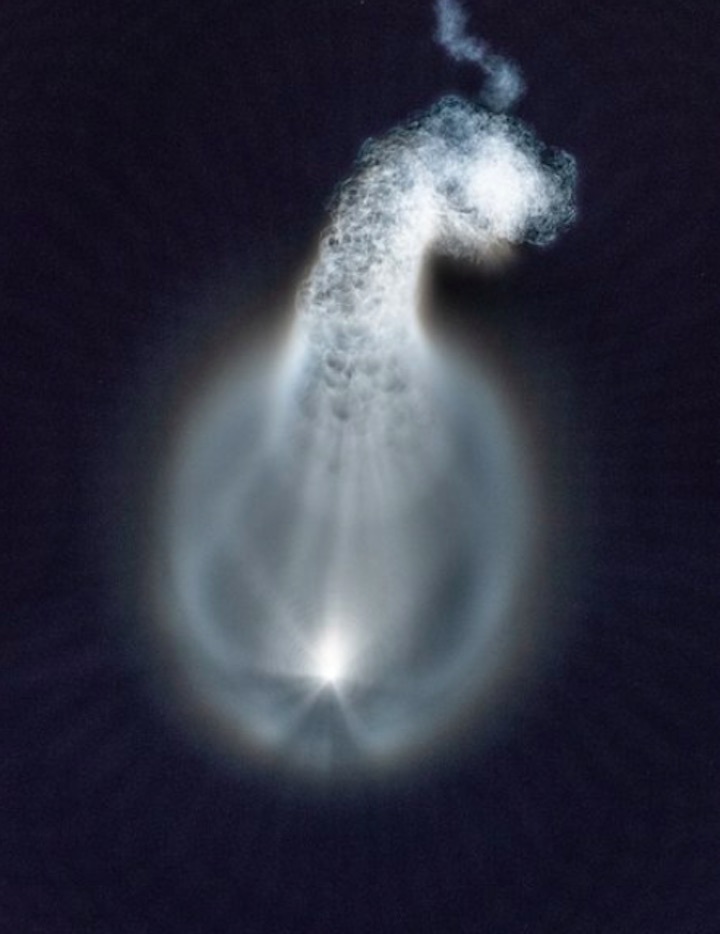 A better view from an airplane 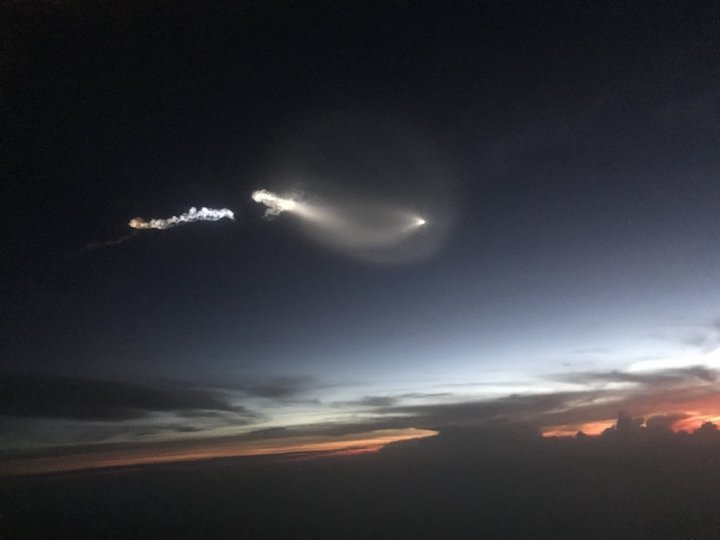 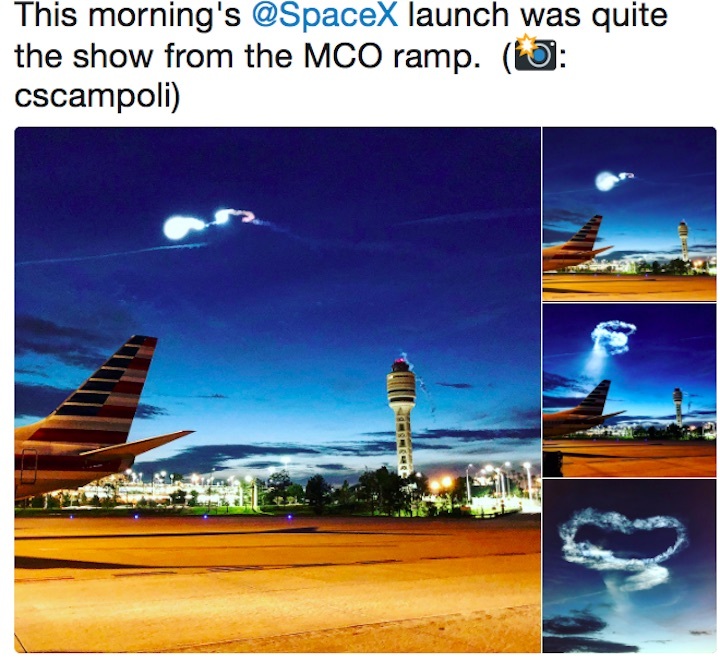