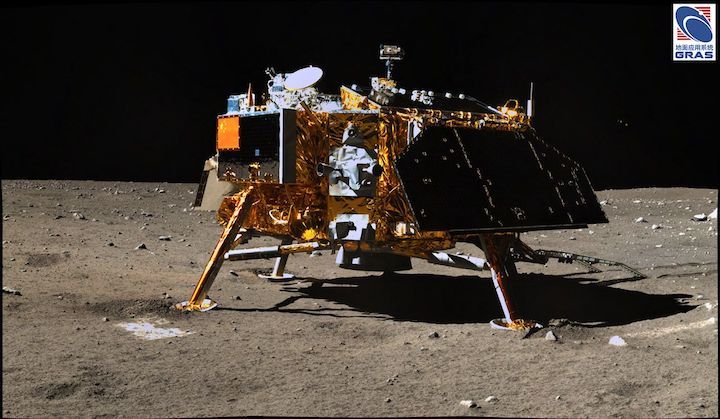 The Chang'e-3 lander on Mare Imbrium, imaged by the Yutu rover. Chinese Academy of Sciences

China's Chang'e-3 lunar lander, which touched down on the Moon in late 2013, is still waking up and sending data to Earth, according to amateur satellite trackers.

Chang'e-3 was China's first and so far only Moon landing mission, in which a robotic lunar lander carrying a small rover soft-landed on Mare Imbrium, a vast lava plain in the north of the near side of the Moon.

The lander had a minimum design life of one year, but more than four and a half years on from the landing in December 2013, Chang'e-3 is still working.

The twitter account for satellite tracking website UHF-Satcom.com on Sunday night reported a downlink from the lander, which uses X-band frequency signals to send data back to Earth. 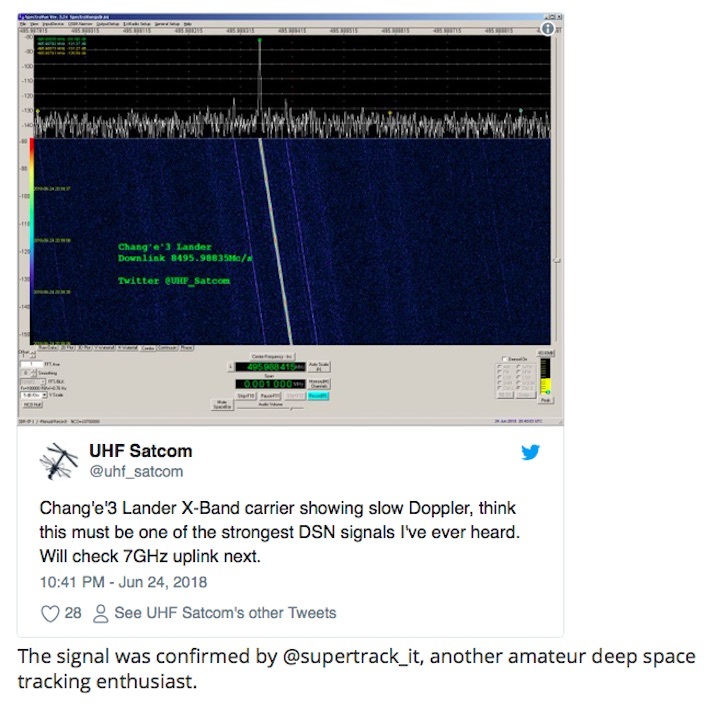 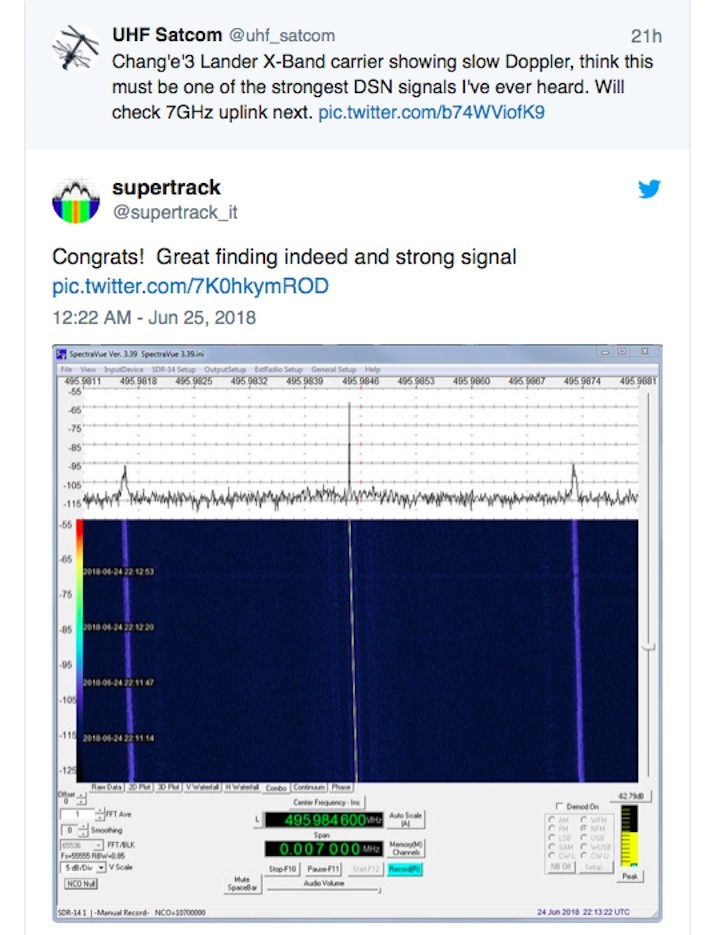 The downlink shows that Chang'e-3 is still going and has woken up for what should be its 56th lunar day on the surface of the Moon.

The Chang'e-3 lander is powered by a Radioisotope Thermoelectric Generator (RTG) and solar panels and could potentially continue to work for decades, according to speakers at a major space exploration event in Beijing last year.

At that time the Lunar-based Ultraviolet Telescope (LUT) was the only science payload still operating on the lander.

The LUT has been monitoring variable stars and stars like our own Sun, and also performing low-galactic-latitude sky surveys during the daytime, while also taking advantage of the unique conditions offered by lunar eclipses. 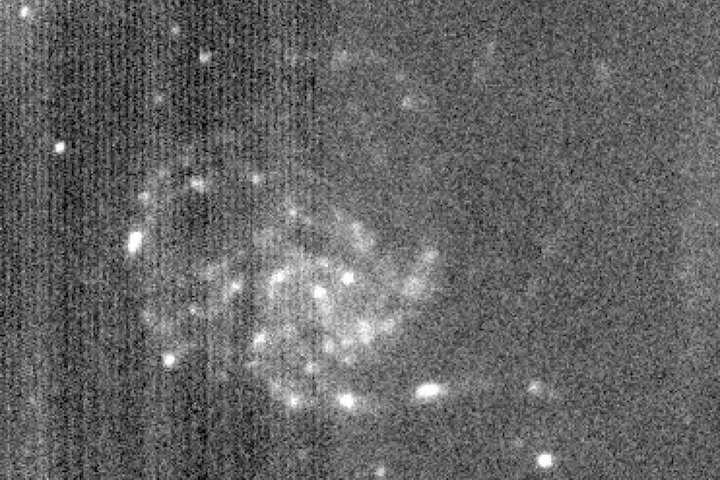 An image of the Pinwheel galaxy captured by the ultraviolet telescope on the Chang'e-3 Moon lander. Chinese Academy of Sciences

The lack of atmosphere makes the Moon a prime place for UV astronomy, which is not possible at low altitudes on Earth, and the LUT has yielded some interesting results, Wang Jing at the National Astronomical Observatories under the Chinese Academy of Sciences (CAS) told gbtimes.com last year, including water content measurements of the lunar exosphere.

While the Apollo 16 mission astronauts had a manual UV telescope, LUT is the first automated and remote operated telescope placed on an extraterrestrial body.

Chang'e-3 has also returned a trove of amazing high resolution images of the lunar surface which can be explored here. 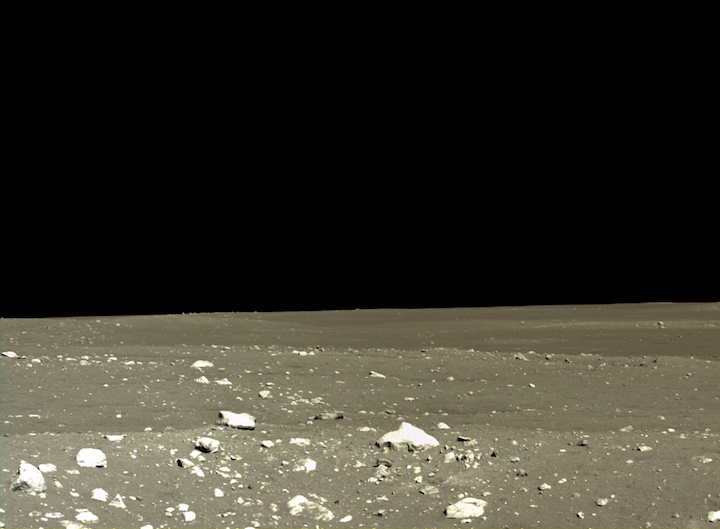 A view of the landing area of the Chang'e-3 lander on Mare Imbrium, taken by the Lander Terrain Camera (TCAM). CAS/CNSA/Science and Application Center for Moon and Deep space Exploration

The Chang'e-3 rover Yutu (Jade Rabbit) is no longer waking up, however. The spacecraft continued operating until around mid-2016, and contributed with science discoveries including a new kind of rock and lunar layers despite its static status. It travelled just 114 metres during its mission on the Moon, suffering an anomaly that robbed it of mobility around the time of its first lunar night early in 2014.

China is not providing regular updates on Chang'e-3, with attention and resources turned to the pioneering Chang'e-4 lunar far side landing scheduled for December, and the Chang'e-5 Moon sample return mission, expected in 2019.

Chang'e-4 involves repurposing the backup spacecraft to Chang'e-3 for the first ever attempt at a soft-landing on the far side of the Moon, which due to tidal locking never faces the Earth.

To facilitate communications with the lander and rover once on the far side, China in May launched a relay satellite named Queqiao. It is now in a Lissajous orbit at the second Earth-Moon Lagrange point, from which it can maintain line-of-sight with both the lunar far side and tracking stations on Earth, and currently testing its communications functions and 4.2-metre parabolic antenna.

As well as tracking spacecraft such as NASA's Juno and Dawn missions, the UHF-Satcom and Supertrack satellite trackers also provided valuable tracking for outside observers of China's Chang'e-4 satellites launched last month, reporting signals from both the Queqiao lunar relay satellite and two lunar microsatellites, Longjiang-1 and -2 (DSLWP-A and -B). 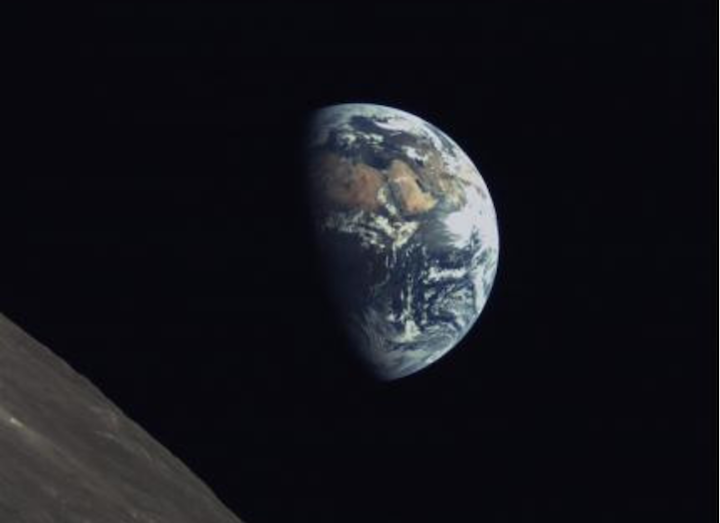 The Earth and Moon imaged on June 8 by the KACST-developed camera on China's Longjiang-2/DSLWP-B microsatellite. The image shows Saudi Arabia on the distant Earth, as well as the northern hemisphere of the lunar far side, near Petropavlovskiy crater. CNSA/CLEP/KACST

The Chang'e-4 lander and rover in March went through thermal vacuum tests — the last of a range of space environment tests which began in January — which the spacecraft need to pass before they can leave the Assembly, Integration and Testing (AIT) Centre.

The landing area will be within the scientifically intriguing South Pole-Aitken Basin, a huge impact crater on the far side of the Moon, which could contain exposed lunar mantle. While some candidates including the Von Kármánimpact crater have been noted, the precise landing site has not been publicly released.