The discovery that blue-green algae can photosynthesise in extremely low light has implications for astrobiology. Andrew Masterson reports. 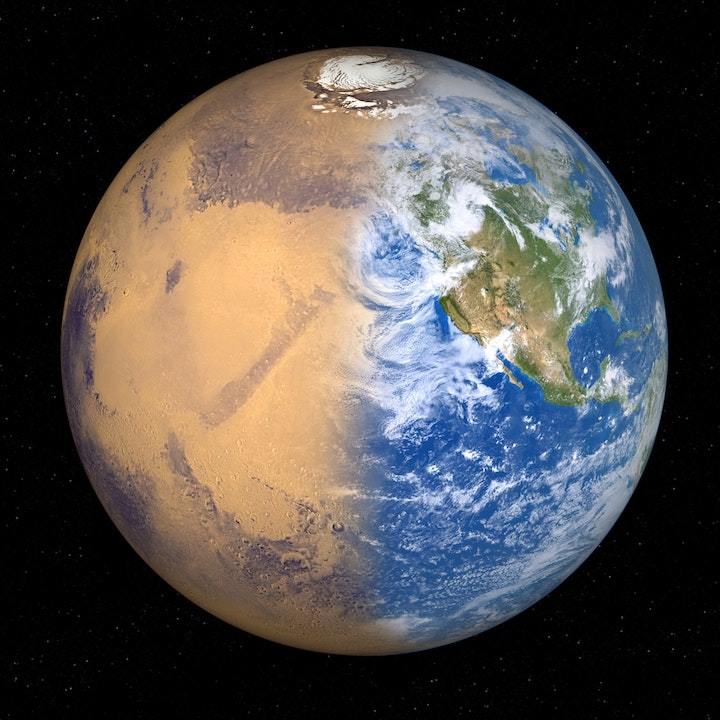 The bacteria that 3.5 billion years ago were largely responsible for the creation of a breathable atmosphere on Earth could be press-ganged into terraforming other planets, research suggests.

A team of biologists and chemists from Australia, the UK, France and Italy has been investigating the ability of cyanobacteria – also known as blue-green algae – to photosynthesise in low-light conditions.

Cyanobacteria are some of the most ancient organisms around, and were responsible, though photosynthesis, for converting the Earth’s early atmosphere of methane, ammonia and other gases into the composition it sustains today.

The photochemistry used by the microbes is pretty much the same as that used by the legion of multicellular plants that subsequently evolved. The process involves the use of red light. Most plants are green because chlorophyll is bad at absorbing energy from that part of the visible light spectrum, and thus reflects it.

Light itself, however, is a critical component for photosynthesis, which is why plants (and suitably equipped bacteria) fail to grow in very dark environments. Just how dark such environments need to be before the process becomes impossible was the focus of the new research.

The team of scientists, which included Elmars Krausz from the Australian National University in Canberra, tested the ability of a cyanobacterial species called Chroococcidiopsis thermalis to photosynthesise in low light.

Previously it had been widely thought that the necessary photochemistry shut down at a light wavelength of 700 nanometres – a point known as the “red limit”.

Krausz and his colleagues, however, found that C. thermalis continued to photosynthesise at wavelengths up to 750 nanometres. The finding not only represents a significant extension of the low-light photosynthesis limit, but also describes a system that can function using much less biological fuel. The researchers call it an “unprecedented low-energy photosystem”.

The key, the scientists discovered, lies in the presence of previously undetected long-wavelength chlorophylls, which perform the necessary charge separation. The researchers traced the origin of these chlorophylls back to the C. thermalis genome, and discovered that it was located in a specific gene cluster that is common in many cyanobacterial species – suggesting that the ability to surpass the red limit is common.

To Krausz this low-light ability holds promise for the use of cyanobacteria as frontline terraforming agents. Establishing colonies on other planets would set in motion an atmospheric transformation that should – eventually – result in human-friendly conditions.

Of course, if some astrobiological theories are correct, cyanobacteria (or, at least, similar lifeforms) may already exist on other planets – in which case their ability to survive in harsh low-light conditions suggests a new target for detection.

“This might sound like science fiction, but space agencies and private companies around the world are actively trying to turn this aspiration into reality in the not-too-distant future,” says Krausz.

“Photosynthesis could theoretically be harnessed with these types of organisms to create air for humans to breathe on Mars.

“Low-light adapted organisms, such as the cyanobacteria we’ve been studying, can grow under rocks and potentially survive the harsh conditions on the red planet.”