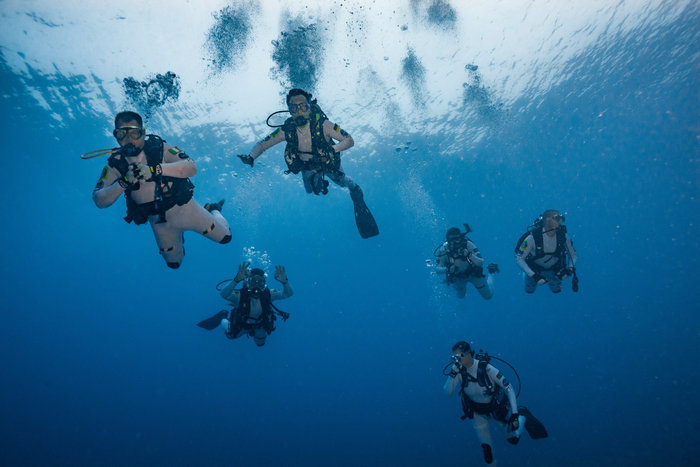 This year, NASA’s underwater training mission for astronauts promises to be longer and better than ever. Starting on 21 July, space agencies will test technologies and research international crew behaviour for long-duration missions using a permanent underwater base off the coast of Florida.
The 21st NASA Extreme Environment Mission Operations, or NEEMO, sortie will enact a mission to Mars to test equipment for astronauts. The six ‘aquanauts’ will spend 16 days 20 m underwater in their habitat and perform ‘waterwalks’ – by adjusting their buoyancy, the aquanauts can simulate Mars gravity.
ESA is sending Hervé Stevenin and Matthias Maurer from the European Astronaut Centre to take part in the mission. Hervé explains: “We have taken part in previous NEEMOs facing the challenges of future space exploration missions. Each time we improve our operational concepts for spacewalks and our interactions with ground control for a future Mars mission – but what we learn here is also fully applicable to a manned Moon mission.”
Matthias will stay the full 16 days with NASA astronaut Megan McArthur. They will be accompanied by NASA astronaut Reid Wiseman and research scientist Marc O'Griofa, who will change half way through for research scientists Dawn Kernagis and Noel DuToit.
As on the International Space Station, NEEMO missions are international and the crew will test new equipment and run experiments. The Japanese Multi-Omics experiment is also being conducted on the Space Station – ESA astronaut Tim Peake is one of the test subjects.
The aquanauts will also be testing a new version of ESA’s mobiPV, a wearable prototype that gives astronauts access to hands-free instructions with audio and video that only they hear and see. The equipment was tested on previous underwater sorties as well as by ESA astronaut Andreas Mogensen in space during his 10-day mission.
Based on the results of this year’s mission, a second flight version is expected to fly to the Space Station in 2017.
mobiPV will be used by the aquanauts to help take and analyse water samples throughout the mission to test AquaPad, an ESA-led investigation to filter water cheaply and easily using a new type of biomimetic membrane that copies nature.
Ground control will follow and help the aquanauts with their own mobiPV. This, too, was tested on the Space Station and will be used again by ESA astronaut Thomas Pesquet during his mission beginning in November.
Further experiments will test virtual-reality headsets for mission operations and examine nutrition for astronauts in extreme environments.
Matthias concludes: “I am looking forward immensely to this adventure with the international crew. We might only be 20 m underwater but it takes over 16 hours to decompress and return to the surface – longer than it would take to return to Earth if you were on the International Space Station.”
. 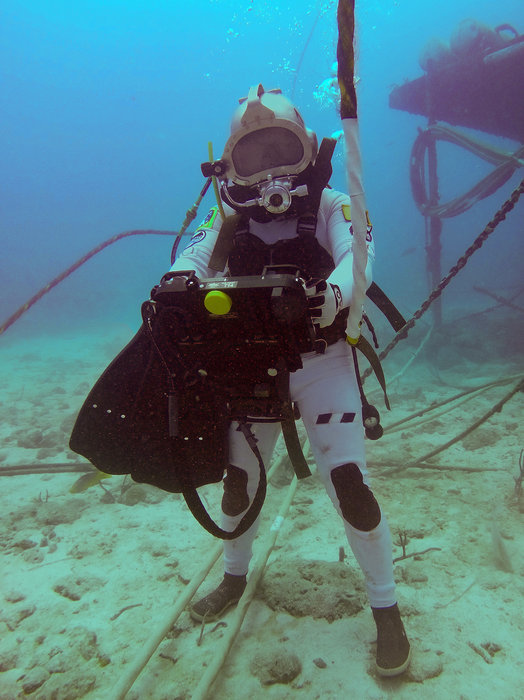 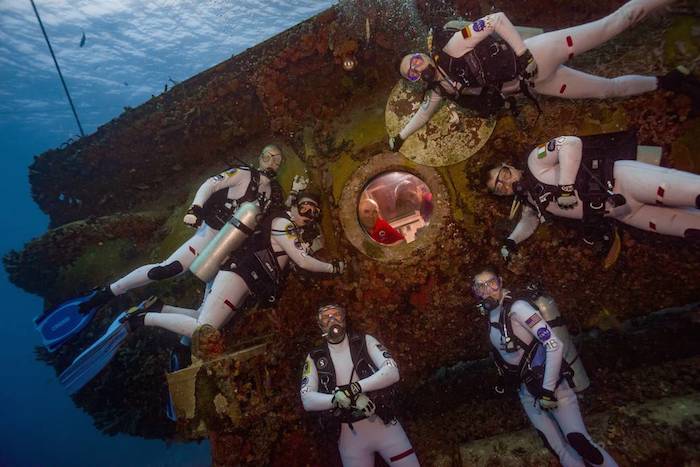 The NASA Extreme Environment Mission Operations (NEEMO) 21 mission began on July 21, 2016, as an international crew of aquanauts splashed down to the undersea Aquarius Reef Base, located 62 feet below the surface of the Atlantic Ocean in the Florida Keys National Marine Sanctuary. The NEEMO 21 crew will perform research both inside and outside the habitat during a 16-day simulated space mission. During simulated spacewalks carried out underwater, they will evaluate tools and mission operation techniques that could be used in future space missions. Inside the habitat, the crew's objectives include testing a DNA sequencer, a medical telemetry device, and HoloLens operational performance for human spaceflight cargo transfer.
Pictured at the end of Mission Day 1 are the NEEMO 21 aquanauts, clockwise from top: Matthias Maurer (ESA), Marc O Griofa (Teloregen/VEGA/AirDocs), NASA astronaut Megan McArthur, NASA astronaut Reid Wiseman, Dawn Kernagis (Institute for Human & Machine Cognition), and Noel Du Toit (Naval Postgraduate School). Inside the Aquarius habitat are Florida International University Habitat Technicians Hank Stark (left) and Sean Moore (right).
Image Credit: NASA/Karl Shreeves
Raumfahrt
2296 Views
Created with page4