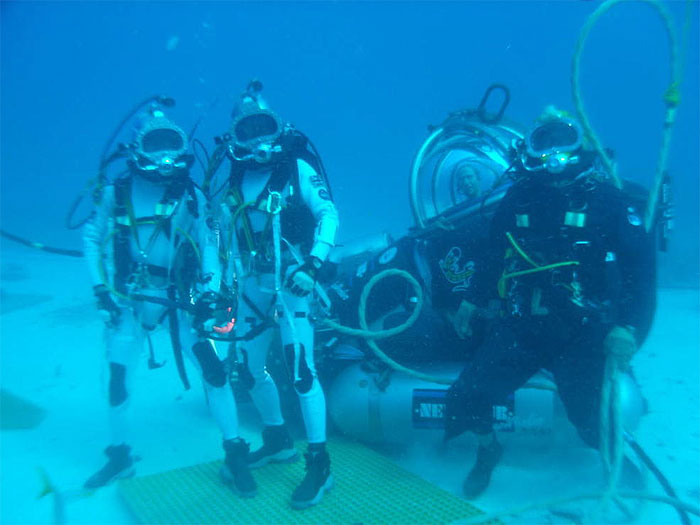 NEEMO 16 aquanauts Kimiya Yui and Tim Peake pose with their support diver and astronaut Mike Gernhardt in the DeepWorker single-person submarine.
Credits: NASA
NASA will send an international crew to the bottom of the Atlantic Ocean this summer to prepare for future deep space missions during the 14-day NASA Extreme Environment Mission Operations (NEEMO) 20 expedition slated to begin July 20.
NEEMO 20 will focus on evaluating tools and techniques being tested for future spacewalks on a variety of surfaces and gravity levels ranging from asteroids to the moons of Mars and the Martian surface.
“The NEEMO team is particularly excited about this mission as it is a huge milestone to have achieved 20 missions at Aquarius over the past 15 years,” NEEMO Project Lead Bill Todd said. “Living and working in the highly operational, isolated and extreme environment of the aquatic realm has provided significant science and engineering for the benefit of human spaceflight. It has also clearly proven to be as close to spaceflight as is possible here on Earth.”
The mission will test time delays in communications due to the distance of potential mission destinations. The crew also will assess hardware sponsored by the European Space Agency (ESA) that allows crew members to read the next step in a procedure without taking their hands or eyes away from the task using a tablet, a smartphone and a head-mounted interface.
ESA astronaut Luca Parmitano will command the NEEMO 20 mission aboard the Aquarius laboratory. Parmitano flew in space during Expeditions 36 and 37 aboard the International Space Station in 2013, where he spent 166 days living and working in the extreme environment of microgravity. He conducted two spacewalks on his first spaceflight.
Parmitano will be joined by NASA astronaut Serena Aunon, NASA EVA Management Office engineer David Coan and Japan Aerospace Exploration Agency astronaut Norishige Kanai.
The NEEMO crew and two professional habitat technicians will live 62 feet (19 meters) below the surface of the Atlantic Ocean in Florida International University’s Aquarius Reef Base undersea research habitat 6.2 miles (5.4 nautical miles) off the coast of Key Largo, Florida.
. 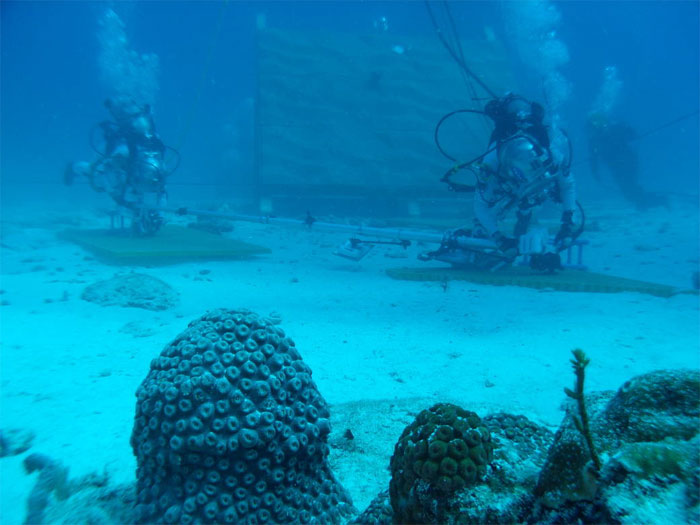 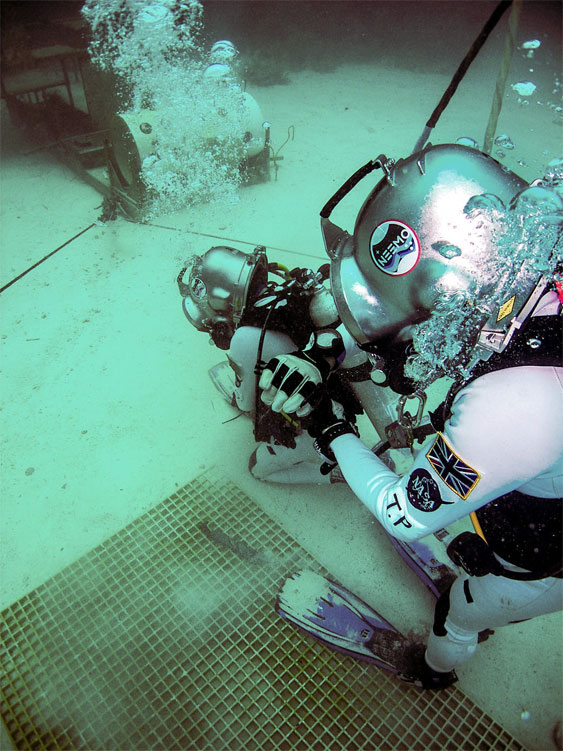 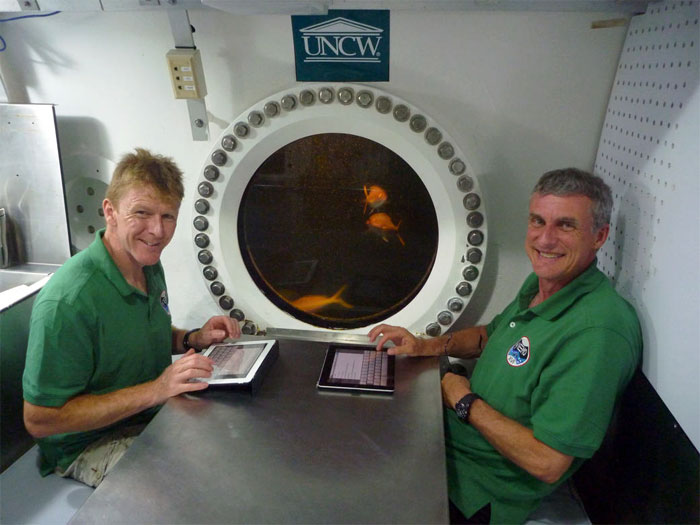 Inside the Aquarius Undersea Laboratory 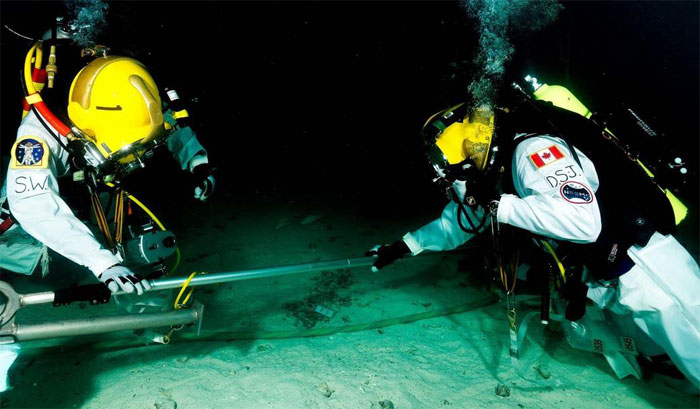