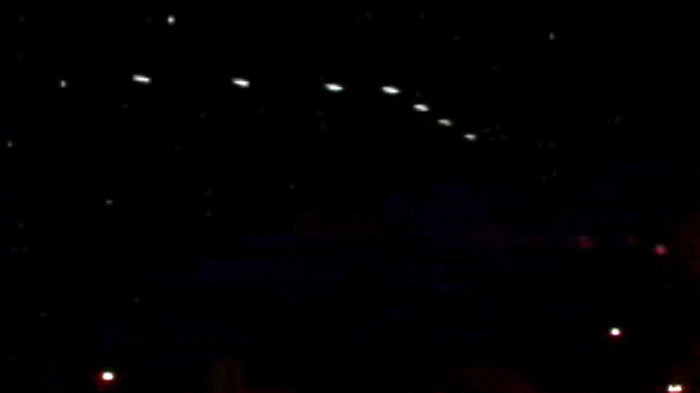 The Phoenix Lights as they appeared to Lynne D. Kitei's video camera on the evening of March 13, 1997.

A string of glowing orbs that momentarily floated over the Valley on March 13, 1997, may have been visible for a short period of time, but it launched a mystery that, in some minds, remains today.
On a clear night with a light breeze, the Phoenix Lights appeared as if from nowhere, traveling slowly across the sky in a flattened V shape. The distance between the lights seemed equal and precise, ruling out a natural phenomenon.
Had such an event occurred today, reports likely would have spread quickly through Twitter and Facebook, with links to videos on YouTube. But in 1997, the eyewitness reports and handful of videos worked their way slowly into the national consciousness, culminating with a story three months later in USA Today. People across the country seriously considered it was a visit from extraterrestrial aliens.
On the event's 10th anniversary, officials from the Air National Guard admitted what many had surmised - the lights were flares, and they had been dropped during training exercises over the Barry M. Goldwater Range.
Ed Jones, then a Lt. Col. for the 104th Fighter Squadron of the Maryland National Guard, said he was flying one of the four A-10s that dropped the flares.
That admission has done little to extinguish the mystery, however, as the Phoenix Lights still burn brightly for those who believe we are not alone
Quelle: Arizona-azcentral.com
. 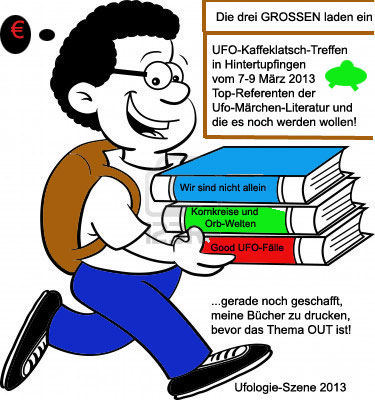