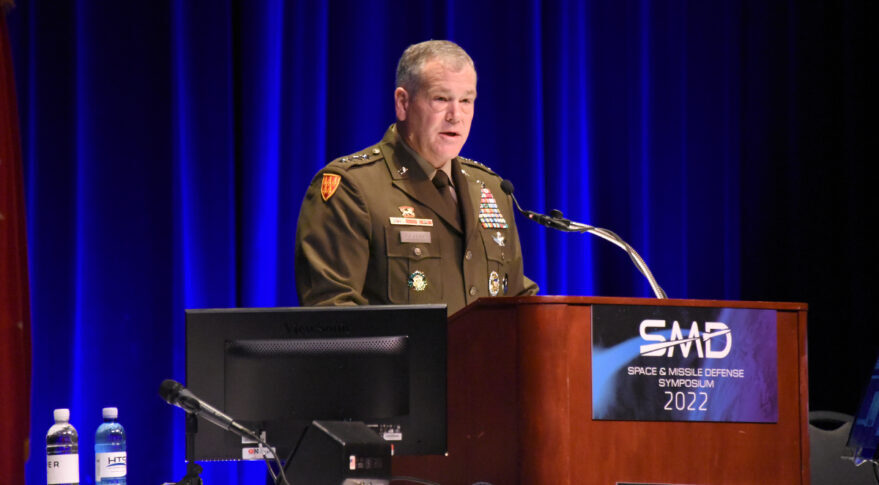 Gen. James Dickinson: Space traffic management should be transferred to a civilian agency as soon as possible

HUNTSVILLE, Ala. — When U.S. Space Command was established in 2019, the unit responsible for monitoring space traffic was tracking about 25,000 pieces of debris in orbit. Three years later, that number has risen to over 47,000..

“And it keeps increasing,” the head of U.S. Space Command Gen. James Dickinson said Aug. 9 at the Space and Missile Defense Symposium.

“If you think about the resources it takes to keep track of all that stuff in orbit, it is very difficult,” he said.

Adding to the workload of the 18th Space Defense Squadron is the rapidly increasing pace of satellite deployments by nations and commercial companies. “Much of this growth and development is beneficial,” said Dickinson, but the duties associated with managing that space traffic are straining the resources of the squadron at Vandenberg Space Force Base, California.

“They do some remarkable work. They do all the predictive analysis to determine whether or not one of those pieces of debris may hold the International Space Station or other spacecraft at risk,” he said.

“The amount of debris is very concerning. We want to make sure we don’t have a low Earth orbit that we can’t operate safely in,” said Dickinson. “And if you read the national defense strategy, it talks about having a safe and stable and secure operating environment in the space domain.”

These operators at Vandenberg also have to keep an eye on hostile activities and “increasing challenges posed by our competitors,” Dickinson said.  A Russian missile destroyed a satellite in a November 2021 test, creating a large cloud of debris that is endangering satellites in low Earth orbit. Russia also recently launched a satellite reportedly in an orbit near a U.S. government satellite.

In an interview with SpaceNews, Dickinson said there are only about 100 Space Force guardians that support space tracking and they’re under strain. He wants to see Space Command spend less time on traffic management and more time tracking potentially nefarious activities by U.S. adversaries.

Space Command is ready to start handing over space traffic management duties to the Department of Commerce as soon as possible, said Dickinson.

The Office of Space Commerce is charged with implementing Space Policy Directive 3, a four-year-old policy that directs the Commerce Department to take over civil space traffic management responsibilities currently handled by Space Command. That includes providing warnings to satellite operators of potential close approaches between their satellites and other space objects.

“They’re working with us right now,” Dickinson said of the Office of Space Commerce. Now that Congress has appropriated funding for this office, the hope is that the transition can move forward, he added.

“When they stand up that capability, that will be very significant for us,” Dickinson said. “Tracking should be a civil responsibility.”

The goal is a division of labor, “where they do the routine type of tasking that we’re doing right now. And that will allow the limited resources I have to do the things that we need them to do, which is better characterization of things that are going on in orbit, specifically by some of our competitors.”

Commerce officials said the transition will start in 2024. Dickinson said he would like to see Commerce meet that goal. “If they have the resources they need, I think they can probably make that.”