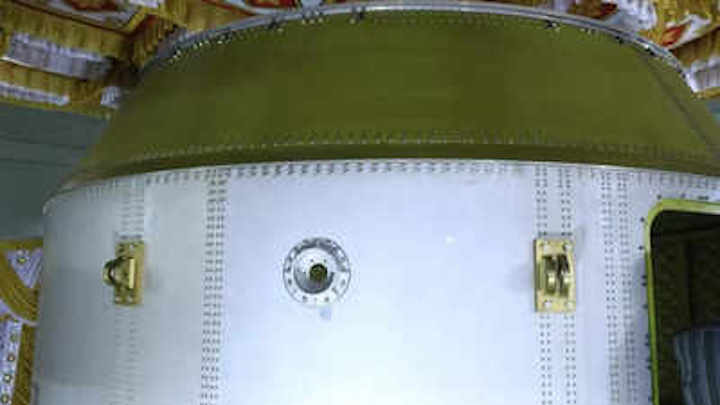 The Gaganyaan crew module fairing for carrying the astronaut 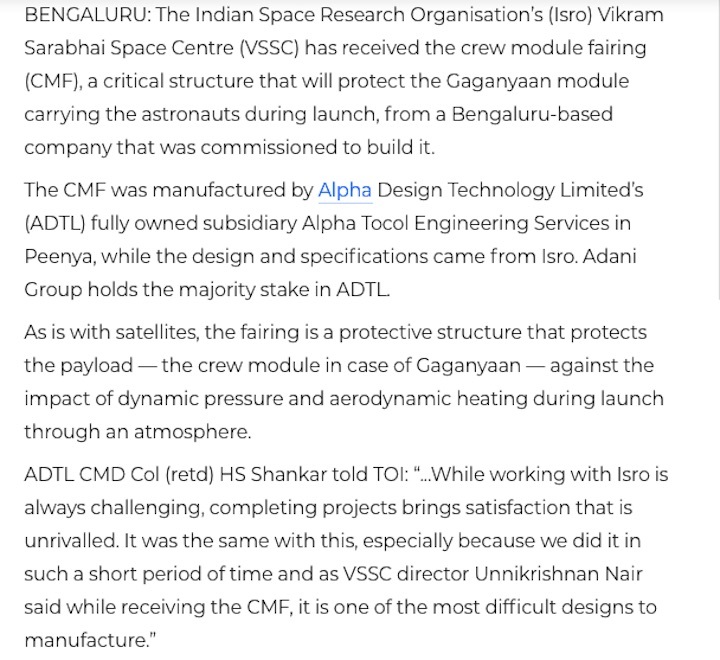 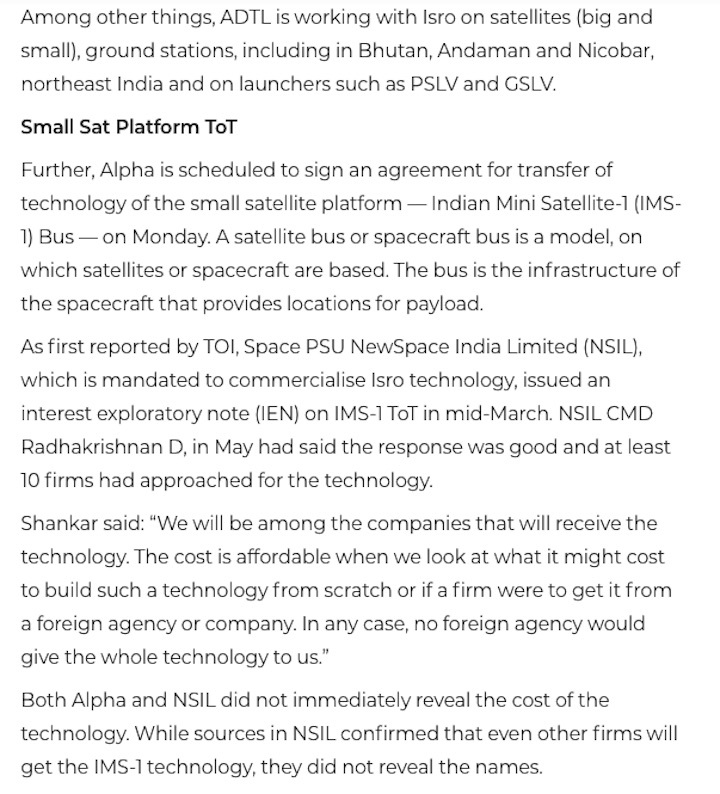 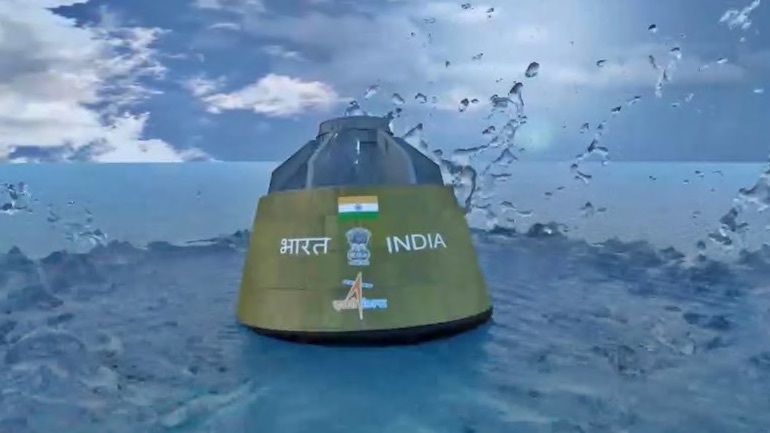 The Hindustan Aeronautics Limited (HAL) has handed over the Crew Module Fairing (CMF) & High-altitude escape motor Thrust-transfer Structure (HTS) to the Indian Space Research Organisation (ISRO). The two big components of the Gaganyaan mission were handed over to the Vikram Sarabhai Space Centre.

India's Gaganyaan mission is likely to be launched in 2024. It is India's maiden human space-flight mission. Notably, the mission was expected to launch this year. However, the launch was delayed due to the COVID-19 pandemic. 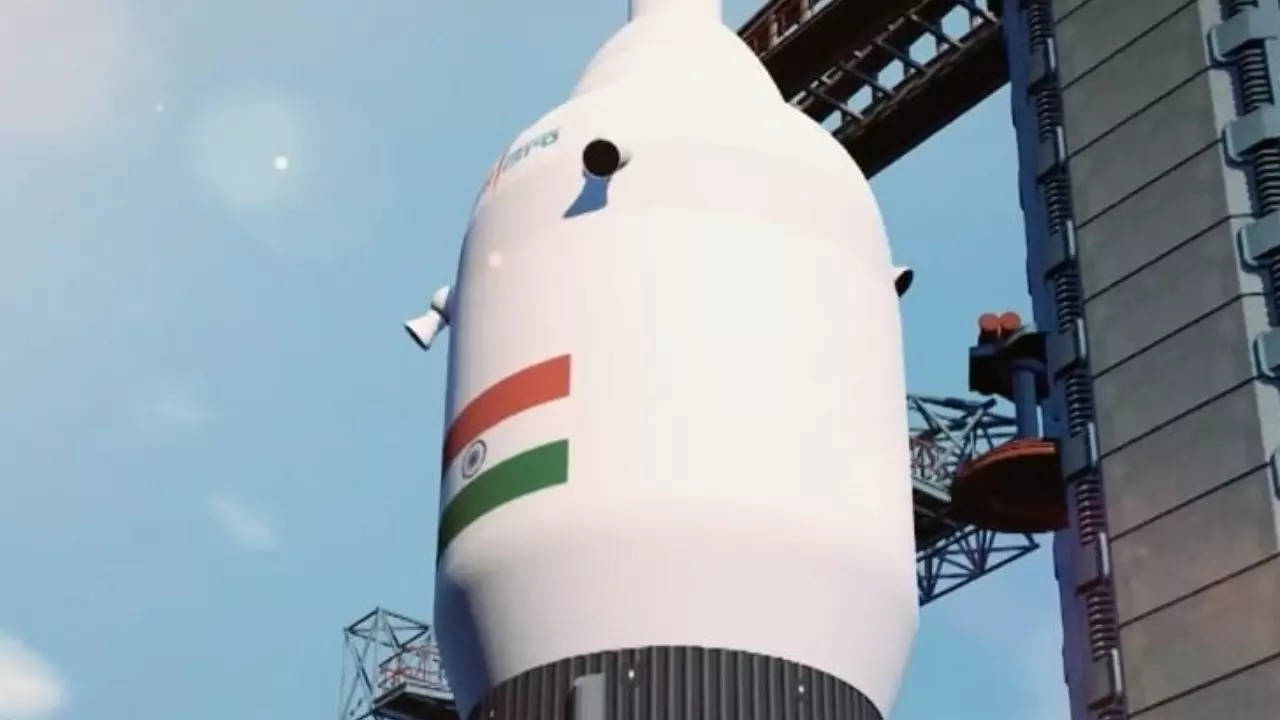 New Delhi: India's maiden human space-flight mission 'Gaganyaan' is likely to be launched in 2024. The development was confirmed by Union Minister of State (Independent Charge) for Science and Technology, Jitendra Singh.
Notably, the mission was expected to launch this year. However, the launch was delayed due to the COVID-19 pandemic. As per the minister, the mission was delayed as astronauts could not be trained in Russia after the outbreak of the pandemic.
The Indian Air Force has identified four fighter pilots for the "Gaganyaan". The crew for the mission had undergone basic training in Russia, reported news agency IANS. A female-looking spacefaring humanoid robot, VyomMitra, will reportedly be sent after the first test flight next year.
The total cost of the mission will be around Rs 9,000 crore. As part of the Gaganyaan mission, two unmanned flights and one manned mission will be launched. The Indian Space research Organisation (ISRO), will reportedly send two astronauts into a low earth orbit (LEO) in 2024.
The mission aims to lay the foundation for an Indian human space exploration programme in the long run. The main objective of the space programme is to demonstrate the indigenous capability of the country to send human space flight missions to LEO.
During the test mission, the spacecraft will be launched to an altitude of 15 km. Space scientists will simulate an abort scenario so that the return of the crew capsule to the Earth using parachutes could be ensured. The second orbital test flight will take the crew capsule to a higher altitude.
Quelle: TIMESNOW
+++
Astronaut training: Isro on global hunt for firms to co-develop key simulator
BENGALURU: The Indian Space Research Organisation