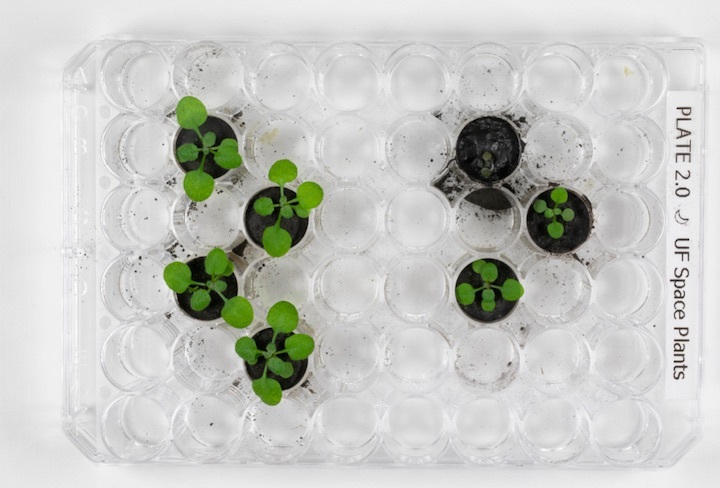 For the first time in history, researchers have used soil from the moon to successfully grow plants, according to a study published Thursday in Communications Biology. NASA, which funded the research, said the discovery paves the way for the possibility of harvesting plants in habitats on the moon in the future.

"We wanted to do this experiment because, for years, we were asking this question: Would plants grow in lunar soil," one of the study's authors Rob Ferl said in a statement Thursday. "The answer, it turns out, is yes."

Researchers at the University of Florida received moon soil, also called lunar regolith, from NASA to conduct the experiment. The small samples of soil came from the Apollo 11, 12 and 17 missions to the moon.

Using thimble-sized wells in plastic plates, researchers potted approximately a gram of lunar soil, moistened it with a nutrient solution and added thale cress seeds — a plant also known as Arabidopsis thaliana that's native to Eurasia and Africa and easy to grow. The researchers then put the trays into terrarium boxes and added nutrient solution daily, NASA said. A control group used volcanic ash as soil.

According to the study, the plants all germinated within 48 to 60 hours.

"We were amazed," said Anna-Lisa Paul, another one of the study's authors. "We did not predict that. That told us that the lunar soils didn't interrupt the hormones and signals involved in plant germination."

But by the sixth day, the plants in lunar soil began to grow differently than the control group of thale cress. Researchers found that the lunar regolith plants grew slower and displayed "stunted roots," NASA said. "Additionally, some had stunted leaves and sported reddish pigmentation."

After 20 days, RNA sequencing of the plants revealed that those grown in lunar soil were under stress and reacted in ways the plant typically would in harsh environments, NASA said.

"At the genetic level, the plants were pulling out the tools typically used to cope with stressors, such as salt and metals or oxidative stress, so we can infer that the plants perceive the lunar soil environment as stressful," Paul said.

The plants also reacted differently across lunar soil samples. The plants in soil from Apollo 11 were "not as robust" as plants grown in soil from the other two Apollo missions. The researchers pointed out that each mission collected soil from different areas on the moon.

With NASA's upcoming robotic missions to the moon's South Pole, scientsts said they will continue to research lunar soil.