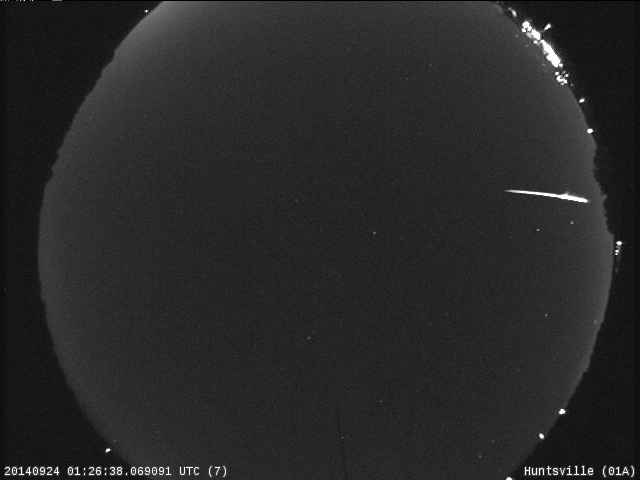 The good news is, the fireball that hurtled toward Earth on Tuesday night was small — a mere two-inch piece of meteor, according to NASA.
But it was still able to travel about 52 miles before it finally burned up about 32,000 feet above southern Tennessee farmland. And it was so bright that it could be seen in three states: Alabama, Mississippi and Tennessee.
NASA was able to catch a glimpse of the fireball in its meteor camera, according to WGXA-TV meteorologist Jeff Cox. The object was traveling at a whopping 46,300 miles per hour and was twice as bright as the planet Venus in the night sky.
NASA's meteor camera in Huntsville snapped a piece of asteroid blazing through the sky over the south of Tennessee on Tuesday evening. The chunk, measuring two inches, was travelling around 46,000 mph and eventually burnt up over Tennessee farmland.
Quelle: The Washington Post
Astronomie
« Zum vorherigen Eintrag Zum nächsten Eintrag »
3483 Views
Created with page4