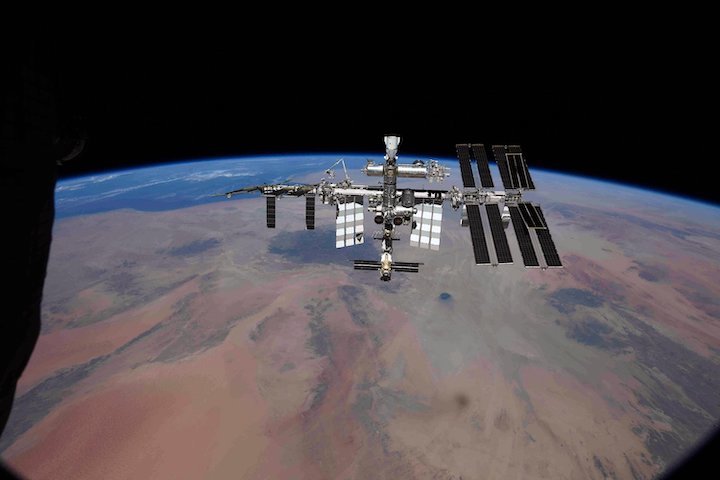 Novitskiy manually piloted the Soyuz MS-18 spacecraft during the 43-minute relocation maneuver. He flew the spacecraft in an arc along the length of the space station, allowing Dubrov to float into the Soyuz orbital module to snap pictures of the complex.

“All according to plan!” Novitskiy tweeted after the relocation. “We managed to take unique images of the ISS in the new configuration.” 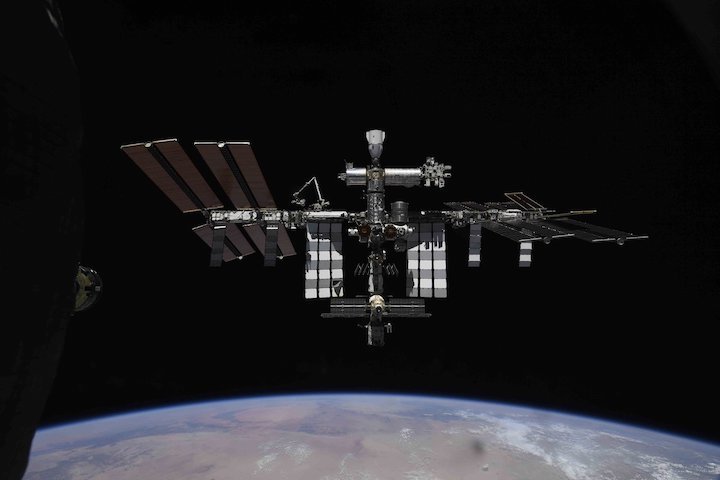 The space station turned to a special orientation, or attitude, for the Soyuz relocation Tuesday. In these photos, the forward end of the outpost is facing up, away from Earth.

A SpaceX Cargo Dragon capsule is seen docked to the forward port of the Harmony module. The Cargo Dragon undocked from the station Thursday and returned to Earth with 2.3 tons of equipment and experiment specimens.

A Crew Dragon spacecraft is also docked to the Harmony module, but is not clearly visible in these photos.

The circular, fan-shaped solar arrays of Northrop Grumman’s Cygnus supply ship are also visible, along with the newly-arrived Russian Nauka lab module, near the bottom of the station in these images.

Two new roll-out solar array wings are also pictured on the right side of the space station’s truss backbone. The roll-out arrays were installed in June during spacewalks after delivery to the space station by a previous SpaceX cargo mission. 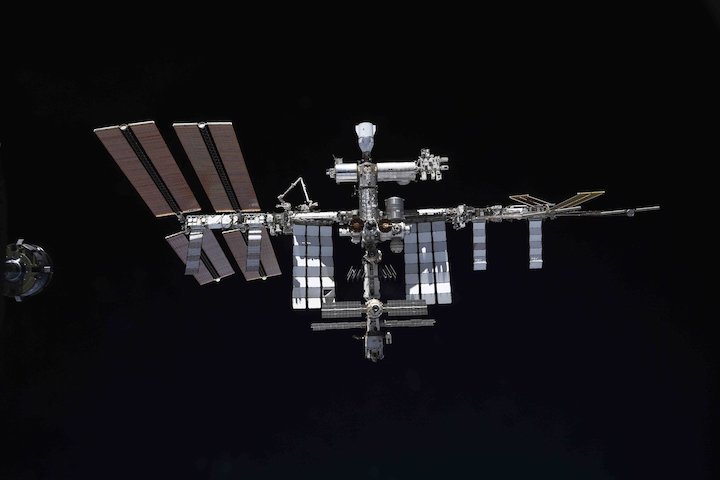 The new solar wings, produced by Redwire, are designed to augment the space station’s electrical generation capability. Two more pairs of solar arrays will be installed on the space station in the next couple of years.

The roll-out arrays unspool like a floor mat, rather than unfolding like an accordion. The arrays are canted at an angle from the space station’s original solar panels.

The Soyuz relocation cleared a path for the docking of a new Soyuz spacecraft at the Russian Rassvet module Oct. 5, three hours after launch from the Baikonur Cosmodrome in Kazakhstan.

Commander Anton Shkaplerov, a veteran cosmonaut, will lead the Soyuz MS-19 crew for the flight to the space station. Klim Shipenko and Yulia Peresild, a Russian film director and actress, will join Shkaplerov.

Shipenko and Peresild will spend 11 days on the space station to film a Russian feature length movie titled “The Challenge.” The two-person film crew will leave the station and return to Earth on Oct. 16 aboard the Soyuz MS-18 spacecraft with Novitskiy.

Shkaplerov will remain at the station for more than five months. Dubrov and Vande Hei, who launched in April, will also stay behind at the space station. Their stays in space were extended to make room for the short-duration mission by Shipenko and Peresild.

Dubrov and Vande Hei will now remain in space for nearly one year before returning to Earth with Shkaplerov in March on Soyuz MS-19.