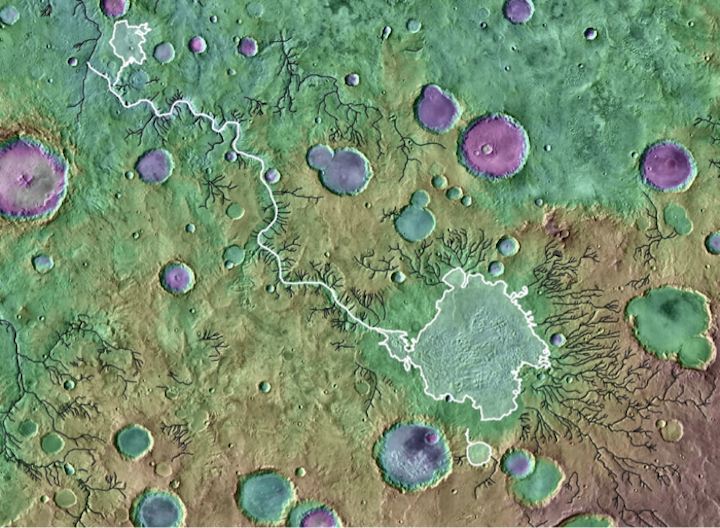 Catastrophic floods from overflowing lakes on early Mars may have carved out many of the Red Planet's valleys, a new study finds.

Although Mars is now cold and dry, decades of evidence suggest it was once covered with rivers, streams, ponds, lakes and perhaps even seas and oceans. One set of marks all that water left behind come in the form of a network of valleys etched across the Red Planet. Previous research suggested that flowing water carved the network during an era that mostly ended about 3.5 billion to 3.7 billion years ago, and the new study offers another perspective on this time.

The work builds on prior research that suggested that more than 200 Martian lakes filled with enough water to breach, triggering catastrophic flooding and sculpting out canyons. Despite this evidence that such floods could help shape the Martian landscape at local scales, on a global level, scientists had previously explained the Martian valley network with long-lived rivers that caused more persistent gradual erosion.

The researchers behind the new study suspected that these breach floods might have played a more important role on the Red Planet than previously thought because of the highly cratered nature of the Martian surface.

"The surface of Mars is covered in impact craters that act as perfect basins to pond and store water in, which then provide numerous opportunities for large lake-breach floods," study lead author Timothy Goudge, a planetary scientist at the University of Texas at Austin, told Space.com.

Goudge and his colleagues analyzed valley networks on Mars, focusing on those carved during peak river activity on the Red Planet. The researchers focused on valleys linked to ancient lake basins, in particular canyons that possessed floors with elevations higher than the floors of the lake basins where the two features connected, reasoning that the canyons likely formed when those lakes overflowed. 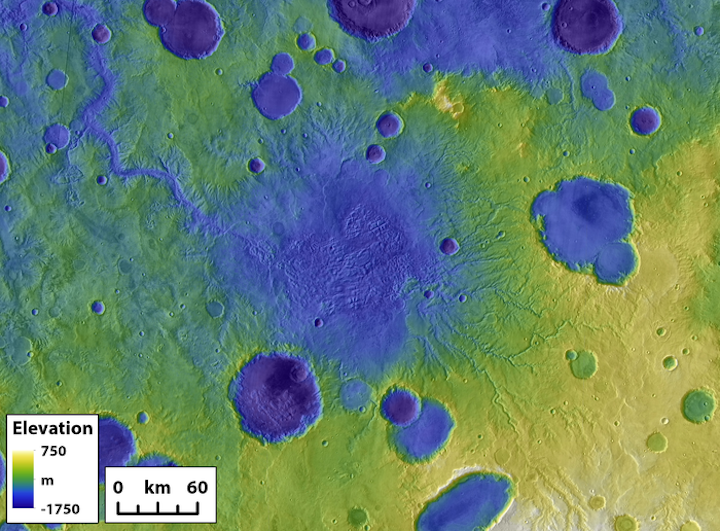 The scientists next estimated the volumes these floods likely excavated from the shape and size of the features. The researchers discovered floods from overflowing lakes likely carved out about 13,675 cubic miles (57,000 cubic kilometers) of volume, more than 10 times the volume of Lake Michigan. That amount is equivalent to at least 24% of the total valley volume on Mars, despite the fact that such flood-excavated canyons only represent about 3% of the total length of the valleys the researchers analyzed.

"Our finding that approximately one-quarter of the valley volume on Mars was carved geologically rapidly — on the order of days to months to years, as opposed to over tens to hundreds of thousands of years — was indeed quite surprising," Goudge said.

Goudge noted such lake-breach floods "were certainly very important on Earthat specific times," for instance, when glaciers melted during the end of Pleistocene, the epoch spanning from about 2.6 million to 11,700 years ago. The massive melt overwhelmed many lakes, he said, and "large glacial lake outburst floods carved massive canyons across the Pacific Northwest."

These new findings may have broad impacts on scientists' understanding of how the Martian landscape changed over time, Goudge said.

"For example, since the catastrophically formed lake outlet canyons are so much deeper, they would have influenced the longer-lived river valleys on the surrounding terrain, with the former acting as new conduits for the flow of water," he said. "This is just one example of why catastrophic lake-breach flooding really needs to be considered more consistently as we look to understand the evolution of Martian river valleys."

In the future, Goudge and his colleagues aim to develop computer models of catastrophic lake-breach flooding on Mars to shed light on the spatial and temporal dynamics of the phenomenon.

"For example, when we say these canyons were rapidly carved, we often get asked, 'How fast is rapid?'" Goudge said. "For this present study, all we can say is that it was geologically rapidly, where the difference between three days and three months or even three years is essentially negligible compared to tens or hundreds of thousands of years."

The scientists detailed their findings online Sept. 29 in the journal Nature.