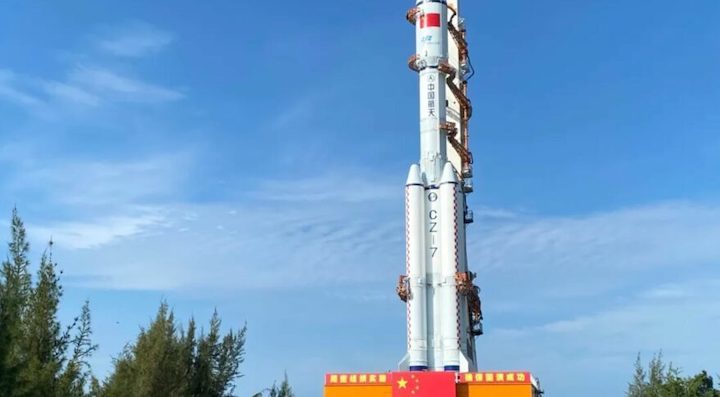 HELSINKI — China is preparing to launch its second space station cargo mission just as its Shenzhou-12 astronauts are set to return to Earth.

Tianzhou-3 is expected to carry supplies, equipment and propellant to the Tianhe space station core module in preparation for the arrival of Shenzhou-13.

The three-crew, six-month-long Shenzhou-13 mission is set to launch from Jiuquan, northwest China, in October.

Tianhe launched in April and is the first of three space station modules. It is currently in a 381 x 384-kilometer orbit inclined by 41 degrees.

The module had been hosting the three Shenzhou-12 astronauts Nie Haisheng, Liu Boming and Tang Hongbo since June 17.

The 90-day mission is China’s seventh and longest human spaceflight mission to date and is set to conclude Friday. The mission has included experiments, technology verification, outreach, Earth imagery and two extravehicular activities.

The crew entered the Shenzhou-12 spacecraft Wednesday and separated from Tianhe at 8:56 p.m. Eastern. The spacecraft then circumnavigated Tianhe and performed a radial, or R-Bar, rendezvous test, completing the maneuvers at 1:38 a.m. Eastern Thursday.

The radial rendezvous test did not include docking, instead acting as a test of required sensors and guidance systems, measurement accuracy and determining variables such as different lighting conditions when approaching from below Tianhe with respect to the Earth, instead of along the flight path.

Shenzhou-12 will reenter and land around 1:30 a.m. September 17, according to airspace closure notices. Whereas all earlier Shenzhou missions had landed in grasslands at Siziwang, Inner Mongolia, the return module will target Dongfeng in the Gobi Desert, to the northeast of the Jiuquan Satellite Launch Center.

Tianzhou-3 will mark the fourth of 11 missions for space station construction. The two experiment modules, named Wengtian and Mengtian, will launch in 2022.

The Long March 7 is one of a number of new-generation kerolox and hydrolox rockets developed by China over the past decade. Its main role is to launch Tianzhou cargo spacecraft.

The launcher is powered by 120-ton-thrust YF-100 and 18-ton-thrust YF-115 engines burning kerosene and liquid oxygen on the first, second and booster stages.

Tianzhou cargo spacecraft have a mass of up to 13.5 tons and can offer differing pressurized and unpressurized configurations. Tianzhou-1 was launched in April 2017 to test technologies crucial to establishing and maintaining a space station.

Tianzhou-2 launched in May and remains docked with Tianhe. It is expected to soon undock from the Tianhe aft port and dock with the forward docking port and test microgravity propellant transfer. Tianzhou-2 will then later be deorbited over the South Pacific. 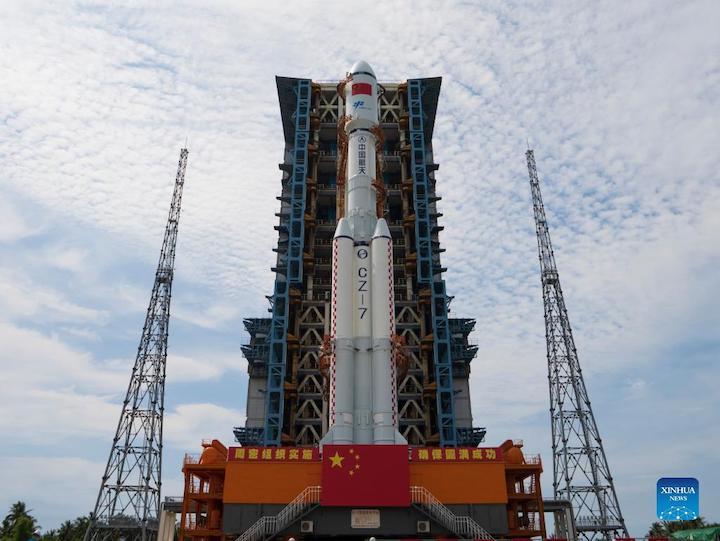 The combination of the Tianzhou-3 cargo spacecraft and a Long March-7 Y4 carrier rocket has been transferred to the launching area of the Wenchang Spacecraft Launch Site, the China Manned Space Agency (CMSA) said Thursday.

The CMSA said the Tianzhou-3 cargo spacecraft will be launched in the near future at an appropriate time.

The facilities and equipment at the Wenchang Spacecraft Launch Site are in good condition, and various pre-launch function checks and joint tests will be carried out as planned, the CMSA added. Enditem