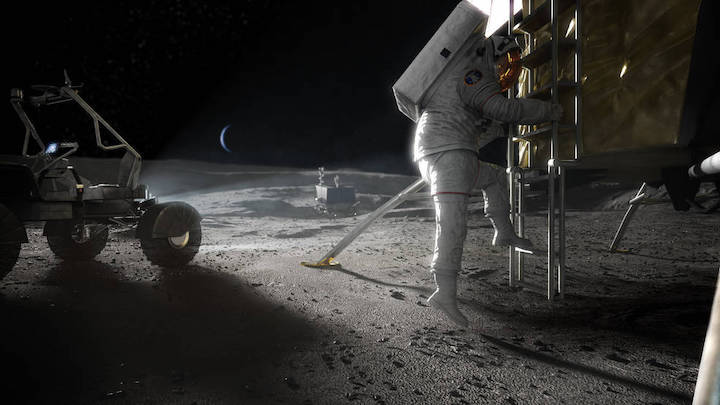 The awards under the Next Space Technologies for Exploration Partnerships (NextSTEP-2) Appendix N broad agency announcement are firm fixed-price, milestone-based contracts. The total combined value for the awards is $146 million, and the work will be conducted over the next 15 months. The companies that received awards and their award values are:

“Establishing a long-term human presence on the Moon through recurring services using lunar landers is a major Artemis goal,” said Kathy Lueders, NASA’s associate administrator for Human Exploration and Operations at Headquarters in Washington. “This critical step lays the foundation for U.S. leadership in learning more about the Moon and for learning how to live and work in deep space for future missions farther into the solar system.”

The work from these companies will ultimately help shape the strategy and requirements for a future NASA’s solicitation to provide regular astronaut transportation from lunar orbit to the surface of the Moon.

This opportunity is distinct from the initial crewed lunar landing demonstration mission awarded under the NextSTEP-2 Appendix Hprocurement, which will serve as the proof of concept for the Artemis architecture.

NASA’s goals under Artemis include enabling a safe and cost-efficient long-term approach to accessing the lunar surface and becoming one of multiple customers purchasing services in a lunar transportation market. Much of what the agency develops for the Moon will be applied to future exploration at Mars.

NASA’s Artemis missions include landing the first woman and first person of color on the lunar surface, sending a suite of new science instruments and technology demonstrations to study the Moon, and establishing a long-term presence there.