It was the third launch of iSpace's Hyperbola-1 rocket and the second failure in just six months. 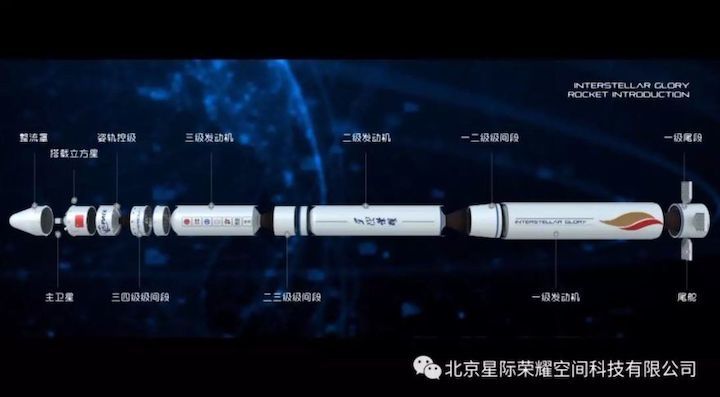 The latest failure of a Chinese commercial rocket may point to growing pains as the country opens its space sector to more private participation, according to a news report.

The flight test of China's Hyperbola-1 rocket, built by the Chinese company iSpace, was unsuccessful, China's state media outlet Xinhua reported. This is the second failure of this rocket type in less than six months.

The new rocket lifted off Monday (Aug. 3) at 3:39 a.m. EDT (1939 GMT), or 3:39 p.m. local time on Tuesday (Aug. 4), from the Jiuquan Satellite Launch Center in northwest China. However, following the launch, the rocket didn't send its satellite into orbit as expected.

"Abnormal performance was identified during the flight of the rocket," Xinhua said in a brief report. "The satellite, carried by the rocket, did not enter orbit as scheduled."

Typically, the one-party socialist republic government of China announces rocket launches via airspace closures around its various rocket sites and does not publicize many details about launch investigations, especially concerning failures. China has also been accelerating its pace of government launches in recent years, sometimes launching rockets just hours apart, according to state media reports.

In a report about the Hyperbola-1 failure, SpaceNews said that China moved to privatize some of its launches starting in 2014 in what appeared to be a reaction to the United States' growing emphasis on commercial spaceflight in the last decade, which has resulted in more launches from newer companies like SpaceX. The U.S. also hosts many startup space companies that are looking to embrace technologies like Relativity Space's 3D printing. These new startups aim to drive down the cost of launches in the long term, although most of these young companies have not yet sent rockets aloft.

SpaceNews pointed to a few examples of recent failures among Chinese private launches amid reported successes. For example, Chinese company iSpace suffered a failure of its Hyperbola-1 rocket in February, on only the second launch for the company. (The cause of the failure was falling foam isolation, according to SpaceNews.) Chinese private companies Landspace and Onespace also experienced failures in October 2018 and March 2019, respectively, while ExPace experienced failures of both its launchers (Kuaizhou-1A and Kuaizhou-11) in 2020, SpaceNews reported.

"A second failure [of Hyperbola-1] could have consequences in an uncertain, nascent yet crowded Chinese light solid rocket launch market," the SpaceNews report said, adding that other Chinese companies will likely seek to fill in the gap.

"Galactic Energy, which became only the second Chinese company to deliver a payload into orbit in November, is currently preparing for two launches of its Ceres-1 solid rocket in the coming months, placing it in a position to demonstrate a measure of reliability," SpaceNews stated.