Four Indian officers who were selected for the Gaganyaan Mission completed a one-year training course in Russia's Zvyozdny gorodok city near Moscow. 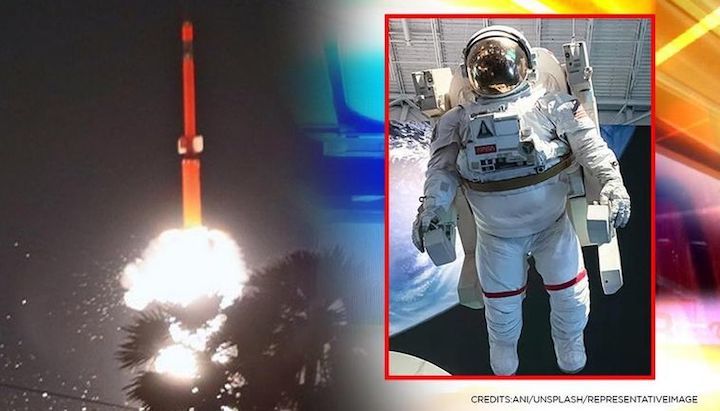 Four Indian officers completed their one-year training course in Russia's Zvyozdny gorodok city near Moscow. These officers have been selected to become an astronaut to crew Gaganyaan into orbit. The Gaganyaan mission is aimed at sending astronauts to space in an orbital spacecraft.

According to  ANI, Dmitry Rogozin, the head of the Russian state space corporation, said on his Telegram channel, "In the evening we met with Indian gaganauts who had completed their training at Gagarin Cosmonaut Training Center. We also discussed with the (Indian) ambassador the future bilateral space projects".

As per ANI, the contract for the training of Indian officers was signed in June 2019 between the Indian Space Research Organisation (ISRO) and Russian launch service provider Glavcosmos. The four pilots of the Indian Air Force (IAF) include a Group Captain and three Wing Commanders. On February 10, 2020, the training began but it was temporarily interrupted due to the COVID-19 pandemic.

After receiving training in Russia, the ISRO officials had said that these astronauts will now receive module-specific training in India. They will be trained in crew and service module designed by ISRO, learn to operate it, work around it and do simulations.

Prime Minister Narendra Modi-led government has sanctioned Rs 10,000 crores for the Gaganyaan project. Last month, Union Minister of Atomic Energy and Space Jitendra Singh had said the ISRO's Gaganyaan programme envisages sending humans into space. In a statement laid on the table of the Rajya Sabha, the Minister had said that the objective of the programme is to demonstrate the capability to send humans to Low earth orbit (LEO) onboard an Indian Launch vehicle and bring them back to earth safely.

On February 28, Indian Space Research Organization (ISRO) chairman K Sivan after the successful launch of Amazona-1 of Brazil and 18 other satellites. He said, "Definitely our hands are full. We are going to have something like 14 missions this year. Seven vehicle launch missions and six satellite missions, as well as our first unmanned space mission before the Gaganyaan-manned space mission".

"The Gaganyaan-manned mission involves sending three Indians to space by the end of 2022. The four test pilot chosen for this mission are undergoing training in Russia," he added with the hope that his team would rise to the occasion as usual and meet all the targets set by the space organization.