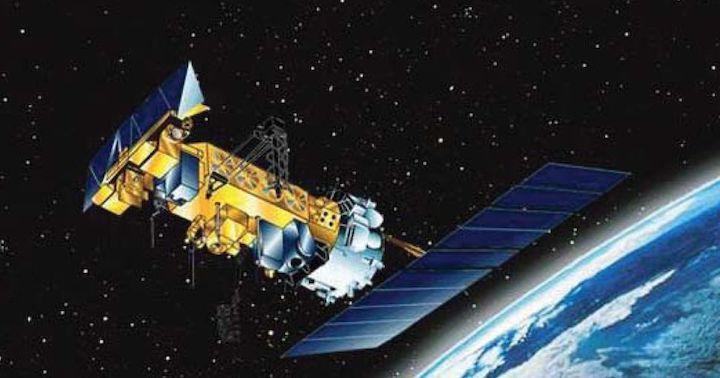 A U.S. weather satellite that retired eight years ago has fallen apart in orbit, breaking into at least 16 pieces of space junk, according to government representatives.

The satellite, dubbed NOAA-17 after the National Oceanic and Atmospheric Administration that operated it, launched in 2002 and was decommissioned in 2013 after its instruments began to fail. NOAA-17 broke up on March 10, according to the Space Force's 18th Space Control Squadron based in California, as was first reported by SpaceNews.

"At this time, the debris poses little threat to the International Space Station or to any other critical space assets," NOAA officials wrote in a statement.

NOAA-17 was one of a suite of satellites that the agency launched to monitor weather conditions, constantly looking down at a swath of Earth experiencing morning conditions, according to the agency. During its operations, NOAA-17 orbited Earth from pole to pole at an altitude of about 500 miles (800 kilometers), according to the World Meteorological Organization.

The International Space Station zooms around Earth at an average altitude of about 250 miles (400 km).

Although the satellite had a design lifespan of three years, according to NOAA, the agency was able to use NOAA-17 for nearly 11 years before retiring it in April 2013 due to instrument failures. At that time, spacecraft managers took several steps to reduce the odds of interfering with other satellites, according to a NOAA statement about this month's breakup.

"When it was decommissioned, NOAA satellite operations turned off all the spacecraft transmitters, disconnected the batteries, opened thruster valves to deplete nitrogen and pointed the solar array away from the sun," agency officials wrote. "These steps were taken to ensure the satellite was as inert as possible and minimized the risk of radio frequency interference with other spacecraft after decommissioning."

Coincidentally, the 18th Space Control Squadron spotted another weather satellite's breakup on Thursday, this time of China's Yunhai 1-02, which launchedin September 2019. The squadron is tracking 21 pieces of debris from the incident, according to a statement.

The more pieces of technology in space — operational or not — the higher the risk that some will collide. And because of the incredibly high speeds of objects orbiting Earth, such collisions tend to make quite a mess of debris that can then trigger additional impacts. International best practices for satellite operationscall for pulling a spacecraft down far enough that Earth's atmosphere will destroy it within about 25 years.