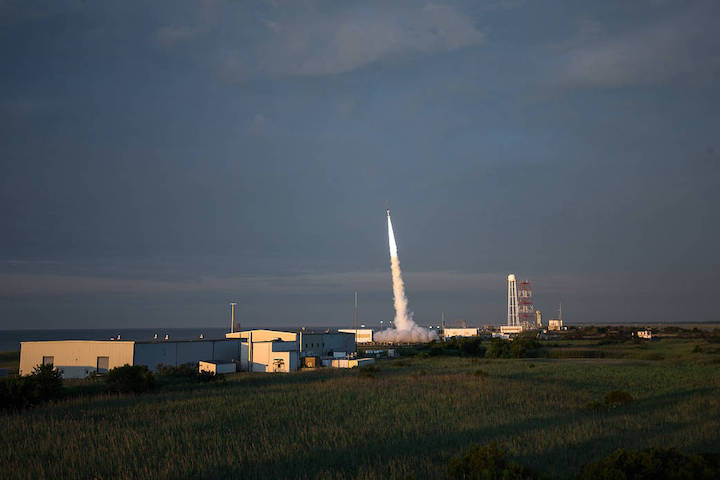 A three-stage suborbital sounding rocket is scheduled for launch the afternoon of March 3, 2021, for the Department of Defense from NASA’s launch range at the Wallops Flight Facility in Virginia.

The launch will study ionization in space just beyond the reaches of Earth’s atmosphere.

After flying to an altitude of several hundred miles and about 500 miles off-shore, the rocket’s payload will release a small quantity of vapor – an amount equivalent to about two BBQ grill propane tanks - into the near-vacuum of space.  There is no danger to public health or the Earth’s environment from the vapor release.

After the vapor release, colorful clouds may be visible over the ocean to residents in the mid-Atlantic and southeastern United States as the Sun illuminates the vapor before it diffuses harmlessly into space.

It dumped water vapor into the atmosphere for science. 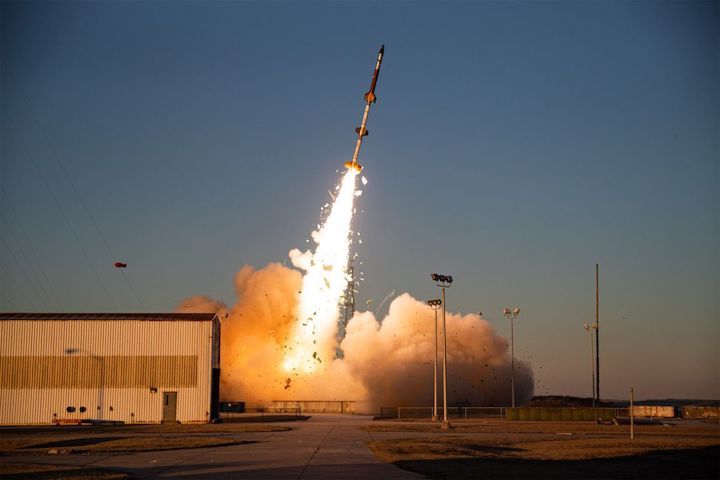 The U.S. Space Force launched its first small rocket flight of 2021 this month in a science experiment that dumped a bit of water vapor into the Earth's upper atmosphere.

A three-stage Terrier-Terrier-Oriole suborbital rocket launched from NASA's Wallops Flight Facility on Wallops Island, Virginia on the afternoon of March 3. No exact time was provided in press materials from NASA or the Space Force. 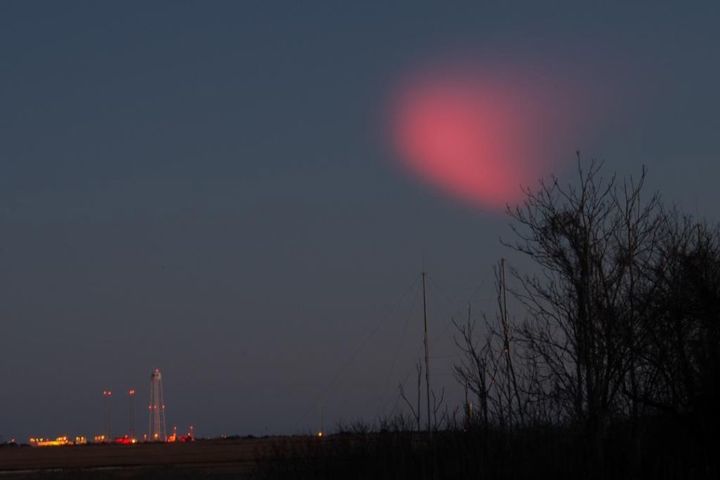 The rocket was studying the process of ionization — the process by which a molecule gains or loses electrons, which carry electrical charge. It flew to Earth's ionosphere, a zone of Earth's atmosphere filled with electrically charged particles.

The mission reached an altitude of "several hundred miles," according to a tweetfrom NASA's Goddard Spaceflight Center. The rocket released its payload roughly 500 miles (804 kilometers) offshore while still in the ionosphere.

Sounding rockets are typically used to run a science mission for a few minutes in space or in the upper atmosphere, often to study processes in the higher reaches of the atmosphere or at the edge of space.

These rockets are cheaper than conventional rocket launches and also provide more close-up detail on atmospheric processes than a satellite can, given satellites typically orbit several hundred miles or kilometers above Earth at the least.

The launch was the first Space Force small launch mission in 2021, and also the first sounding rocket launch under the Sounding Rocket Program-4 contract, the Los Angeles Air Force Base said in a statement. Under the program, Space Vector Corp. and Northrop Grumman received a $424 million multiple-award contract in 2018 to send sounding rockets aloft over seven years, according to Space News.

The March 3 launch took place with a vehicle built by Space Vector, with Kratos Space and Missile Defense providing the integration, interface and mission planning for the launch, the Los Angeles Air Force Base said.

Lt. Col. Ryan Rose, mission director for the launch, noted in the base statement that it only took 16 months to launch the rocket from its contract award, amid "the challenging conditions" the novel coronavirus pandemic presented since March 2020. He also said the mission "is a great example of innovation" in contracting practices, including using small launch contracts for experimental missions.