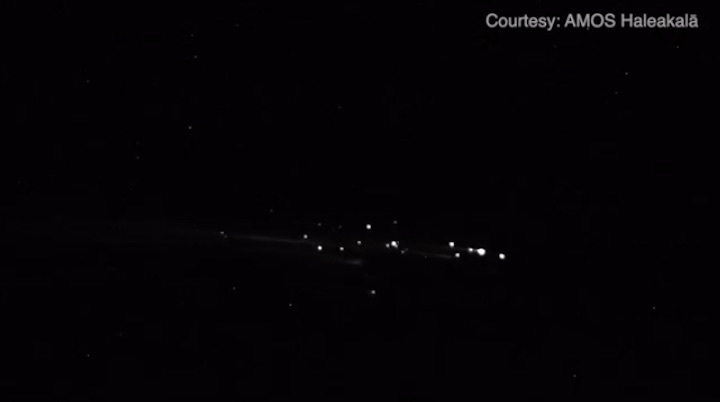 A UFO spotted over Hawaii on Oct. 24 was likely a spent rocket, according to experts.

Professor Richard Wainscoat, a professor at the University of Hawaiʻi at Mānoa Institute for Astronomy, believes that that lights, which sparked great interest on social media, were likely the reentry of a spent rocket booster. The rocket had been used to launch the Venezuelan satellite, Venesat-1, back in 2008, according to the University of Hawaiʻi

“The used rocket has been circling Earth since the launch, slowly losing altitude due to friction with the tenuous atmosphere in low-Earth orbit,” explained the university in a statement. “On Saturday, the booster made its final orbits.” 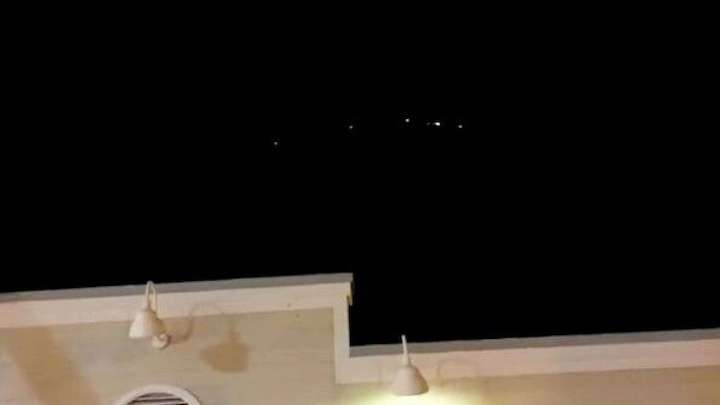 Wainscoat works with the Pan-STARRS telescope on Haleakalā. “Seeing a reentry is relatively rare for a specific location like Hawaiʻi, since we can only see the reentry if it occurs relatively close to us,” he said in the statement.

Footage obtained by SWNS showed the lights moving in the sky outside Splasher's Grill in Kailua-Kona, Hawaii, at 8:50 p.m. local time.

In 2017, a mysterious object in the night sky above Los Angeles was identified as United Launch Alliance Atlas V rocket from Vandenberg Air Force base.

Earlier this year a mysterious balloon-like “UFO” object was spotted over Japan. The object, which became a social media sensation, sparked speculation that it was a science experiment or a weather balloon.