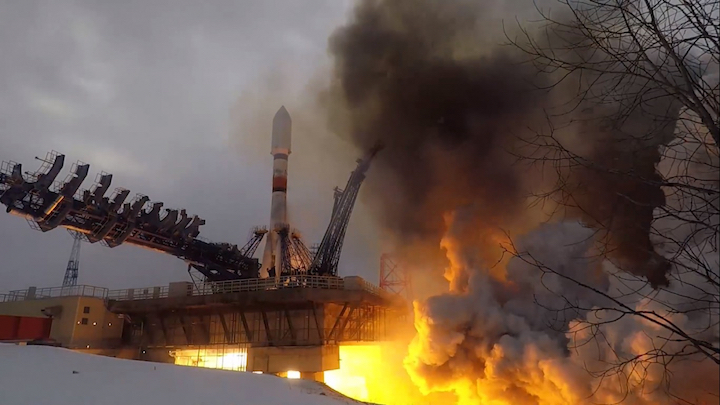 The Fregat booster has successfully placed the Glonass-K satellite into the calculated orbit, the Russian Defense Ministry reported.

"The Soyuz-2.1b middle class carrier rocket launched on Sunday, October 25, at 22:08 Moscow time from Plesetsk Cosmodrome in the Arkhangelsk Region has successfully placed the Russian Glonass-K navigation spacecraft into the calculated orbit in the scheduled time," the ministry noted.

The ministry’s information department pointed out that the launch and the operation were carried out as planned. It was also emphasized that the satellite was placed under control of the Russian Aerospace Forces’ ground aids. "The Russian Glonass-K navigation spacecraft <…> was taken under control of ground aids of the Titov Main Test and Space Systems Control Centre of the Russian Space Forces of the Russian Aerospace Forces," the ministry informed, adding that connection with the satellite was successfully established and is now maintained. Glonass-K systems are functioning as normal.