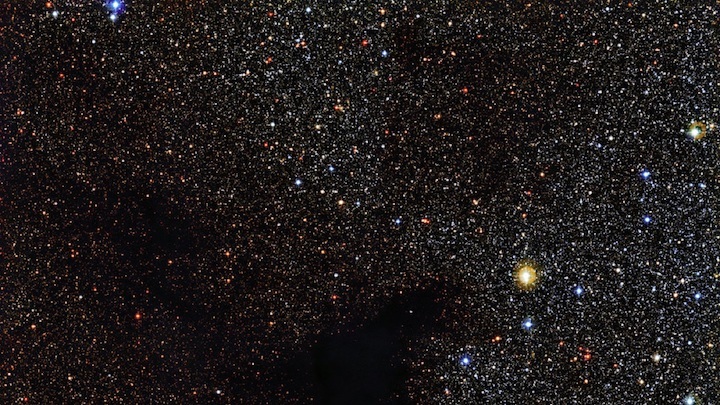 Stars churn out carbon much faster than previously thought, according to new measurements by Australian and Norwegian physicists.

“It’s a really surprising result, with profound implications across astrophysics,” says Tibor Kibédi, nuclear physicist at the Australian National University (ANU) and one of the lead researchers.

The measurement may have a major impact on our understanding of the formation of stars, elements and even the building blocks of life.

Stars are element-builders: in the churning nuclear furnaces at their cores, they fuse atoms of hydrogen and helium into progressively heavier elements over billions of years. The oxygen we breathe, the silicon in our devices and the calcium, carbon and iron in our bodies were all created in the heart of a distant, dying star.

Understanding the specific nuclear processes required to create each element is an ongoing goal for astrophysicists, but the creation of carbon has historically had them scratching their heads.

Stars produce carbon via the triple-alpha process, which requires three helium nuclei (otherwise known as alpha particles) to collide and fuse in a blindingly tiny fraction of a second. It’s such an unlikely process that astrophysicists have struggled to explain how carbon and the heavier elements beyond are so abundant in the Universe today.

Astronomer Fred Hoyle proposed a solution in 1953 with what science writer Marcus Chown termed, in his book The Magic Furnace, “the most outrageous prediction” ever made in science.

He predicted the existence of an exotic, excited state of carbon that nearly matches the energy of the triple-alpha process. Known as the Hoyle state, he suggested it would act as a stepping stone to the production of stable carbon – but even then, chances are slim.

“For every 2500 Hoyle state nuclei produced, only one transitions to stable carbon,” Kibédi explains. “The rest fall apart.”

Direct measurement of the rate of carbon production rate is tricky, so Kibédi and colleagues calculated it indirectly by observing two transitions within the Hoyle state – one using ANU’s Heavy Ion Accelerator Facility and the other using the University of Oslo’s Cyclotron Laboratory.

By combining the results, the researchers found that carbon is created 34% faster than previously thought – a huge jump. The new measurement is the first major update to this critical astrophysical quantity in over 40 years.

“It was really unexpected,” said Kibédi. “Nobody had looked at this particular measurement since 1976. Everyone assumed it was well-known.”

The results are published in two papers, one in Physics Review C and the other to appear in Physical Review Letters.

If this new measurement holds up, it would be a major event for stellar astrophysics, says ANU astronomer Meridith Joyce, who was not part of the research team.

“An increase in the carbon production rate like this would have a big impact on a lot of our models,” she explains. “It would affect our understanding of how stars change over time, how they produce elements heavier than carbon, how we measure the age of stars and how long they will last, how often we expect to see supernova explosions, even whether they leave behind neutron stars or black holes.”

Gayandhi De Silva, an astronomer at Macquarie University, agrees that the findings could have a flow-on effect through our knowledge of stellar nucleosynthesis.

Kibédi and colleagues therefore expect their value will be subject to scrutiny, but are optimistic that further research will confirm their results.

“It’s important that more experiments are done to settle this,” Kibédi says. “Our original plan here at the ANU was to observe decays from both Hoyle state transitions in a single experiment for the first time. I’m still hopeful we can do that.”

Further studying the production of carbon and other elements will not only improve our knowledge of stellar evolution, but also our understanding of life itself—since carbon is a chemical basis of all life as we know it.

Kibédi concludes: “Simply put, if the Hoyle state didn’t exist, neither would we.”