A bright fireball occured around 04h 08min UT over Brazil (Rio Grande do Sul state), when a very bright and 6-second lasting meteor was reported by nearly 40 witnesses, and captured by cameras. According to BRAMON (Brazilian Meteor Observation Network), it even “the night turned into day for a few moments” when the fireball intensely flashed. A light curve feature which is easily detected on the numerous videos of the event. 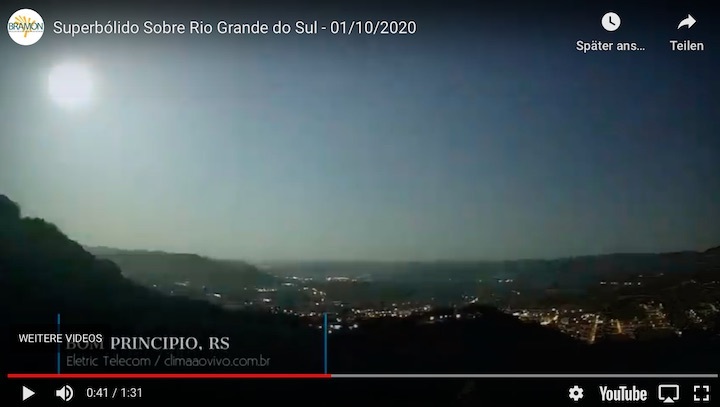 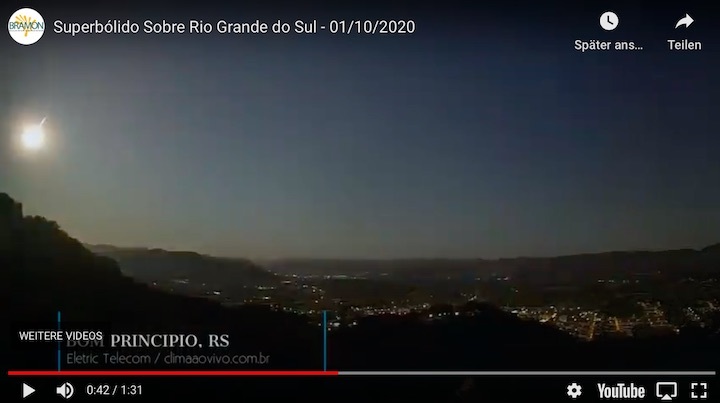 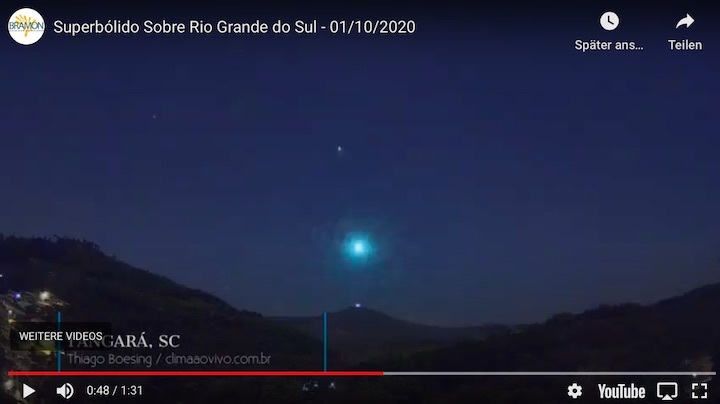 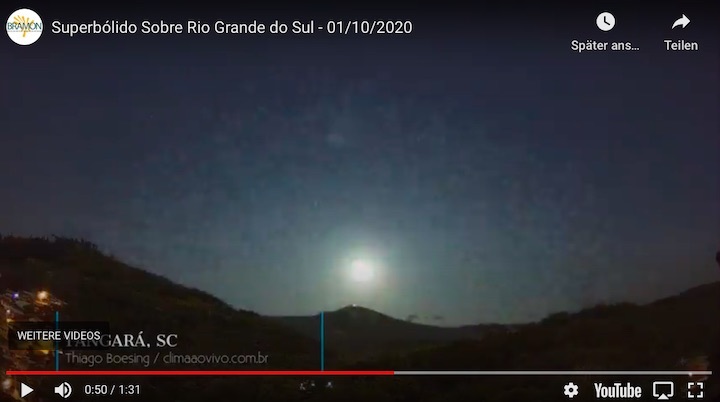 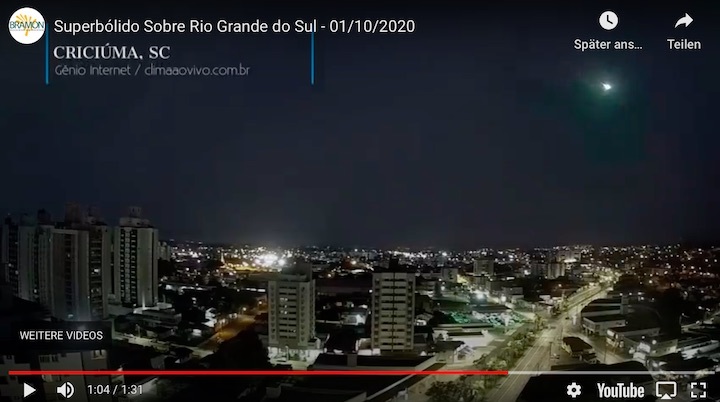 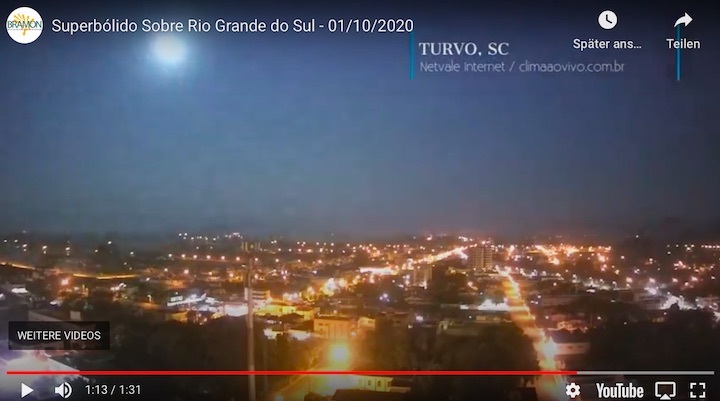 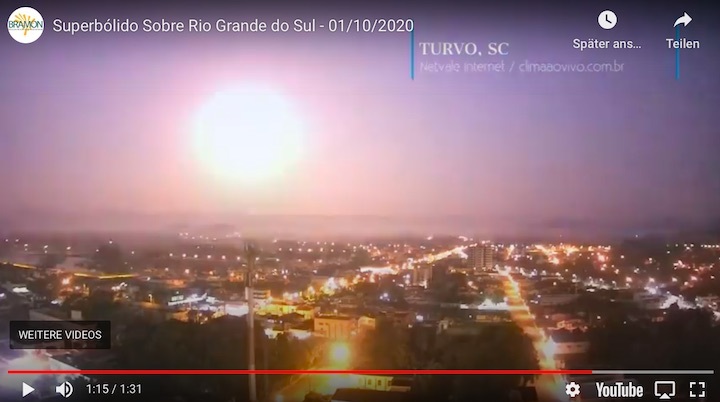 BRAMON first analysis of videos allows to build a rough trajectory for the luminous path of the meteor, which started being visible over Eastern Caxias do Sul, at an altitude close to 90 km. Fireball then travelled North with a 17 km/s initial atmospheric entry speed and an angle of 45° relative to the horizontal. Final flash occured when meteoroid was 22 km altitude over the city of Vacaria (Rio Grande do Sul).

A few hours before, at 21h 07min 41sec UT on September 30, another very bright fireball was recorded by FRIPON(Fireball Recovery and InterPlanetary Observation Network) and reported by 50 visual witness over central France. Videos analysis shows the magnitude of the fireball must have reached -12. Meteoroid mass was around 2.6 kg before it entered the atmosphere, but tens of kilometers below, only a few grams must have survived the atmospheric entry at a 19.5 km/s speed.

Video analysis showed the fireball became luminous between Thiers and Clermont-Ferrand, when it was 78 km high. It then travelled North-North-West (Az. ~ 335°) with a 28° inclination angle to disappear 90 km further, 30 East of Montluçon, at an altitude around 32 km.