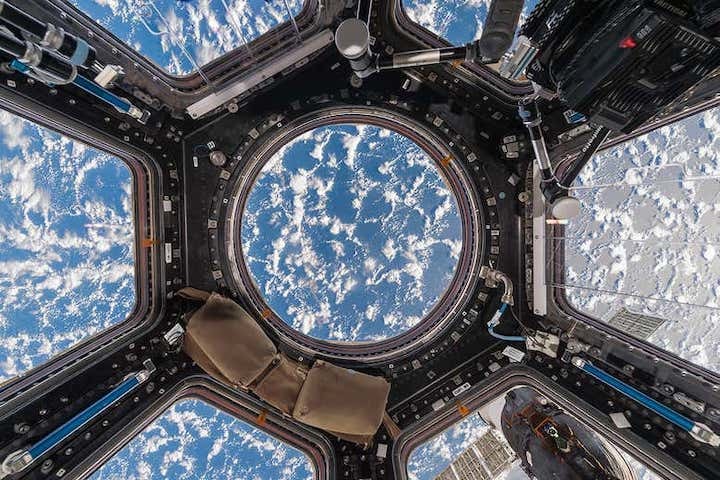 EARTH’s vast oceans look particularly spectacular when glimpsed through a flurry of wispy clouds from the International Space Station as it orbits 400 kilometres above the planet. This collaborative shot taken from Cupola, the ISS’s observation module, was created by Chicago-based photographer Roland Miller and Italian astronaut Paolo Nespoli.

The module’s seven windows allow astronauts to observe spacewalks and other operations outside the ISS. They are also ideal for enjoying panoramic views of Earth and space. Cupola’s outlook, especially from its 80-centimetre central window, is a massive improvement on the small portholes astronauts used before the module was installed in 2010.

This image is one of 200 in Interior Space: A visual exploration of the International Space Station by Nespoli and Miller. The book documents the workings of everything from the ISS’s labs and equipment to its research facilities on Earth. The shots of the space station’s interiors were taken by Nespoli under Miller’s direction.

Miller says the book’s photos “tell a broad visual story of the overall ISS program”. Interior Space is being published by Damiani to mark the 20th anniversary of continuous human habitation of space aboard the ISS on 2 November.